Swap out singing “Auld Lang Syne” at midnight for one of these New Year’s Eve celebrations in Europe! 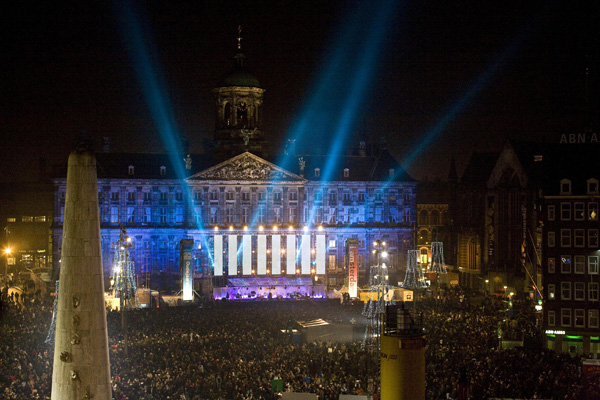 Studies have shown that the Dutch are among the happiest people on earth, so how about absorbing some of that cheer by welcoming the new year in Amsterdam? The New Year’s celebration in Amsterdam offers something for everyone. Budget travelers will love the pop-up (and often free) street parties in the historic centers of Rembrandtplein, Nieuwmarkt, Leidseplein and Dam Square. All of these areas will have small firecracker and sparkler displays, but Dam Square will feature beer tents and live shows for partygoers. The official city celebration takes place at the Oosterdok area where “The Amsterdam,” an 18th-century ship, and the Scheepvaartmuseum will serve as a backdrop to a grand fireworks display and concert. To prep for your big night out, fuel up with traditional Dutch sweet treats oliebollen (round donuts coated with icing) and appelflappen (apple fritters) at food stands around the city. Your diet can always start in 2014. 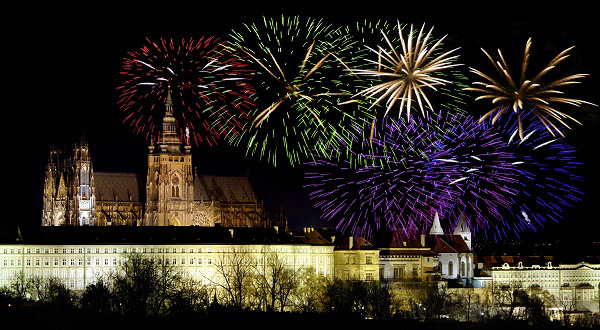 The romantic city of Prague turns into a fantasyland come wintertime, complete with snow-covered castles, bridges and old town squares. New Year’s Eve is locally known as Silvestr and is one of the most-popular holidays of the year. Although it is ofter overlooked, Prague hosts one of the most-impressive fireworks display in Europe over the Charles Bridge at the Old Town Square or Wenceslas Square. In addition to New Year’s Eve fireworks, Prague City Hall also puts on a fireworks display at 6 p.m. on New Year’s Day, so that families with young children can enjoy them as well. After celebrating all night on Dec. 31, Praguers enjoy a New Year’s lunch of lentils to ensure that the family brings in lots of money in the new year, and they avoid poultry as it supposedly blocks good fortune. 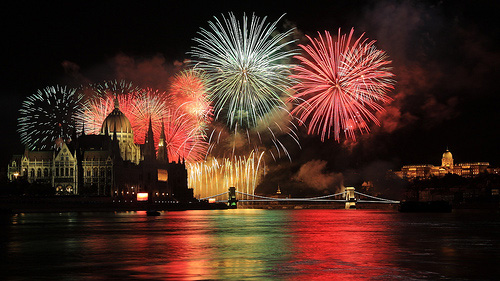 As if a fireworks display with the river Danube and the beautiful Chain Bridge as a backdrop weren’t enough, Hungarians know how to party. In Vörösmarty Square, New Year’s Eve is the culmination of a three-day celebration that starts on Dec. 30 and continues through New Year’s Day. Another party scene centers on Liszt Ferenc Square on Andrássy Avenue, a crowded street known for its cafés, restaurants and bars. To make the memory of New Year’s Eve in Budapest stand out from years past, the city’s Széchenyi Baths is hosting a New Year’s bath party on Dec. 30. After closing out 2013 with a bang, relax on New Year’s Day with Budapest’s long-standing tradition of concerts taking place at the Palace of Arts, Budapest Opera House and other locations around the city. 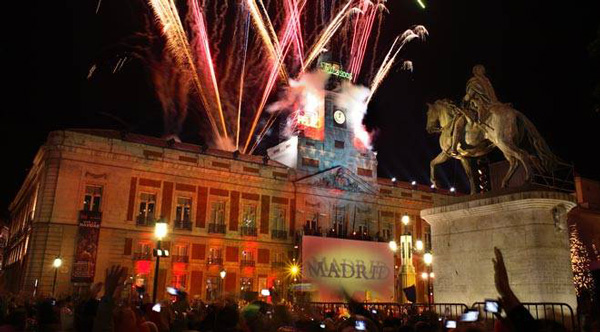 Most countries have their own food traditions for New Year´s Day, but very few countries have food traditions for New Year’s Eve. In Madrid and across Spain, Spaniards prepare 12 grapes to eat in time with the clock chime counting down to midnight. Yep, that´s one grape per second! It is believed that the 12 grapes represent the months of the year, and you will attract good luck and good fortune if you manage to get them all down before midnight. It’s not surprising to see crowds of people gathered under the Puerta del Sol clock in the center of Madrid inhaling grapes. After the clock strikes midnight, Madrid’s legendary nightlife takes center stage. Nightclubs and restaurants will offer all-inclusive menus (with cava!) and parties, often lasting until 6 a.m. 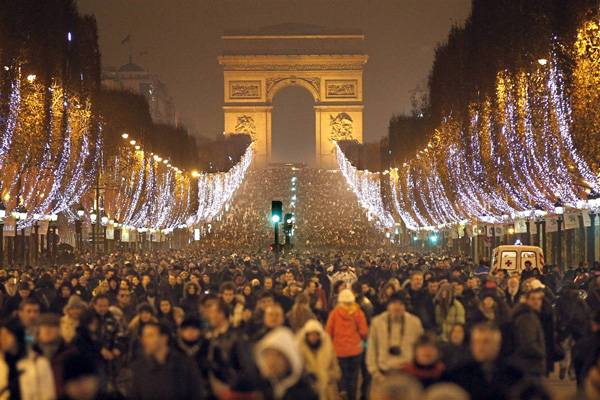 Contrary to popular belief, Paris does not have an official fireworks display as part of its New Year´s Eve celebration, but don’t worry! The City of Light glows brightly with plenty of things to see and activities to do to ring in the new year. To be in the center of the action, head to the Champs-Élysées with a picnic basket of bread, Brie and Champagne to prepare for the festive light show, or enjoy the dazzling light show at the Eiffel Tower. If money is no object, spend a pretty penny on a boat cruise on the Seine River, taking in the beautiful decorations and enjoying an extravagant dinner. For the club scene, try Flûte l’Étoile, Mix Club and Point Éphémère to dance into 2014!

Nordstrom’s Half-Yearly Sale Features a Ton of Brands Up to 60% Off — Including Le Creuset, Nike & More

All the Black Friday-Worthy Memorial Day Sales You Can Shop Now — Including Lululemon, Great Jones & HexClad