Tablets have become as essential as smartphones. You can’t go wrong if you buy one of these tablets this holiday season. 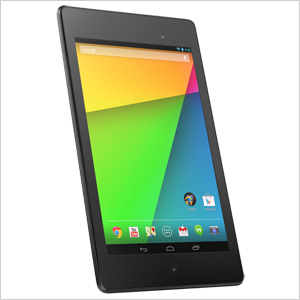 The 2013 Google Nexus 7 tablet receives excellent ratings for its newer design, making it slimmer, lighter and more comfortable to hold — so comfortable that you can easily hold it with one hand. Google and Asus have teamed up to make a remarkable upgrade to the 2012 Nexus 7, especially with regard to the screen, which grew from 1,280 x 800 pixels to 1,920 x 1,200 pixels on a new IPS LCD display. There are front and rear cameras and Fraunhofer surround-sound stereo speakers to help you enjoy all of your multimedia entertainment. The tablet comes with two internal storage sizes available — 16GB and 32GB (Google, starting at $229). 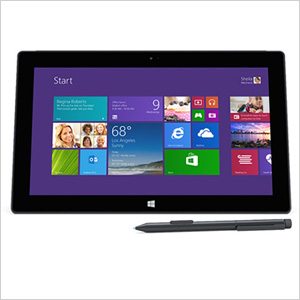 This is the best tablet for the professional on your gift list. With the Surface Pro 2, Microsoft hasn’t changed much. They’ve kept their design and display but have added a new kickstand (you know — the one that snaps in all of the commercials) so that it now has two positions instead of one. As most tablets don’t have any kickstand, that seems like a great addition. It runs Windows 8, has a 10.6-inch screen and has hard drives ranging in size from 64GB to 512GB — far larger than those of traditional tablets. Despite what you see in the commercials, the keyboard does not come with the tablet. It costs extra (Microsoft, starting at $899). 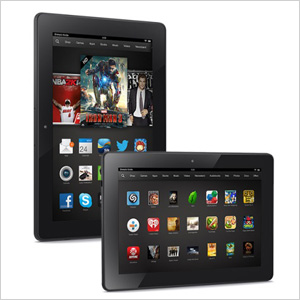 The Amazon Kindle Fire HDX has been called a high-end tablet at a mid-range price. It’s a full-size tablet with a display that puts even the iPad mini’s to shame. It has 2,560 x 1,600 pixels, so watching videos on it is a pleasure. The Kindle Fire HDX features two cameras, an 8-megapixel still with 1080p video on the rear and a webcam on the front for 720p video. One of the sticking points of the Kindle Fire HDX is that it offers a mashup version of the Android software. Optimized for Amazon products, there is no access to the regular Google Play store, so options are limited. It does have the live customer-service Mayday button to get you someone to chat with by video any time you need it, though. Storage sizes are 16GB, 32GB and 64GB (Amazon, starting at $379). 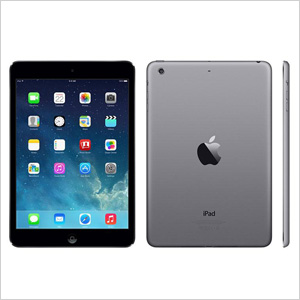 Apple recently introduced the iPad mini with Retina display. It has a 7.9-inch screen that has a higher resolution than your HDTV at 2,048 x 1,536 pixels. The new A7 chip features 64-bit architecture without sacrificing battery life, and it features the new iOS operating system and two Wi-Fi antennas instead of one. The mini may look the same, but it’s a whole new tablet. The new models now feature storage capacities ranging from 16GB to 128GB, their largest yet (Apple, starting at $399).

Other gift-buying ideas for the holidays