Even though summertime is by far Alberta’s most popular (and prosperous) time to visit, there’s something magical, enchanting and jaw-dropping beautiful about this province in the winter. Whether you’re an avid skier or a glorified snow bunny who prefers a crackling fire to blustery winds, there’s something to do and love in Alberta in the wintertime. 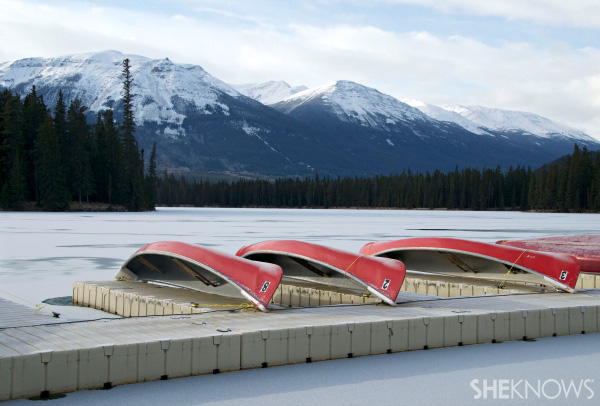 Unlike many Americans who cringe when snow is on its way, the people of Alberta embrace every snowflake with open arms. Whether skiing (there are over 30 slopes in Alberta alone), snowboarding, dogsledding, tobogganing, snowshoeing, ice skating or ice hockey, you’ll see an Alberta native outside in even the most extreme conditions. And as we looked around us at the jagged slopes of the Rockies, the wild elk, the grazing big-horned sheep and the locals driving by with snowboards on their car roofs, we couldn’t help but be in complete awe. It’s not hard to see why Albertans love where they live so very much. 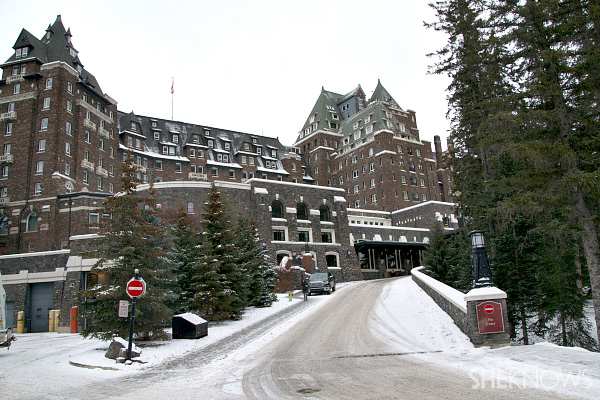 While in Alberta, book your stay at the iconic Banff Springs Hotel. The hotel, which has been around since the 19th century, sits at the base of the Rockies offering sweeping views of the mountains. Opened as a playroom for the rich and elite during the railway days, the opulent exterior mirrors a Scottish castle. The hotel has gone through a few renovations since its opening, such as the expansion of the Painter Tower. Many of the rooms are decorated in a luxurious and modern flair, most with views of the golf course or mountains. 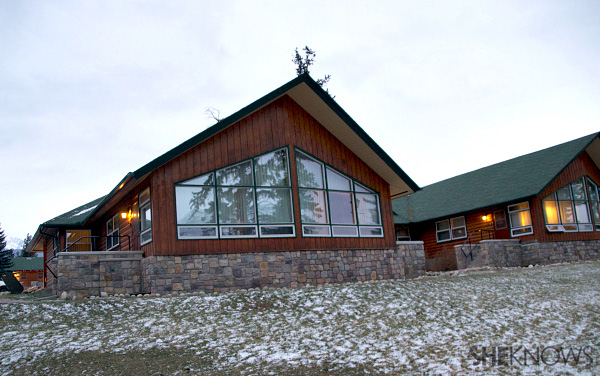 About four hours north of Banff is another tourist hot spot: Jasper. If you’re looking for an experience on the way to Jasper, book a ride on the VIA Rail. The train is about 16 hours from Vancouver, so you’ll want to stay in a sleeper car. The ride is beautiful, the food is good and the accommodations are more than comfortable. When in Jasper, stay at the Fairmont Jasper Park Lodge. The lodge, which is comprised of detached log cabins, sits on stunning Lake Beauvert. The lodge is beautiful, the views are stunning and the cabins are perfectly cozy with a tough of luxury. But what makes the Jasper Park Lodge one star above the rest is the staff. While you’re there, book a Reflections of Blue treatment, which is 90 minutes of pure bliss with a body scrub and massage with lavender. 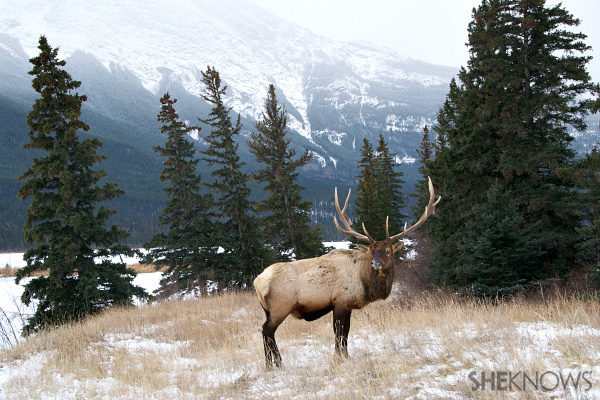 Jasper National Park is a great place to start your winter vacation. The park receives about 2 million visitors a year, with most visitors coming in the summertime. For a winter trip, book around the end of November or early December, which is when most of the slopes will be open for skiing and snowboarding. Although the tramway is closed during the winter, the Marmont Basin is known for the best skiing around Jasper. When you’re not on the slopes, take the Sun Dog Wildlife Discovery Tour around the park. Ask for Wes, who worked in the park for over 30 years and knows where to spot the elk and bears. Sun Dog Tours also offers one-of-a-kind ice climbing and ice hiking tours in the Columbia Icefields, which offer excitement, adventure and stunning views. 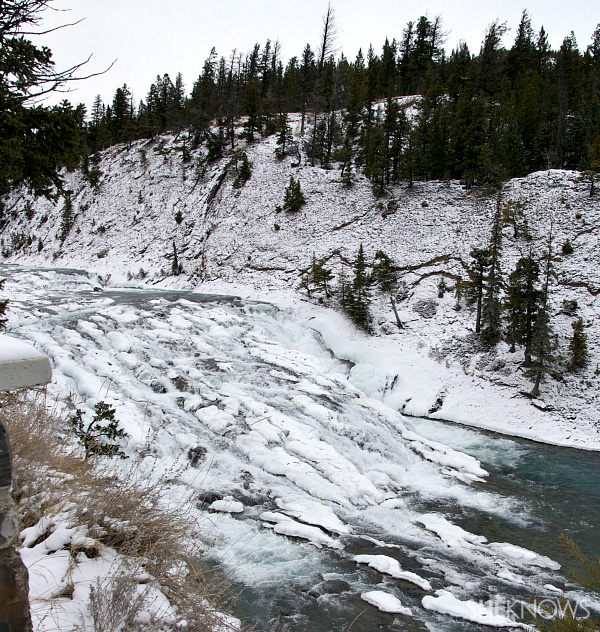 After a few days in Jasper, drive or take a charter to Banff, and visit the nation’s largest national park. Banff National Park receives over 4 million visitors a year, thanks to its hour-long drive to an international airport. There’s plenty to do in Banff during the winter, like skiing or snowboarding at Sunshine Village, one of the city’s most-popular slopes. If sightseeing is more your speed, visit the iconic Bow Falls, which are located right next to the Fairmont Banff Springs Hotel. For incredible views of the Rockies (and a little more adrenaline), try ice climbing at HI-Banff Alpine Centre. There are endless ice mountains, glaciers and walls to satisfy your climbing craving. After a cold day of climbing, check out the Banff Upper Hot Springs, where you can enjoy the warm waters as the snow falls around you. For those who love to shop, hit up the cute town of Banff for retail shops, as well as restaurants and museums.

Don’t let the mountains fool you into thinking there’s no local, fresh farm-to-table dining near the Rockies in Alberta. While in Jasper, visit Evil Dave’s Grill. This funky, modern restaurant with a cozy neighborhood-diner feel is not only recommended by tourists and guides, but by locals, too. We loved the baked calamari and the “Diabolical Tenderloin,” which was cooked perfectly and topped with sour cream, salsa and crispy onions! Another great bet in Jasper is Papa George’s. A local favorite that has been around since the early 1920s, Papa George’s sits right next to the Astoria Hotel. The food is distinctly Canadian, primarily due to the focus on and push for local ingredients. When there, step outside of your comfort zone and order the rabbit. It’s completely tender without any extra gaminess. 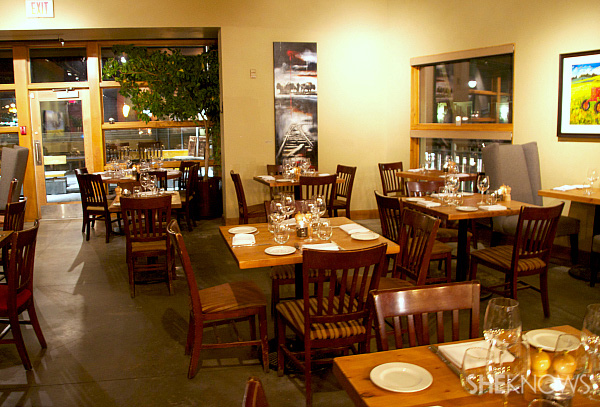 When you’re visiting Banff, we highly recommend the Bison Restaurant. Located right smack in downtown, it’s a popular restaurant for tourists and Banff residents alike. Chef Jen is constantly reinventing classic Canadian dishes and focuses on local ingredients, including poultry and meat. Ask for the bison tataki, which is served much like beef tartare. For dinner, try the pork chop, which is served alongside a fresh slice of apple turnover. If you’re looking for something more casual, pop in next door to The Bear Street Tavern, which features more pub-style food with a gourmet twist, like “The Bison” or “The Donair” (both made with local bison meat). Another great place to eat is the Balkan, a Greek-style eatery on Banff Avenue. This iconic restaurant has been around since 1982 and is easily one of the locals’ favorite places to unwind. Start with the Greek meatballs or the fried feta balls. For your entree, you can’t go wrong with the homemade moussaka, a cinnamon-spiced beef.

While all of the content on SheKnows reflects the honest opinion of our writers, Travel Alberta provided us with travel accommodations.

25 mins ago
by Tamara Kraus

Nordstrom’s Half-Yearly Sale Features a Ton of Brands Up to 60% Off — Including Le Creuset, Nike & More

All the Black Friday-Worthy Memorial Day Sales You Can Shop Now — Including Lululemon, Great Jones & HexClad