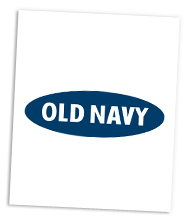 Sweet deals
on sweaters
and more

Old Navy started their Black Friday sales with a bang by offering a store-wide 50 percent off. That’s right — anything you find in the store during Black Friday is half off the original price! This deal only lasts Thursday and Friday so make sure you get there early! On Saturday the deal drops to 40 percent off the entire store, which is still a great deal. Old Navy is also one of the only clothing stores extending their sale all the way through Monday. Late shoppers can still enjoy 30 percent off the entire store on Sunday and Monday, which we think is an awesome deal.

With deals this hot, you can get organic sweaters for only $12 or a Sherpa-trimmed coat for as low as $33! Thermal tops for men, women and children will go for as low as $6. You could repopulate your entire wardrobe with deals this great! If you’ve got any men to shop for during Black Friday, make sure to stop by the jeans section, as Old Navy is offering them for as low as $15. Quality denim for less than $20 is music to our ears.

As an added bonus to all the doorbusters, Old Navy is also running an Overnight Millionaire contest. One lucky shopper will win $1 million! That will most definitely cover your holiday spending for the next few years! The first 500 people in line at each store on Thanksgiving Day will get a chance to win the million. That’s reason enough to skip on the turkey!

Finally, to reward their loyal customers, Old Navy is giving away 3 times the points from Thursday to Monday when you use your Old Navy card in-store and online. They are seriously stepping up their game this Black Friday!

The sales all start at 7 p.m. local time on Thanksgiving Day, but be sure to get there early for your chance to win the $1 million!