Unless you’re living off the grid, you’re going to have people on your list who want the season’s hottest electronics. Everyone has to have the best new gadget to play with. To help you decide which device to get for who, we’ve rounded up Samsung’s Black Friday deals for you. 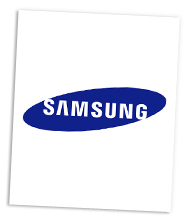 These Black Friday sales
are electric

Unless you’re living off the grid, you’re going to have people on your list who want the season’s hottest electronics. Everyone has to have the best new gadget to play with. To help you decide which device to get for who, we’ve rounded up Samsung’s Black Friday deals for you.

Samsung doesn’t need gimmicks or contests to bring shoppers to its stores on Black Friday. It sticks to straightforward price slashing to do the advertising for the company. And we must say, its sales are very impressive. The deals last from Thanksgiving Day until Cyber Monday, with some prices valid as early as Nov. 24. Even before these early sales, you can pre-order items on Nov. 20, assuring you’ll get your Black Friday buys a week in advance. That takes away all the stress of shopping, which is priceless to us.

The massive 38-page Samsung spread has deals on tablets, smartphones, HDTVs, cameras, laptops and much more. The most impressive sale is the 51-inch Plasma 4500 Series TV for nearly half off the regular retail price. What would normally set you back $850 is only $430 during the Black Friday sale. The slightly smaller 40-inch LED TV has the same huge savings costing $380 (down from $700).

Camera enthusiasts will be delighted with the deals as well. The most popular camera, the NX 2000 20.3MP Smart Camera with a 20-50mm lens and a 5-200mm lens, is down from $900 to only $650. That’s a steal for this high-quality, portable personal camera. If you want a little less power, but a more user-friendly camera, check out the WB800F 16.3MP Smart Camera with Wi-Fi capabilities. Samsung has taken $20 off this customer favorite just for this Black Friday sale. First-time users would love the ST150 16.2MP camera that’s on sale for only $80. It doesn’t matter what your skill level is, if it’s a camera you want, Samsung has it.

You can enjoy these deals and so much more when you sign up at Samsung.com. The pre-order deals and special sales that still haven’t been released yet will go to subscribers first, so if you’re looking for great electronics this year, head over there now to sign up. It’s never too late.