Vancouver is one of those cities you fall head over heels in love with just minutes of strolling the busy streets. Consistently named one of the world’s most livable cities, there’s always a new discovery to be made in and around “Vancity.” 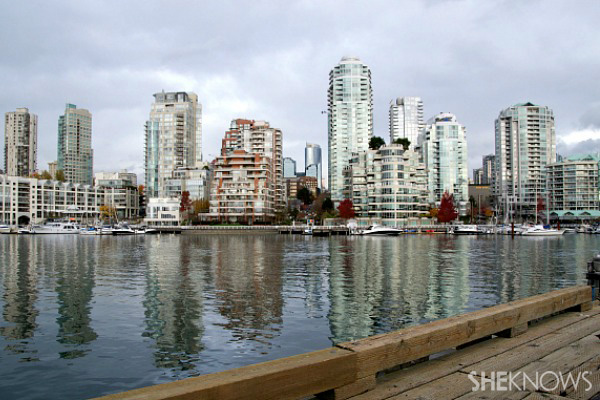 What makes Vancouver so incredibly enticing to tourists and locals alike? The allure of a big city with an oozing multicultural food scene and chic cosmopolitan flair paired with an abundance of natural beauty and outdoor adventures. Whether you’re an avid biker, runner or mountain climber, or a trendy hipster who lives for farmers’ markets and thrift shops, you’ll find there’s always something that will inspire and captivate you in Vancouver. 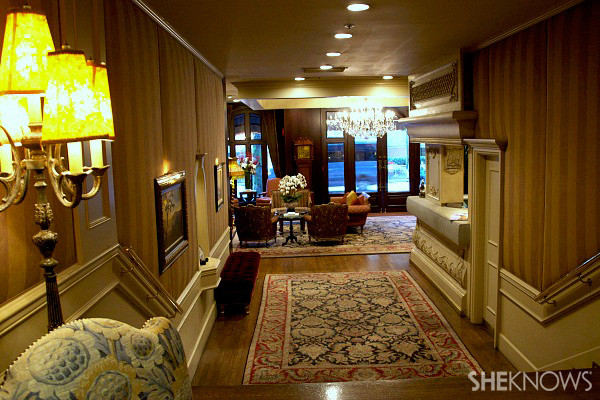 Our favorite downtown hotel is the Wedgewood Hotel and Spa, located right smack in the center of Vancouver on Hornby Street. What makes this hot hotel a favorite spot among locals is its proximity to Robson Square Park, a hidden gem that many people don’t know about. The hotel itself is managed by Relais and Chateâux, a luxury hotel group, but is still owned and operated by the family who opened it 30 years ago. Most of the rooms come equipped with a soaking tub in the bedroom and a private patio overlooking the park. The Bacchus Restaurant and Lounge also brings in people from all over the city due to its cozy and luxurious atmosphere and incredible local and seasonal food, like fresh-caught scallops over a house-made polenta. Rooms start at $250 a night.

If you want to live like a local while you’re actually being a tourist, book your stay at the Times Square Suites in the trendy West End. The location is unbeatable — just a 10-minute walk and you’re in Stanley Park, on the seawall or right smack in the center of the city on Granville Street. Unlike many hotels in the city, rooms at the Times Square Suites are all suites and come equipped with a kitchen, living room, bedroom and bathroom. This makes it easy for guests to shop at local markets (like Granville Public Market) and create their own meals at home. If that doesn’t make you feel like a true Vancouverite, we don’t know what will. One bedrooms start at $200 a night. 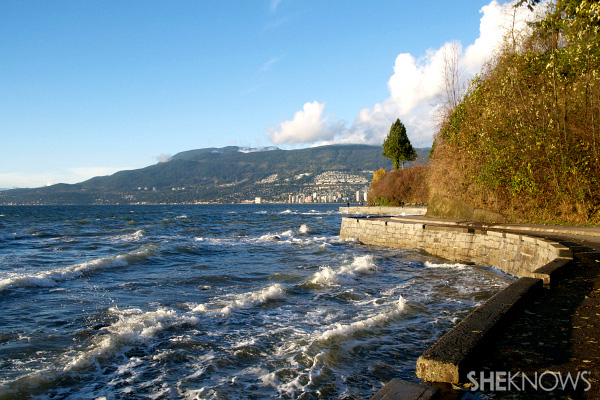 What makes Vancouver one of the best places to live, according to local Jorden Hutchison, is Stanley Park. One of the largest parks in North America, Stanley Park encompasses over 1,000 square miles and is almost entirely surrounded by water. The seawall is the most popular activity in the park and allows locals, visitors and their pets to walk around the edges of the park, offering stunning views of the mountains and Pacific Ocean. In addition, there are 17 miles of hiking trails, the Vancouver Aquarium, the Lost Lagoon and the 9 O’Clock Gun to keep you occupied. 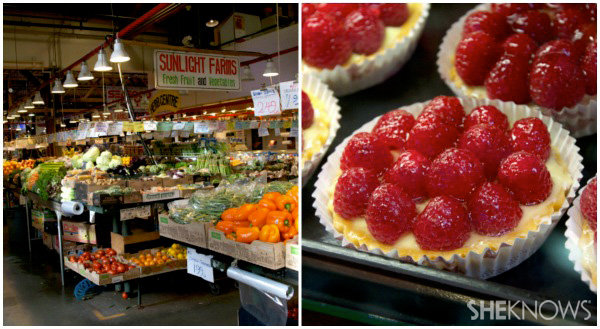 If you’d rather shop, head to Granville Island, which is just a few miles from the city center. Granville Island is home to one of the largest public markets in North America, the Granville Island Public Market. Inside you’ll find anything from fresh seafood to flowers, from locally forged mushrooms and cheese to hand-crafted sweets. For a truly local experience, hit up Artisan Sake Maker, a sake “winery.” Do a tasting to try all of the handmade, small-batch sake from the renowned maker.

Although it’s a bit of a “tourist trap,” FlyOver Canada, located on the Canada Place pier, is becoming a focal point for many locals, too. The new multimillion-dollar attraction is comprised of a virtual flight that shows you over 20 of Canada’s unique landscapes. Tickets are less than $25 a person, and it’s a great way to see the diverse country in less than 15 minutes.

Where to eat and drink 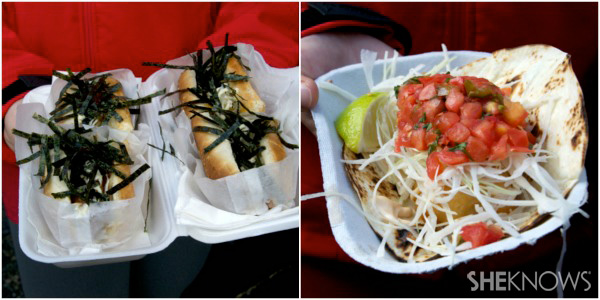 Unlike most U.S. cities that have had food trucks for years, the concept is still a relatively new thing to hit the streets of Vancouver. The best way to grab a taste of the city’s best trucks is to check out the World’s Best Food Truck Tour from Vancouver Foodie Tours. If you can, request Manuela, who is animated, excited and full of awesome foodie facts. You try five trucks in three hours, getting a bite from each famous cart. Our favorite trucks include Mom’s Grilled Cheese, Tacofino (get the fish tacos with chipoltle mayo), Japadog, Vij’s Railway Express and Le Tigre (the warm brussel sprout and vegetable salad is to die for). 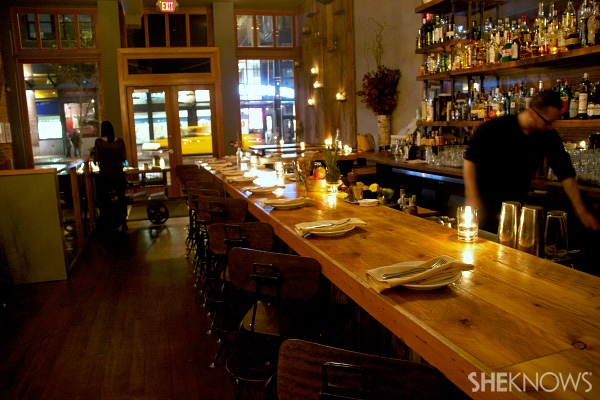 In addition to food carts, Vancouver has an incredibly vibrant restaurant scene. One of the best meals we had in the city was at Wildebeest, located on W. Hastings Street in the up-and-coming Gastown district. The food, which is farm-to-table rustic chic, is totally innovative and exciting. The menu changes seasonally, but you have to at least try the olives, which are smoked for a meaty flavor, the signature cocktail (made out of egg whites, gin and horseradish) and quail wings, which are stuffed with hay, fried in butter and drizzled with honey.

Another must-visit restaurant is Raincity Grill, located in the West End right near the popular English Bay Beach. Raincity coined the “100-mile menu,” which features food found within 100 miles of the restaurant. For many locals, the restaurant really pushed the whole “farm to table” concept and made it more of a second nature, not a trend. 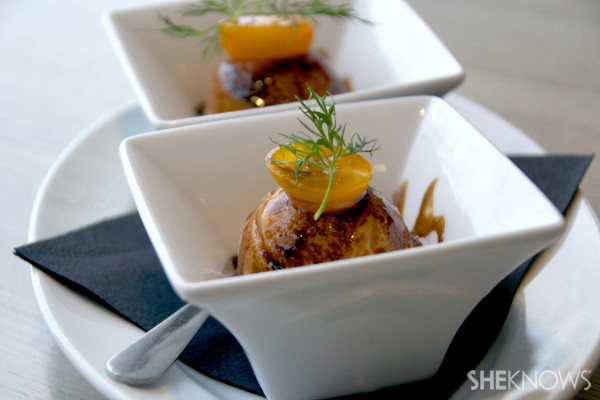 One can’t visit Vancouver (and see it like a local) without eating sushi. One of the best places in town (with one of the best views, too) is Miku, located right off Granville. Not only is the sushi incredible, the rest of the menu is all locally sourced and fresh. Opt for a Miku Zen, which gives you a taste of four seasonal tapas-style dishes, a plate of fresh sushi and soup. For something more budget friendly, try Toshi Sushi. The sushi melts in your mouth and is well worth the wait to get in.

While all of the content on SheKnows reflects the honest opinion of our writers, the Vancouver Tourism Board provided us with travel accommodations.

Honeymoon travel guide to Montreal, Quebec
Getting around Canada
A foodie’s guide to Toronto, Canada