Back before the advent of portable DVD players and iPods, children somehow managed to survive cross-country road trips using good old-fashioned imagination. Take a trip down memory lane on your next trip with these old-school car games for the open road. 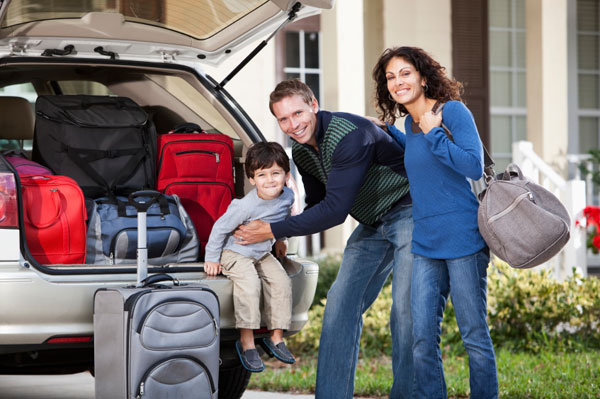 All you’ll need to play these games are a little imagination and perhaps a pen and a piece of paper. Have fun and bon voyage!

One player thinks of a person, place or thing. The other players can then ask that player 20 yes-or-no questions to figure out what the person is thinking about. Whomever figures it out wins, unless nobody figures it out by the twentieth question, in which case the person who thought of the person, place or things wins (and must tell the other players what it is). It’s like solving a puzzle without all of the small pieces!

Punching? Why, of course! Very little thought is required for “slug bug.” Just keep on the lookout for a Volkswagen bug (officially known as the VW Beetle), and when you see one, gently punch your seatmate while saying, “Slug bug!” You’re only allowed to punch if you’re the first person to see the bug.

A game of round-robin is an exercise in hilarious and creative storytelling. The first person starts the story with one sentence, and then each player takes turns adding sentences to the story in a predetermined sequence, adding just one sentence at a time. You can play the game out loud or pass the story around on a sheet of paper. There is no “winner” — play continues until people can’t stop laughing or until the story becomes so convoluted that they give up.

Before you hit the road, make a list of 10 to 15 state license plates for your scavenger hunt. Each player individually looks for the license plates on the list, and the first person to find all of them on the open road (not parked in gas stations, etc.) wins!

In the game of geography, the first player thinks of a location that can be found on a map. The location can be anything — a continent, city, mountain or landmark — it just has to be found on a map. The first player says the location he or she has in mind, and then the next player has to think of a location that starts with the last letter of the named location. For example, if the first person says, “Florida,” the next person has to name a location that starts with the letter “A.” The players take turns naming locations until someone takes longer than 10 seconds to come up with an answer. That person is out of the game, and the game continues until one player wins by being the last one remaining.

Before you depart, make bingo cards with items that you’ll see during the trip — like rivers, skyscrapers or historical landmarks. Each player marks the items on his or her card when he or she sees them during the journey, and the first person to mark items in a straight line from one end of his card to the other wins.

Head to the comments section to sound off about your favorite car games from childhood!

Our favorite road-trippin’ snacks
Checking in: New hotels of 2013
20 Road trips to take in your 20s