Because of its large naval base and shipping industry, Norfolk’s reputation used to be synonymous with crime, drunken sailors and rowdy officers. Now, thanks to massive development, building and park restoration, and an economic boom, this beautiful coastal city is finally getting the recognition it deserves. 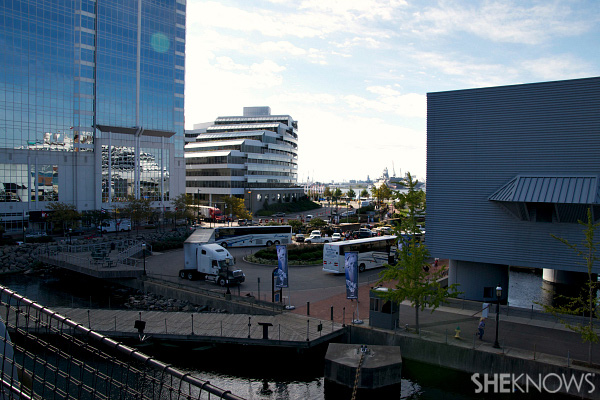 Even though it’s still experiencing growing pains, Norfolk is quickly finding its place. Now the second-largest city in Virginia, Norfolk is hard at work establishing itself as more than just a naval base. The city is home to PETA, Old Dominion University and the Chrysler Museum of Art, to name a few. Thanks to the university and art classes offered at the museum, the city is bustling with young people eager to make the city one of the state’s, and country’s, hottest art and festival cities. 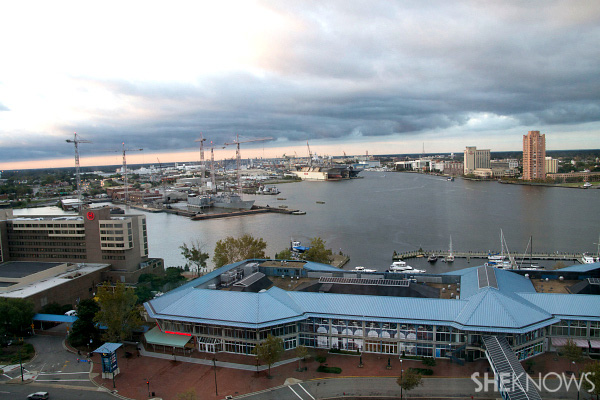 View from the Norfolk Marriott

If you’re looking for a room with water views that is right downtown, book your stay at the Waterside Marriott. Most rooms offer a stunning view of the Elizabeth River or the buildings and skyscrapers in downtown. In addition, you can walk to the city’s main attractions, like Nauticus, Town Point Park and the USS Wisconsin. Rooms start as low as $104 a night.

If you’d prefer something cozier, with more Southern charm, stay at the Historic Page House Inn. This B & B is rated four diamonds by AAA, but don’t expect any pretention. This lively bed and breakfast has spacious suites, welcoming innkeepers and a great location in the city’s burgeoning Ghent district, right next to the Chrysler Museum of Art. Rooms start at $145 a night. 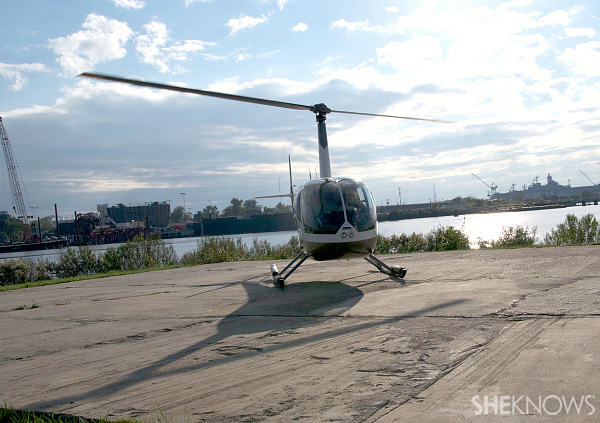 If you want to see the entire city and the landscape around it, take a helicopter tour of the city with Hampton Roads Helicopters. You’ll get to see the entire city (and even some of Virginia Beach) in just 15 minutes! The view is unbeatable and makes for some incredible photographs. If a helicopter freaks you out, try the Elizabeth River Ferry, which gives you the chance to see the coastline without being up in the air. If you’re a sailor, go on a sailing tour and ride with Sail Nauticus. The organization will allow you to rent a boat to take around the harbor. In addition, proceeds go to their nonprofit, which teaches at-risk youth how to sail. 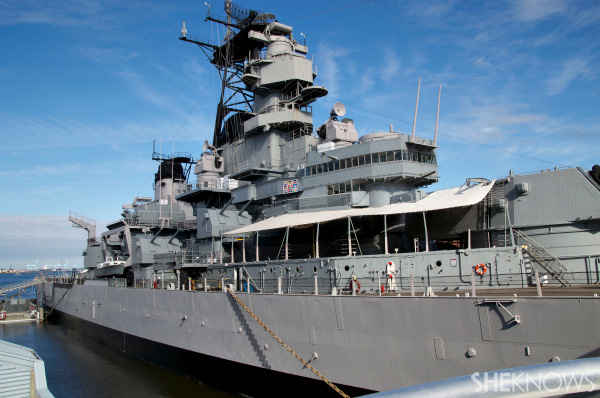 A trip to Norfolk isn’t complete without a tour of the incredible USS Wisconsin, which is docked right off Nauticus, the navy and marine life museum. The battleship tour can take one to three hours and will show you all levels of the ship, including the sailors’ living quarters and officers’ dens. Tickets are $16. While you’re downtown, walk over to Town Point Park, the newly redone park overlooking the river.

For something a bit more artsy, visit the Chrysler Museum of Art or the Willoughby-Baylor House. Both museums house stunning historical and art objects, while the Chrysler Museum of Art features live demonstrations on glass blowing and sculpting. The Moses Myers House, just down the street, is another beautiful museum that showcases American art and furniture the Myers family owned in the 1800s. 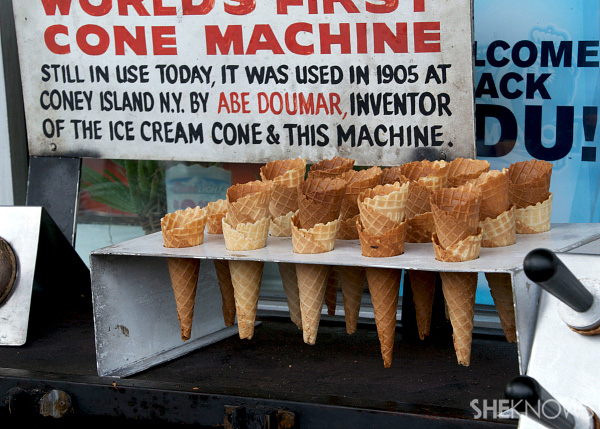 Even if you’re not big on ice cream, you have to visit the world famous Doumar’s. The restaurant has been around for 100 years and is still being run by the family today. Doumar’s is credited with creating the world’s first ice cream cones, and they still hand-make their cones on the same machine Abe Doumar used in the early 1900s. The traditional ice cream cone is a must-order and you can’t beat the less-than-$2 price tag.

For a fancier meal, date night or special occasion, eat at Byrd & Baldwin Bros. Steakhouse. Opened in 2006, Byrd & Baldwin is a traditional steak and chophouse, offering prime cuts of steak, fresh-caught seafood and creamy pasta dishes. Start your meal with the ultra-buttery escargot or the lump crab cake. Even though the seafood is great, Byrd & Baldwin’s is the place you have to have a steak. We loved the 6-ounce filet, cooked and aged to perfection. The food is impressive, but their private wine cellar in the basement is a work of art. Wealthy businessmen and private collectors rent out space in the basement to house their impeccable wine collections.

While all of the content on SheKnows reflects the honest opinion of our writers, Visit Norfolk provided us with travel accommodations.