Regardless of your political stance, Obamacare is the law… and it’s here. But how does it really affect your family? We have the answers to 10 of the most common questions. 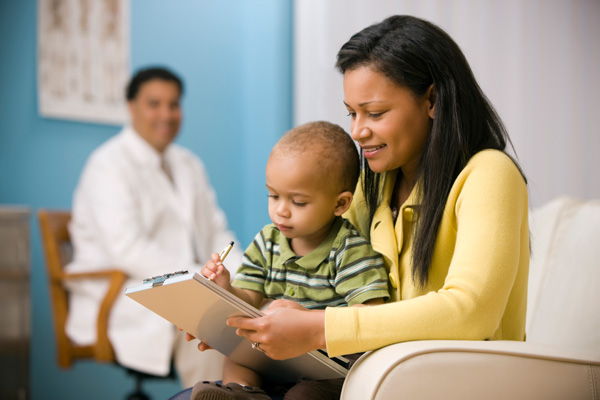 How much will we pay?

It depends on your age, whether or not you use tobacco products (except in California), where you live, the size of your family and whether you qualify for a subsidy.

For those who qualify for subsidies, the price of insurance will probably be cheaper than quotes they got before Obamacare — a family of four with an income of $50,000 in Texas could pay as little as $57 per month after subsidies. Use this online estimate calculator from the Kaiser Family Foundation, a nonpartisan health policy researcher.

Who’s required to get insurance,
and what happens if they don’t?

Almost all adults in the U.S. and their kids are required to carry health insurance by 2014 or face tax penalties of $95 per adult in the household or 1 percent of your total household income, whichever is greater. The tax penalties with rise over the next several years.

There are some exempt groups, though. Check Obamacare Facts for more info.

Will my job be affected?

Perhaps the biggest misconception about Obamacare is that millions of people will find themselves in serious danger of losing their jobs or having their hours reduced. Overall, you can relax. Small businesses may be exempt and will now have the option of offering coverage they couldn’t previously afford.

According to Forbes, companies that have tried to reduce hours to avoid the law have already taken very serious economic hits. Some (like Walmart) have admitted their misstep and corrected it.

The reality is, most large companies were already in compliance with the law before it was a law, so it won’t affect them. Some companies may have to tighten the purse strings, though. And it’s not impossible some people could be negatively impacted. But London-based trade group International Federation of Health Benefit Plans released survey results in May 2013 that showed 93.5 percent of U.S. employers didn’t expect a change in benefits.

What if I already have health insurance at work?

As long as your whole family is covered under your policy, you probably won’t be affected. People often discuss Obamacare as though it affects everyone. The goal of the law was to insure those who weren’t already insured.

The plans that individual states offer under Obamacare must provide certain minimum coverages (including mental health and substance abuse, prescriptions, rehab, preventative care, maternity and newborn care, and more). Children will also have access to oral and vision coverage.

Should we keep our employer-based health insurance?

Yes. If the coverages offered by your employer are considered affordable and meet the minimum value, you don’t qualify to purchase a plan on the exchange.

Can we still get coverage for children with disabilities?

If your child has a disability, you can get them covered under state-based exchanges and other plans without additional cost.

Can my adult child be on my insurance?

Your adult child will qualify to be on your insurance until they turn 26, even if they’re married or qualify for insurance through their employer.

Many children whose parents can’t afford insurance are eligible for coverage now through Medicaid or the Children’s Health Insurance Program (CHIP). Check your state’s requirements, as they do vary, but in most states, if your child is under 19 years of age with a family income of $45,000 or less for a family of four, they may qualify for Medicaid or CHIP now. The income ceiling is even higher in some states.

We plan to have more children.
What about maternity coverage?

Obamacare requires all new individual and small group plans to provide adequate maternity coverage (in addition to preventative services for women). This includes access to screening for gestational diabetes, breastfeeding support and supplies, and more. Better yet, you no longer require a referral from your primary care physician to see an ob/gyn.