We’ve looked at some of the best spots around the world for foodies, but this time we’re getting a little more focused. If you’re heading to Europe (or just need an excuse to go), take a look at our list for the best spots for hungry foodies. 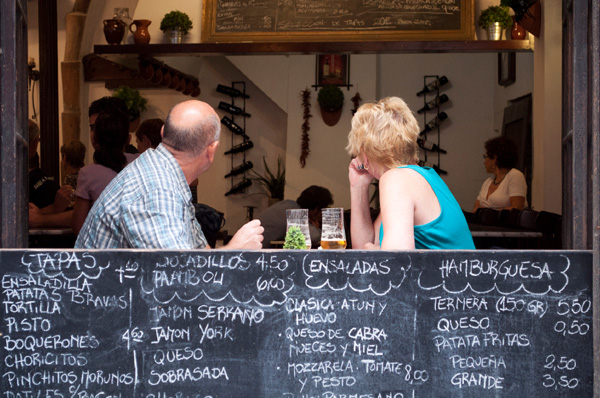 We caught up with Gilad Berenstein, travel expert and creator of Utrip, an online platform that makes trip planning easier and more fun, and asked him to share some his favorite foodie stops in Europe.

Spain’s capital is an ideal stop for any foodie interested in Spanish cuisine. “Madrid offers some of the best cuisine in the country. Locals and travelers alike love to indulge in the delicious tradition of an evening tapas crawl, hopping from bar to bar in search of spirits and snacks,” affirms Berenstein. He says that culinary adventurers flock to Cava Baja, which he describes as “a foodie paradise, which has swallowed an entire street and crammed it with great tapas spots as far as the eye can see.” Still hungry? Berenstein cites the Salamanca district as another ideal spot for an eating marathon, and one that’s not yet overrun by tourists.

You might head to Italy’s capital for the wealth of ancient sites and the fact the city is steeped in history, but you really should stay for the food. “What some may not know is that Rome also offers a unique combination of culinary options, ranging from the simple and traditional to the modern and decadent,” says Berenstein. “Rome offers its own unique style of Italian cuisine best enjoyed in the Eternal City.” He recommends heading straight for Testaccio, the best district in Rome for foodies. “This largely working- and middle-class neighborhood was the drop-off point for much of the empire’s food brought to its capital, thus Testaccio houses some of the best and oldest establishments in Rome.”

People head to Paris in droves for many reasons — art, shopping, culture, romance — and of course, food. “Considered the cradle of modern Western gastronomy, Paris and French cuisine have flung their influence around the globe. Renowned chefs from every corner of the world are drawn to the city, which boasts the second-highest number of Michelin-starred restaurants in the world,” notes Berenstein. Despite the focus on the grand and gourmet, he says that even budget travelers can enjoy the pleasures of Parisian cuisine. “Neighborhood brasseries serve hearty plates of steak-frites, creperies fold ham and eggs into delicate triangles of dough, and daily markets sell the freshest produce, meat and pastries around.” Not to mention fresh baguettes, croissants and cheese.

If you’ve never been to Monaco, it can be hard to define. “Mix up two parts Las Vegas revelry, two parts Parisian sophistication and a dash of Italian style, and there you have it,” says Berenstein. Based on this description you can be sure it’s worth visiting for the food. “Monaco brings together Mediterranean food, highly influenced by Italian cooking and ingredients but done in a French style,” he notes. But bring a fat wallet. Monaco is not a place for budget travelers nor budget foodies. But, says Berenstein, for anyone wishing for an unforgettable high-end meal, Monaco is the place to go.

You might not think of Prague when you’re thinking about top food destinations in Europe, but Berenstein tells us this city can certainly hold its own. “Czech cuisine is a mixture of flavors and ingredients from central and eastern Europe and has influenced the cuisines of many cultures,” he explains. “Known for stews, creamy sauces and of course, cabbage, contemporary chefs in Prague have elevated this food to a new level.” If you’re looking to expand your culinary horizons, a trip to Prague will be a tasty and interesting one.

A visit to Vienna is a must for foodies, since dining is one of the best cultural experiences to be had in the city, notes Berenstein. “Eat more than your fair share of Wiener schnitzel; after all, this is where the delicious fried dish was born. Spend a few hours in the historic cafes throughout your visit, and if you’re feeling extravagant, treat yourself to some of Europe’s best fine dining at Steirereck or Figlmuller,” he suggests. Budget travelers can fill up on a great selection of cheap street food stands, which can be found all over Vienna.

Along with Rome, Florence, in the heart of Tuscany, offers foodies an unforgettable experience. “Florentines are passionate about eating the local products of the fertile countryside that surrounds the city,” explains Berenstein. “By wandering through the local markets, learning from some of the best chefs in the region and finally tasting many delectable dishes, you will get a foodie experience unlike any other.” After a good meal, Florentines head to the banks of the Arno, where Berenstein says the gelaterias serve the best frozen treats in all of Italy.

Off the beaten path: Angers, France
Our 10 favorite restaurants in the South
Where to stay, eat and play on St. Kitts