Jessica Alba went dark for a hot minute, but she’s already back to her favorite ombre color. 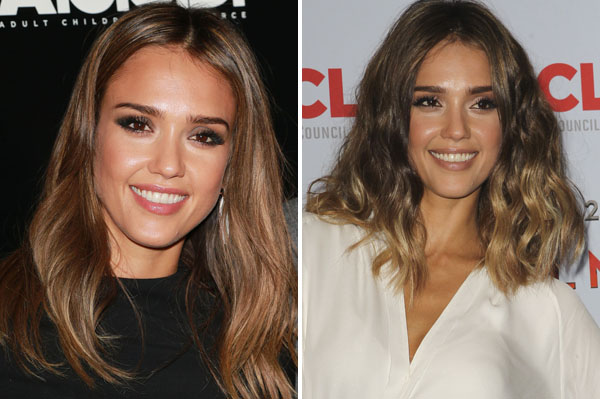 Jessica Alba is more willing to take fashion risks these days — and it’s all thanks to her two daughters, Honor and Haven. Case in point: The actress dyed her hair twice last week.

Yep, that’s right: Alba showed off some darker strands on Sept. 26 at the premiere of her new film, A.C.O.D.

“Love my new haircut @andels thank u!,” she wrote on Instagram after getting the change.

But, she apparently didn’t love the new color. The 32-year-old showed off her beloved honey-blond ombre look Saturday at the NCLA Alma Awards in Pasadena, California.

We love both looks, but all of that change can’t be good for her hair. Hope you have a good conditioner, Jessica!

So, how do her two daughters fit into her new view on style and beauty? Being pregnant taught her to embrace her body, no matter what.

“I was a lot more critical of my body when it was probably pretty awesome,” she told Health of life before babies.

“I was more willing to wear short skirts after I had my kids. I never wore them before. Ever. I was so self-conscious,” she continued. “Now I’m a lot more confident in my skin — because who cares? At the end of the day, it’s so much time spent on something that really doesn’t matter that much.”

She added, “Why did I not ever wear jean shorts? That’s so crazy. I was so skinny. I didn’t have any cellulite… what was I thinking?” 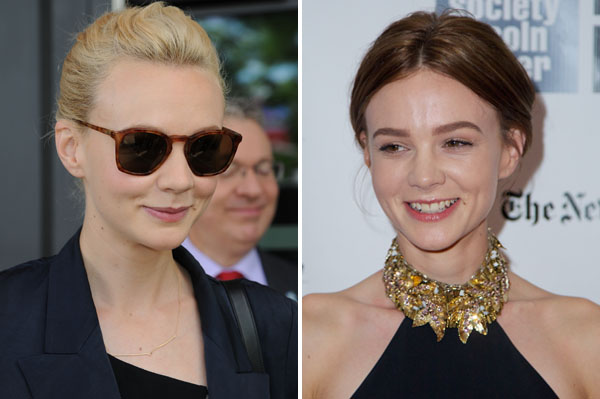 Alba isn’t the only celebrity embracing change. The Great Gatsby star Carey Mulligan ditched her trademark blond pixie hairdo for some brunette strands. Why so dark? It’s the only real way to change her hair these days. The actress told Time Out London in 2011 that her short hair isn’t exactly a voluntary thing.

“I dyed it peroxide blond for Public Enemies. It turned to straw. And I got stuck with the short hair thing,” she told the magazine, adding wistfully that she “loved” having long hair.

We think you look great either way, Carey!

What do you think of these star style switcheroos?