When you need a little me time, take a drive and listen to awesome tunes. After all, music is one of those little indulgences that is practically free and always makes you feel good — if you pick the right tunes, of course. These old-school jams always make us smile! 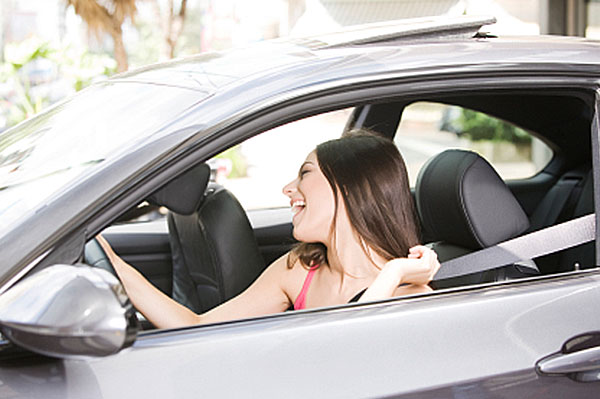 Featured on Bob Seger’s 1978 album Stranger in Town, “Old Time Rock and Roll” is the ultimate old-school jam. The song was featured in the 1983 flick Risky Business, in which a young Tom Cruise danced around and lip-synched to the song (using a candle holder as a microphone) in nothing more than a button-down shirt, undies and white socks.

“Girls Just Want to Have Fun”

There’s not a female out there who does not crank up the volume and sing along the moment Cindy Lauper’s 1985 hit “Girls Just Wanna Have Fun” is played. This feel-good tune is the perfect theme song for your girls’ day out or girls-only road trip.

Every woman can relate to listening to this song ad nauseum after a heart-wrenching breakup. We love Gloria Gaynor’s empowering mantra. Even if you haven’t suffered a breakup since college, this song is a must-have on your old-school jams playlist.

Before Mark Wahlberg became the A-list movie star he is today, he was the pants-dropping, abs-baring lead of the group Marky Mark and the Funky Bunch. Back in the ’90s, he had all of us wanting more “Good Vibrations.” And come to think of it, we could still use some today.

Tom Petty’s delivered countless classic tunes that could have made our list. But we think “American Girl” is the perfect upbeat, feel-good song for your jamming-out-in-the-car sessions.

Featured on The Boss’ (aka Bruce Springsteen’s) Born in the U.S.A. album released in 1984, “Glory Days” is a great song for reminiscing about the “good old days” as you cruise along.

Of course, we had to include a Madonna song on this throwback list! Though Madonna has popped out dozens of must-sing-along-to songs over the years, her “Material Girl” mantra is still our favorite.

Elton John and Kiki Dee’s darling duet “Don’t Go Breaking My Heart” is so upbeat and endearing, it’s hard not to want to listen to it again and again. So go ahead and put it on repeat — we won’t tell!

“Wake Me Up Before You Go-Go”

This 1984 hit by Wham! was actually inspired by a note that George Michael’s counterpart, Andrew Ridgeley, would leave on his bedroom door as a young boy to remind his mother to wake him up before she went (went) to work. Apparently the second “go” was mistakenly written on the note. We’re so glad they turned this sticky-note reminder into such a catchy hit.

Don Henley’s “Boys of Summer” will make you nostalgic for those carefree summer days and perhaps for an old romance that started as a summer crush. Whatever this song makes you think of, it’s the perfect top-down-on-the-convertible, wind-in-your-hair, volume-all-the-way-up kind of jam.

More on music and me time