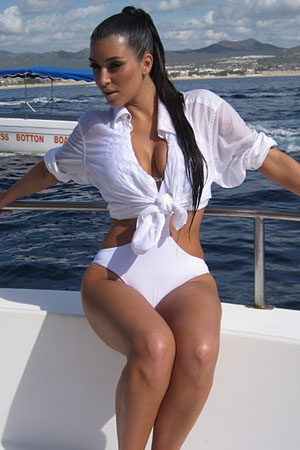 Kim Kardashian said she wanted to take some time off after the birth of baby North West — and she did, for a couple of months. However, the 32-year-old reality star is easing her way back into the spotlight with a new fragrance.

The girlfriend of Kanye West is gearing up to release Kim Kardashian Pure Honey, her sixth fragrance. The fragrance — created with notes of red rose, freesia, vanilla, musk and honey — is supposed to be a light scent that won’t overpower the senses.

So it sounds like a good choice for, say, moms with new babies who can’t risk overstimulating the little one’s sense of smell. That was precisely the point, according to Kardashian.

“I wanted Pure Honey to be both light and sweet but also powerfully seductive,” she wrote on her blog. “As women we all have these dual natures. We can be girly and playful but also tempting and captivating at the same time. Combining the two elements was the perfect way to capture our full femininity. I created it to be delectable and crave-able, like all beautiful women are.”

The Kardashians know the fragrance business, too: Women’s Wear Daily reported in 2011 that the family’s stable of scents is worth an estimated $50 million. That’s a lot of perfume, considering a bottle of Pure Honey will only set you back $68.

There is one fragrance that Kim wants to forget about: Love by Kim Kardashian, the scent she created for her ill-fated 2011 wedding to Kris Humphries.

“I thought it would be fun to create a special fragrance that represents this special time in my life! We’ve only produced 1000 bottles… one for me to wear on my wedding day, 200 for my bridal shower, and 799 for you guys!” she wrote on her blog in August 2011.

Let’s hope she managed to unload all of those bottles before the marriage went kaput — 72 days later!

Will you try Kim Kardashian’s new perfume, Pure Honey? Sound off below!

Katie Holmes wants to create her own fragrance!
Justin Bieber teases new fragrance, The Key
One Direction wants to make you beautiful