We spotted several trends at the 2013 Emmy Awards, including lots and lots of lace! These celebs spotted some seriously sexy lace looks on the red carpet. 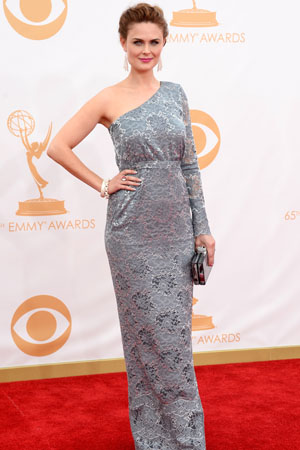 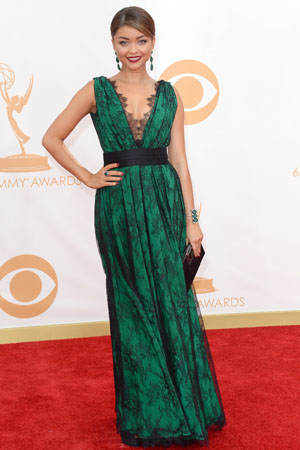 Modern Family‘s Sarah Hyland worked the emerald and lace in her CH Carolina Herrera dress. She completed the look with Giuseppe Zanotti shoes, a Swarovski clutch and Lorraine Schwartz jewelry. 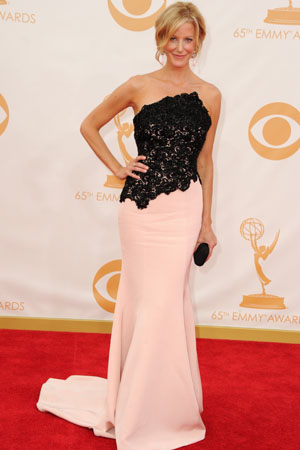 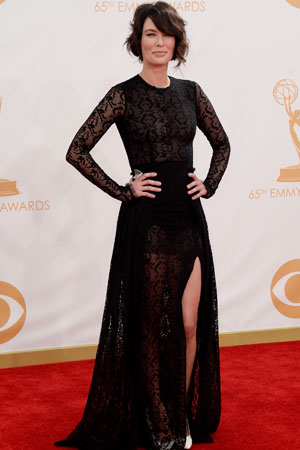 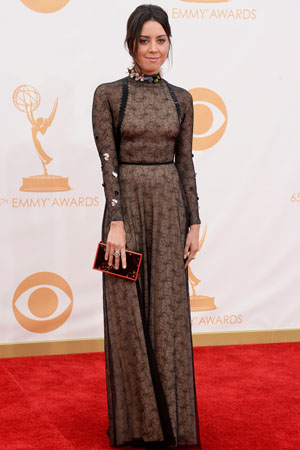 Parks and Recreation star Aubrey Plaza went gothic with her high-collared Marios Schwab dress. Not everyone could pull this off, but she does… and makes it sexy!

Who had the best lace look at the 2013 Emmy Awards? Sound off below!