Who doesn’t love a great beer — especially this time of year? Check out these top eight towns for beer! 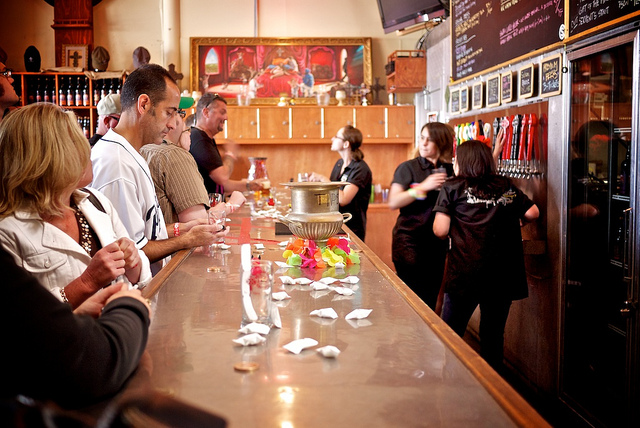 Did you know that beer was invented more than 5,000 years ago? It’s no wonder that drinking beer is one of our favorite pastimes. Personally, I’m a huge fan of fall beers. There’s nothing like drinking a pumpkin ale in cool weather among the fall foliage. Eventually, I would love to explore beer towns throughout the U.S. with my husband, tasting and delighting in the best beers around. Check out these top eight towns for beer!

If you’re looking for genuine craft beer, Oregon is your place, specifically Portland. Portland currently boasts the most breweries in the world, at 51 in the city and 70 in the metro area.

I know first-hand that the beer is good — extremely good — in Denver. Denver, along with the surrounding cities, is home to dozens of breweries and No. 1 for the most home breweries. Denver also hosts the Great American Beer Festival in every autumn.

Our favorite brewery: World of Beer in Cherry Creek. Hear live music as you sample some of the 50-plus beers on tap.

Those who live in Seattle aren’t just enjoying a good cup of coffee — they’re enjoying some of the nation’s best beer, too. Seattle is known for their variety of different beers. Whether you prefer light, dark, low-alcohol or pale ale, Seattle has a beer for you.

Our favorite brewery: Fremont Brewing. Fremont Brewing, which opened in 2008, offers a friendly, neighborhood vibe in their urban beer garden and uses only the best local ingredients in their beers.

Nashville is known for both its music and its beer. The city’s breweries are focused on creating beer with a distinctive local flavor. Nashville provides everything you’re looking for a on a Friday night out — great live music, familiar faces and ice-cold beer!

Our favorite brewery: Fat Bottom Brewing. Each beer is named after a vintage pin-up girl (Ginger Wheat Ale and Black Betty IPA, for example), and beers are served with cheese plates. What more could a beer-lover want?

Chicago is not only the best city for pizza, but it’s also ranked No. 1 for sports bars, according to Travel and Leisure. Good sports bars equal good beers — need we say more?

Our favorite brewery: Half Acre Beer Co. It started in 2006 in a spare bedroom, then moved to the fourth floor of an old factory and now has its own building in the heart of Chicago. All that in seven years — the beer must be good!

While most people visit San Diego for the beaches and tourist hot spots, beer connoisseurs are there for a different reason. San Diego is home to more than 30 breweries and ranks in the top 10 best happy hours.

Our favorite brewery: The Lost Abbey. They take beer seriously — very seriously. Check out their “Ten Commandments” of beer.

Cleveland has been a popular place to enjoy a cold one since the 1870s. With almost 150 years of experience brewing beer, brewers in this city can be considered experts!

Just because L.A. is all about being part of the scene doesn’t mean it can’t be all about the beer, too. Though the beer and the breweries may be trendy, it doesn’t mean they can’t taste great!

Our favorite brewery: Eagle Rock Brewery. They don’t serve food — their sole focus is to serve great beer. And trust us, they do just that!

The best brewpubs in Grand Rapids, Michigan
Top 10 cities to drink in
The basics of craft beers