Willkommen to Munich… at home!

Oktoberfest in Germany is a legendary event on most travelers’ bucket lists, but if you can’t get there just yet, there are plenty of options back at home. From the East to the West Coast and everywhere in between, here are the best Oktoberfest celebrations in the U.S. 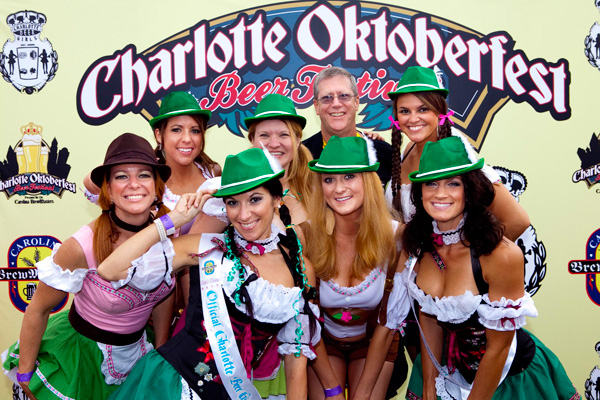 Sept. 28 marks the 15th annual Charlotte Oktoberfest Beer Festival, which will be held at the NC Music Factory this year. Organized by the Carolina BrewMasters, the festival will feature nearly 100 breweries and more than 350 craft beer selections, as well as wine, cider and kombucha. You’ll catch patrons in traditional German Lederhosen, snack on brats and pretzels, and enjoy a round of table tennis or cornhole game at the Beerlympic Village.

Once known as “the most German city in the USA,” New Ulm, Minnesota, hosts one of the most notable Oktoberfests in the Midwest. The 32nd annual Oktoberfest takes place Oct. 4, 5, 11 and 12, and will feature a variety of hometown musical entertainment, as well as German goods, food and drink. Schell’s Brewery, the one of the longest continuously owned and operated family-run breweries in the nation, will provide German-style lagers, while other fun activities include horse-drawn trolley rides and authentic specialty shops.

The Reading Liederkranz Oktoberfest in Reading, an hour outside of Philadelphia, is known as the oldest and largest Oktoberfest in Pennsylvania. Founded in 1885 by the Reading Liederkranz, a group of friends that gathered to sing songs from their native Germany, this festive weekend (Oct. 3-6) is an event for all ages, with family-focused activities, clown performances and a parade.

Each year more than 500,000 people flock to downtown Cincinnati to celebrate all things German at Oktoberfest Zinzinnati. The annual Oktoberfest celebration kicks off Sept. 20 with the running of the wieners, a race of 100 dachshunds dressed up in buns. The weekend continues with German-style music, stein-hoisting competitions, beer-barrel rolling and the world’s largest chicken dance. 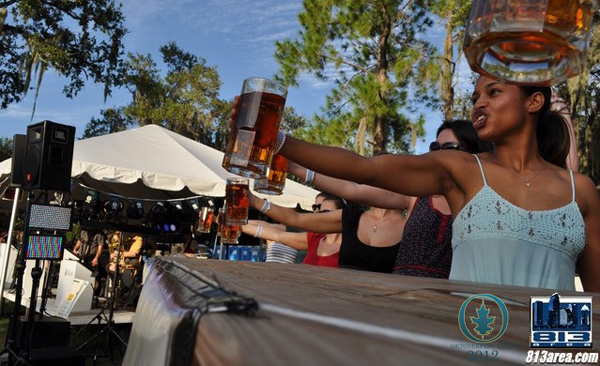 Unlike Oktoberfest in Munich, Oktoberfest Tampa takes place along the coast, mixing two of our favorite pastimes: beer and the beach! The celebration Oct. 11-13 will include more than 20 games, from the liter stein bucket race to the barrel roll, along with brats, schnitzel and other German delicacies. Beck’s Oktoberfest beers and O’Doul’s will be served.

Nashville’s historic Germantown district will play host to Nashville Oktoberfest on Oct. 11-12. Established in 1980, Nashville Oktoberfest attracts more than 30,000 guests, and this year’s festival will be even larger, with live German music across four stages, street performers, authentic German food and beer, arts, crafts, antiques and more. Funland, the children’s area, will include pony rides, clowns, games and face painting.

The population of the Bavarian village of Leavenworth is more than 25 percent German, meaning these people know how to throw a party! Leavenworth Oktoberfest takes place during the first three weekends of October and will feature bands from Germany, Canada and the U.S., as well as a large selection of beer imported directly from Germany. In Kinderplatz, the children’s area, there will be a rock climbing wall, bouncing toys, clowns and more.

Overlooking the Potomac River and Washington, D.C., National Harbor will host Das Best Oktoberfest on Sept. 27-28. The two-day festival includes more than 150 craft brews and wines from Germany, as well as schnapps. There will also be three stages of live music, a biggest beer belly competition and the best German food in the area. You don’t even have to drive back home: The Gaylord National Resort & Convention Center is offering a Grand Oompah Package that includes a two-night room accommodation and two tickets for festival admission. 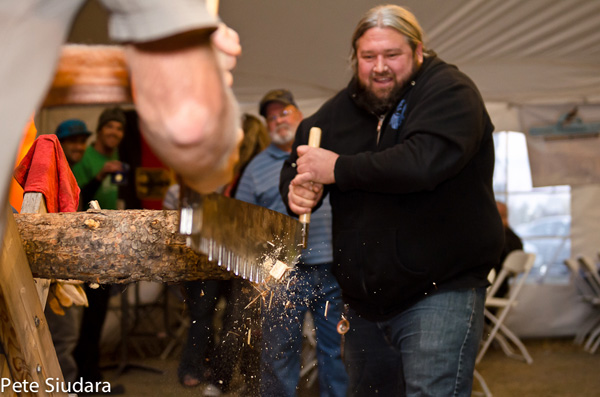 Oct. 18-20 will mark the first annual Macon Octoberfest, which will feature a cyclocross bike race, singer-songwriter competition, live music featuring Georgia bands, authentic Bavarian cuisine, Brewer’s Brunch and a beer garden. All of the proceeds will go to local charities.