SheKnows Editorial, Jessica Padykula
September 19, 2013 at 9:39am AM EDT
Share

Love to shop? Love to travel? You’re in luck, because we’re rounding up some of the top spots to shop around the globe. From high-end favorites to lesser-known hidden gems, you’re sure to find somewhere fun to shop on our list. 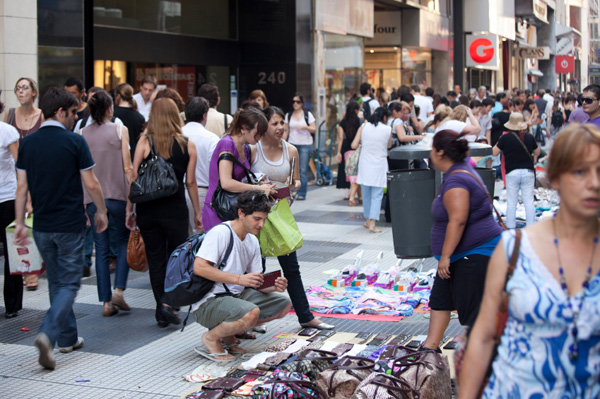 We asked Marybeth Bond, author, travel expert and blogger at The Gutsy Traveler, to share her picks for the best shopping spots around the globe.

There is some great shopping to be had in Buenos Aires, and Bond recommends the Recoleta neighborhood in particular. “The area is filled with great little restaurants and cafes, but it’s a fashionable upscale neighborhood, and changes into a street fair on weekends.” You’ll find the usual chains here, but also local designers and labels that shouldn’t be missed. “There are great clothes and a hip vibe almost a beat ahead of Europe,” she adds. Bond also recommends a visit to Florida Street, another shopping area. While there, head to Galerias Pacifico, a unique shopping center that also happens to be a national historic monument (be sure to see the murals on ceilings).

Everyone goes to the Via Condotti or the Via Borgognona, which are popular shopping streets in Rome near the Spanish Steps, but Bond favors Via Frattina, which runs parallel to Via Condotti (so it’s easy to check out both). “This street is less expensive, and I think it’s better,” she says. It offers a dense concentration of shops to browse, slightly away from the main drag. When you need to refuel from all that spending, there are plenty of places to do so, suggests Bond. “In the middle of shopping seek out a rooftop restaurant and get some pasta and a strong cappuccino.”

Not only a fabulous spot for gorgeous beaches, surfing and jungle, you can add shopping to your must-do list when you visit Bali. “It’s a great place for shopping because it’s the center for international jetsetters,” says Bond. She suggests doing some shopping in Ubud, a small town with an eclectic mix of art galleries, cafes and small shops where you can pick up sarongs, artwork and local handicrafts, along with the usual array of souvenirs. Then head to Sanur beach, a beachside town with lots of opportunities to stock up on unique fashion items. “You’ll find cool cuts and colors, and most of it is made in Bali,” notes Bond. Need a boost? Grab a drink from a restaurant on the beach, or some chicken satay with peanut sauce and a cold beer. Or, since Bali is really well known for spas, get a massage while you listen to the waves. 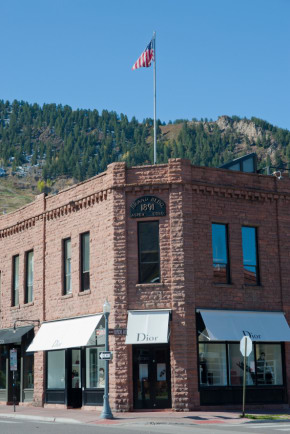 Aside from reputedly having the second-largest number of art galleries after New York, you can also find a lot of high-end stores in Aspen, as well as leather jackets, fur coats and custom-made cowboy hats and boots. “If you’re a shopaholic, you won’t be disappointed in Aspen,” says Bond. If you prefer to bargain-hunt, she says your best chance of finding bargains is on Saturdays at outdoor markets downtown June through October.

Having lived in Paris for five years, and now a yearly visitor, Bond has accumulated a few favored shopping spots in the City of Lights. “My favorite area in Paris is the Marais, an eclectic area filled with vintage and luxury stores. It’s a great neighborhood to walk through,” she says. Bond also suggests doing some shopping in the Saint-Germain-des-Pres area. “This is a beautiful leafy area in the Sixth Arrondissement and it’s the center of really fashionable shops and high-end designers.” Ralph Lauren has a shop there, and so does Armani.

You can’t talk about shopping without mentioning New York, an eternal shopping mecca. Bond’s favorite area is Soho. “I love the area between East Houston and Canal Street,” she tells us. Her favorite streets there include West Broadway, Spring Street, Prince Street and Bleecker Street. “You’ll find everything on these streets, and street vendors with fun jewelry and scarves and things like that.” Once you’re done with Soho, Bond suggests heading to Tribeca for cobblestone streets and great boutiques 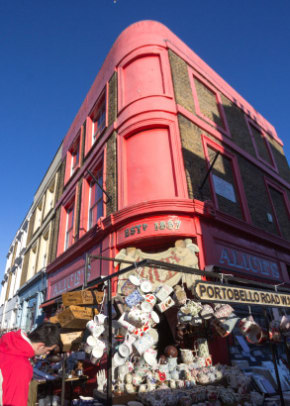 This small town where Bond lives is a hidden shopping gem. Located across the bay from San Francisco in California’s Marin County, you can take a short ferry ride from San Francisco (20 to 30 minutes) and then start shopping. “On Main Street and Ark Row there are little boutique shoe stores, designer home furnishings, designer cowboy boots, ultra-chic clothing, plus two great designer consignment shops,” says Bond. When you need a rest, she suggests checking out one of the four wine bars and waterfront restaurants (some of which have happy hours). “It’s a fun afternoon excursion from San Francisco.”

Satisfy all of your shopping needs at London’s sprawling Portobello Road market in the Notting Hill neighborhood, suggests Bond. It bills itself as the world’s largest antique market, but also sells fruit and vegetables, a fashion market and second-hand goods. London is also home to some world-famous department stores like Harrods, where Bond says not to miss the food mall in the basement or the lingerie department. She also suggest stopping in at Harvey Nichols and Selfridges, where you shouldn’t miss the makeup counter.