We can’t believe how quickly Fashion Week flew by! Although we’ve covered it many times before, you always learn something new while scouting the latest trends and attending the Champagne-fueled and star-studded parties. From big celeb paychecks, Sarah Jessica Parker’s skipping shows to Ashley Greene’s standing-room-only appearance, here’s what we learned this year at New York Fashion Week. 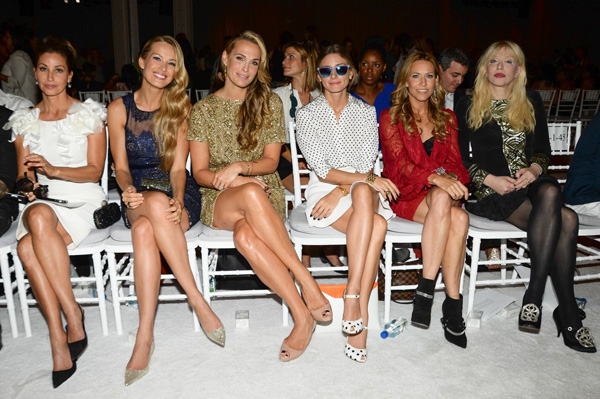 I used to assume stars attended designers’ shows to score free clothes from the label and get photographed front row. But multiple industry insiders and sources reveal that the VIPs are getting VIP paychecks to go to the show. How much? That depends on how big the name is. Beyonce reportedly scored $100,000 to go to one show in 2010, while Blake Lively and Kim Kardashian command $50,000. Must be nice!

Some stars choose to watch shows from home

While plenty of boldfaced names like Jessica Alba, Justin Bieber and Kanye West hit the Lincoln Center tents, some fashionistas opted to stay home, like Sarah Jessica Parker, who said she’d watch them online instead. What would Carrie Bradshaw say?

Nicki Minaj rolls deep and is a diva 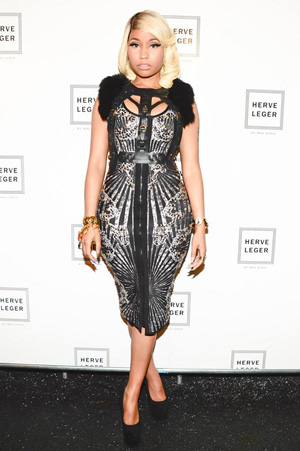 The rapper made a splash at the Hervé Léger show, where she was accompanied by lots of security and sat front row in a fab number from their Spring 2014 collection. She also caught Jeremy Scott’s show alongside the Jonas Brothers. But she ruffled some feathers when her entourage threw Harper’s Bazaar editor Derek Blasberg off an elevator so she could ride solo. “@NickiMinaj‘s team just made everyone get off an elevator so she could ride alone, which is the douchiest thing I’ve seen at #nyfw so far,” he Tweeted. Nicki later apologized and said that wasn’t her request, but we’re not sure we buy it.

It’s not all glitz and glamour backstage

When you’re granted coveted backstage access at the tents, you find out that the only bathrooms they have are portable toilets… even for the models! Speaking of the models, there’s zero privacy, as the leggy ladies strip down and change into their runway couture with reporters and photographers milling in their midst.

Rules are meant to be broken

Just ask supermodel Karlie Kloss, who Instagrammed a shot of the sign backstage at Jason Wu that requested “No pictures, Facebook, Instagram and Twitter (no social media) Thank you!” and added her own cheeky commentary: “Yeah right.” Perhaps that’s why the Victoria’s Secret Angel, who’s been sharing loads of behind-the-scenes snaps, scored the Model of the Year on Social Media award at the Daily Front Row’s Fashion Media Awards. The Samsung Galaxy sponsored event also brought out Heidi Klum, Jessica Biel and Lady Gaga.

Some after parties have passwords 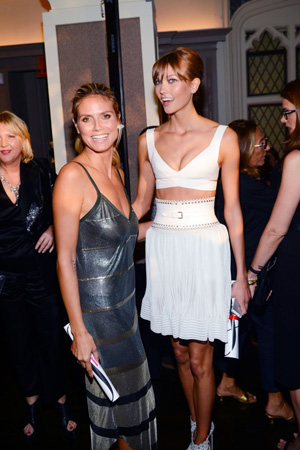 Everyone knows Fashion Week is all about the parties and some upped the ante this year by requiring a secret password to thwart any aspiring crashers. For Mara Hoffman’s post-party, the code word was “color love,” which makes total sense, considering her show had so many bright, bold pieces that even Rainbow Bright would be jealous.

Fashion shows almost always start late, but don’t be too late, or you might have to stand

These shows are huge productions with a lot of moving parts and it’s typical for shows to start 30 minutes late. But it’s best to show up on time. While some designers will wait for top celebs to get seated, the show must go on at Marchesa. Ashley Greene had to stand after arriving late to the show held at the New York Public Library. Not that she didn’t have a good excuse: The Twilight actress has been shooting a movie in Staten Island.

Unlike most shows, where there’s a single runway surrounded by risers on both sides, Georgina Chapman and Karen Craig’s presentation featured only two rows of seats and a runway that went around the entire room, ensuring everyone got to admire the ornate detail and feathered finery on their gorgeous gowns. Every guest also got a bottle of their fragrance and a Fiji water. After all, it’s important to stay well hydrated and sweet smelling during Fashion Week!

Hukkster is a smart new free service that saves you money and time for your must-haves. You choose any items you’re lusting after from popular places like Shopbop, Asos, Saks, Piperlime, Nordstrom and more and it automatically alerts you when they go on sale. The company put on a NYFW presentation with models wearing looks created by Patricia Field at the Lincoln Center fountains.

Crop tops are still huge for spring, so keep doing those crunches

This current trend was still all over the runways, so don’t lose your abs now that sweater weather is around the corner. Spring will be here before you know it, so work it this winter!