The iPhone 5s looks like a fab device. And while we can’t wait to order our Champagne gold model, we do have a few wish-list items for the folks at Apple. 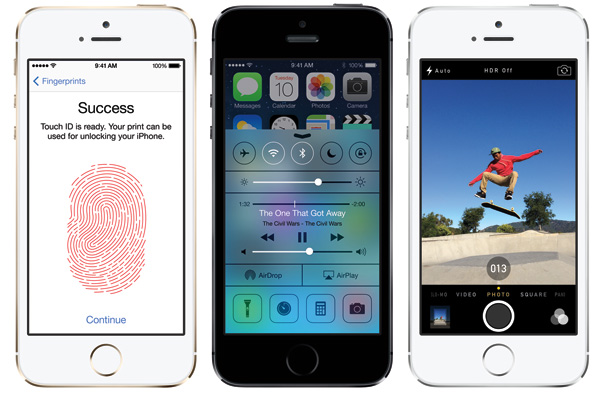 Apple has “changed the world” with the iPhone so much, it’s unlikely they’ll ever make the leaps and bounds they once did. While some tech bloggers are complaining about the screen size staying the same, those of us with smaller hands appreciate Apple’s common-sense move. (And seriously, do you need your phone to be the size of a paperback? Hint: It’s called an iPad mini.)

But that doesn’t mean we don’t have a few suggestions of our own.

While there’s no question the iPhone has some of the best battery life on the market when well cared for, power users really would appreciate a little more. It’s not uncommon for people to work a 12- or 16-hour day, and it would be great if the phone could keep up with us without the need for us to keep up with our charger cables.

Do you have any idea how much music one can accumulate over 30 years of life? Maroon 5 alone has been making music for more than 10 years! To cart around the entire collection takes up about 700MB by itself. And we still need room for all our favorite ’80s tunes and new releases.

And we need games. Whether we’re gamers or not, kiddos always want the latest and greatest. And we want them to have it. Have you ever taken a four-hour road trip with a 6-year-old?

On top of all that, we still need room for the actual, you know, apps we want to use. A 128GB model would really alleviate some pressure.

Apple, we know you need to make money and we agree you put out a quality product. But we also have a feeling the price of the phone is a bit inflated (and we do know other people have their hands in your pockets). So can you see why we’d balk at the non-contract price of your phone being the same as an iPad?

The gold looks awesome, silver is always a classic and way to take a page out of BMW’s book with the Space Grey. But how much more awesome would an aluminum-finish pink or blue look?

Maybe you should just stick with gadgets

Overall, we love the phones, but those cases? Except for the black, those are just strange colors. Why would I get such an awesome phone and cover the whole thing up with that? Leather or not, they just look cheap compared to the elegance of the phone. (And we have zero idea what you were thinking on the 5c cases!)

Don’t get us wrong, we agree with you that the old passcode thing was a pain. But all things considered (cough… NSA), we want to know what you’re going to do with those fingerprints and how you plan to protect them, especially since some of us may add our children’s fingerprints to the mix.

Your keyboard is cool, but that Swype software is awesome! We spend a lot of time typing on our phones, so a program that allows input at more than 40 words per minute would be helpful. There are a few on your app store that are OK, but nothing beats the original.

We love the new iPhones. But we’ve often heard that if you don’t ask, you don’t get, so we’re asking. Maybe there are some technical reasons you can’t do this stuff, but if anyone can figure it out, it’s Apple.

What features do you wish the new iPhone 5s had? Tell us in the comments below.

More on the iPhone 5s

Apple announces new iPhones 5c and 5s
How the iPhone 5s is changing the way we stalk our boyfriends
iPhone 5c vs. 5s: Which is right for you?