The tech world is abuzz with the latest iPhones 5c and 5s announcement, but the question on everyone’s mind is: Which phone do I really need? 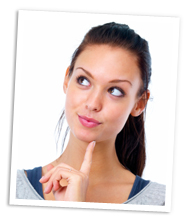 Between a rock and a hard place

The tech world is abuzz with the latest iPhones 5c and 5s announcement, but the question on everyone’s mind is: Which phone do I really need?

We gave you the scoop on Apple’s live media event just after it happened, but despite the “from the horse’s mouth” insight on what the phones have to offer, many of us are still left wondering which iPhone is right for them. We’ve got the breakdown on how the new phone specs affect you.

Apple iPhone 5c: Is it right for me?

When the news broke that Apple was offering a lower-cost option, the rumor mill did a 180 turn. But the reality is, the iPhone 5c is essentially the same phone as the iPhone 5 with a less expensive and more colorful polycarbonate shell.

As we noted previously, with the lower price point and crazy (awesome) colors, it’s clear this phone is geared toward teens. Even Apple’s slides during the presentation of this model featured teens. But that doesn’t mean the iPhone 5c is in any way a teeny-bopper device.

The 5c is for people who are comfortable with Apple’s previous model (and really, who wouldn’t be?). Sure, some of the colors may be juvenile by some people’s standards, but multiple vendors will soon be coming out with nifty cases to take care of that. And then you always have access to the standard black or white phone.

As long as you don’t really need or want the extra speed of the higher-end model’s new chip, the slow-motion video capabilities or all the fitness and gaming goodies that are sure to come from the new, more powerful accelerometer, the iPhone 5c (and its less burdensome price) will be just fine for you.

Apple iPhone 5s: Is it right for me?

The iPhone 5s is quite a bit more expensive than the 5c, but the bells and whistles may be worth it for some.

Fitness junkies may want to come up with the extra cash to take advantage of the new M7 motion coprocessor, which takes data from the accelerometer, gyroscope and compass, and constantly monitors it in real time, allowing for apps that constantly monitor (record and analyze) your every move. We have a feeling this will come in handy for hard-core gamers, too, though no specific games have been released using the capabilities (yet).

Additionally, the lightning-fast 64-bit A7 CPU will lead to faster apps with more elegant features that just aren’t possible on the 5c’s 32-bit A6 chip. That may not seem like a huge thing, but we have a feeling it’s going to be one of those “once you’ve had it, you can’t go back” things. This chip will also benefit gamers, as they demonstrated using the upcoming Infinity Blade release.

Perhaps the most interesting new advance is the Touch ID capabilities that allow you to secure your phone through touch sensors on the home key (rather than typing in that clunky passcode). If you keep secure data on your phone, the Touch ID promises to be a less obtrusive way to access your stuff and even make purchases from the app store.

Any parents who’ve racked up crazy charges on their iTunes account from the purchase of smurfberries know how valuable this new feature is. Simply change your phone’s password and authorize only your own fingerprint, and your kiddos really do have to come to you to get a purchase authorized.

Lastly, the 5s really will have a nicer housing, made of the same aluminum the previous model came in.

One last thing to keep in mind is that the 16 GB 5s model costs the same as the 32 GB 5c. So if you’re considering the 5c, ask yourself: Do I really need all this space in place of all the cool new features?

How the iPhone 5s is changing how we stalk our boyfriends

13 Uses for your old iPhone after buying the new 5s