Apple fangirls rejoice! They’ve announced the new iPhones and the rumors are true. We have the deets about the new lower-priced model, beautiful new colors and the fastest iPhone ever! 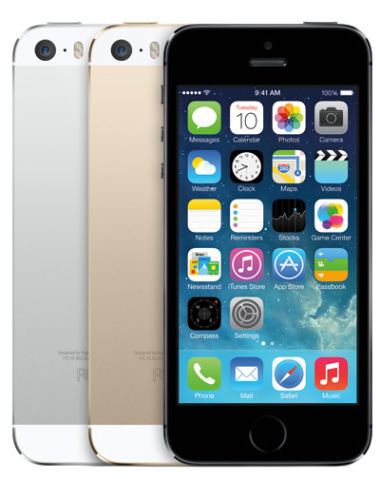 Apple fangirls rejoice! They’ve announced the new iPhones and the rumors are true. We have the deets about the new lower-priced model, beautiful new colors and the fastest iPhone ever!
At today’s Apple press event, Apple execs and partners took the stage to show us the new line of iPhones and confirm a number of rumors that have had us salivating for a month.

After a brief recap of the iTunes Music Festival and an overview of what we already knew about the new iOS 7, Phil Schiller took to the stage to introduce the iPhone 5c. 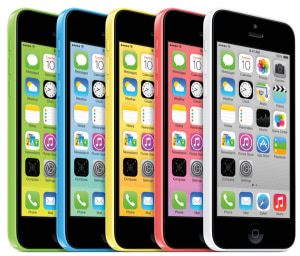 iPhone 5c
It comes in a host of brilliant colors:

Schiller then took a moment to make sure we knew that lower pricing doesn’t mean lower quality. “The entire back and sides are made from a single part; its front one [is a] glass multi-touch surface. As close as you look, you won’t see joints or seams.”

Each device comes with a color-matched wallpaper on a 4-inch retina display. They didn’t cheap out on the chip, either. It’s built with Apple’s A6 chip (though it’s not the fastest one out anymore… more on that later). The 5c will be just as fast as the 5, but with a higher-capacity battery. If you’re buying this phone for your teen, they’ll enjoy the console-level graphics while gaming and watching movies and TV shows.

If your teen is as photo-obsessed as most of them are, they’ll be taking their selfies with what is essentially the same great camera that came with the 5. In fact, as far as we can tell so far, the 5c is a rebranded 5 with a slightly less expensive shell.

With these bright colors and a 2-year contract price point of $99 for the 16-GB model and $199 for the 32 GB (and the photos they were using in the presentation of teens having tons of fun), this phone is clearly geared toward teens and college students (or their parents who don’t want to plunk down that kind of cash on a phone that’s likely going to take some abuse). Though we can see some adults being really excited about these colors.

For the first time, Apple announced a line of cases (other than bumpers and socks) to go with their phones at the same time. The colors match the phones, so you can match or mix and match if you’d like. For the iPhone 5c cases, the backs feature a series of small holes that some have likened to the game Connect Four (and I have to agree).

Personally, I’m not a fan of these cases, but I can see the appeal to others. Aesthetics aside, they’re quality silicone cases. 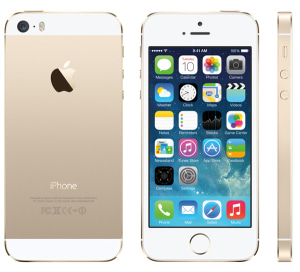 Now to the good part. Schiller then moved on to the announcement we’ve all been twerking for. The iPhone 5s is every bit the smartphone bada** we’ve been hoping for. And yes, ladies, that Champagne-finish phone (that they’re calling gold) has become a reality. (Squee!) It also comes in silver and what they’re calling Space Grey (which is substituting for the standard black we all know and love).

Schiller noted that there are so many new innovations they can’t cover them all, so more details will likely come out as we get closer to the launch date, but they did announce some exciting new stuff.

The iPhone 5s is the world’s first and only smartphone that comes with a 64-bit A7 CPU. For you non-geekoids, that means your phone will be fast. Think Speedy Gonzales on steroids. Twice as fast as the 5c (or any other phone on the market). Don’t worry, though. It will be completely backward compatible, so any 32-bit apps you’ve purchased should still work.

They went into a bunch of techie mumbo-jumbo here, but to illustrate, they brought up Donald Mustard of ChAIR Entertainment to show how freaking awesome their new Infinity Blade release looks. Mustard said his game was so fast, he literally did a double-take when he saw it. Even if you’re just running office or efficiency apps, that means those developers can also do some cool new stuff.

They also announced a new M7 (motion sensing) coprocessor that continuously measures motion data, which they claim has enabled a whole new generation of health and fitness apps. (We imagine all the game developers in the audience chortled at this one… right, fitness apps.)

The battery is also even better than the one they put in the iPhone 5 (which I can personally tell you is amazing already) that basically works for 10 hours when doing any browsing, talking or video, 40 hours on music or 250 hours on standby.

The new camera has a larger f/2.2 aperture and a 15 percent larger sensor area. With 1.5 micron pixels, it just takes better pictures. It auto-focuses and picks the sharpest of multiple photos, has great auto-exposure and the flash is now a dual LED of white and amber to analyze the room’s color temperature and adjust the flash accordingly. The example un-retouched photos they showed side-by-side really were better, too. Even the panoramas get a boost as it adjusts the exposure as you shoot.

They also have a new slo-mo feature that we imagine will inspire some really creative YouTube videos. It can go down to four times slower than actual motion.

Yes, it reads your fingerprints

This new security feature was so cool, it gets its own header. On the iPhone 5s, you may have noticed there’s a spiffy little metal circle that wasn’t on previous models.

The Touch ID feature learns to read your fingerprint (becoming more effective the longer you own it). Basically a laser-cut sapphire crystal, stainless steel detection ring, Touch ID sensor and tactile switch embedded in the home button allow it to accurately read your fingerprint so you can skip the annoying step of entering your passcode each time. You can also use it to access the iTunes store, though the passcode is still an option.

It can read multiple fingerprints from any orientation. And lest you worry, as many did, that a slip of a knife could render you incapable of using your phone, the sensor scans sub-epidermal layers. Of course, with all things, only practical use will really show how effective it is.

They announced cases for these, too, which come in brown, beige, black, yellow and blue. You can also get the (PRODUCT) RED case that benefits the AIDS charity of the same name.

17 mins ago
by Justina Huddleston

43 mins ago
by Taylor Plumstead