The 2013 Toronto International Film Festival is in full swing, and celebs are making their way north to debut their new films. Naturally, we’re more interested in the designer gear they’re wearing on the red carpet. 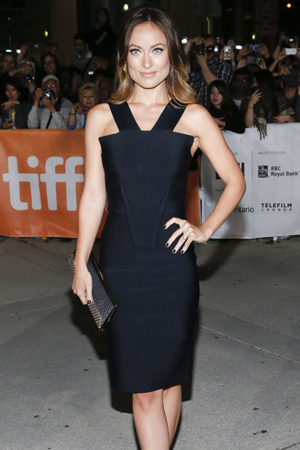 Olivia Wilde left her tuxedo at home for the TIFF premiere of Rush. Instead, the bride-to-be opted for a structured Roland Mouret dress with earrings by Melinda Maria. 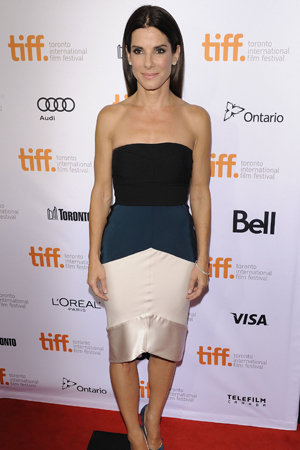 Sandra Bullock has definitely found the fountain of youth. The 49-year-old Gravity actress puts stars half her age to shame in this color-blocked Narciso Rodriguez dress. 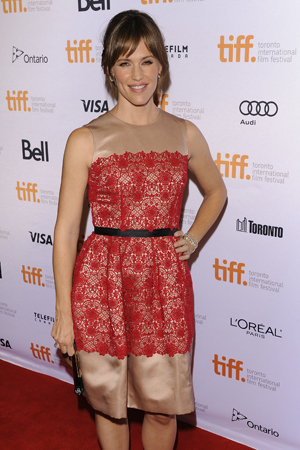 We did a double take when we spotted Dallas Buyers Club star Jennifer Garner in this nude and red-lace Dolce & Gabbana dress. We totally thought she was just wearing a red lace micro-mini! The mom of three pulls off this dress with ease. 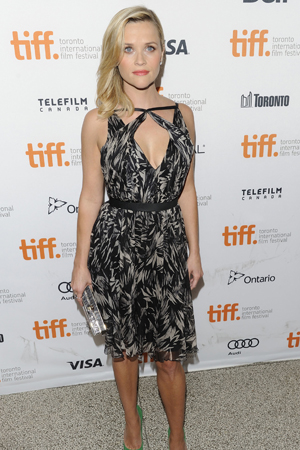 Reese Witherspoon arrived at the Devil’s Knot premiere in a cleavage-baring Jason Wu dress and green Jimmy Choo stilettos. Our favorite thing about this gown? The interesting neckline… no need for a necklace with this gorgeous dress! 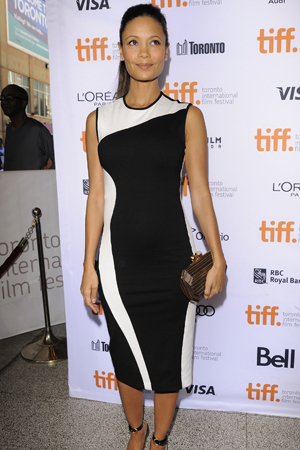 Half of a Yellow Sun star Thandie Newton confirmed that she’s pregnant with her third child — but you’d never know, judging from her curve-hugging Stella McCartney gown. She is glowing, though!

Which celeb had the best TIFF look? Sound off below!

Is side butt the new side boob?
Love it or hate it: Olivia Wilde’s sexy tuxedo
Get Naya & Shailene’s affordable MTV VMAs makeup

5 hrs ago
by Rebecca Padron

22 hrs ago
by Rebecca Padron