Shoe designer Kenneth Cole is no stranger to controversy, but some think he took things way too far when he made light of the current situation in Syria. 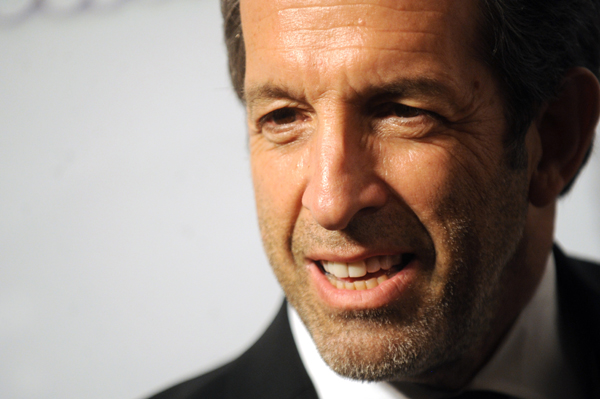 We typically don’t look to the fashion world to make comments on violent conflicts, but shoe designer Kenneth Cole thrust himself into the conversation with a Thursday tweet.

"Boots on the ground" or not, let's not forget about sandals, pumps and loafers. #Footwear

People quickly pushed back at the flippant comment on Twitter, criticizing the well-known designer for joking about the killing of hundreds of men, women and children in the civil war–torn country.

But this isn’t the first time Cole has used a world event to sell shoes.

In 2011, he commented on Egypt’s violent protests by tweeting that “Millions are in uproar in #Cairo. Rumor is they heard our new spring collection is now available online at http://bit.ly/KCairo -KC.”

He was later forced to apologize for the tweet, writing “Re Egypt tweet: we weren’t intending to make light of a serious situation. We understand the sensitivity of this historic moment -KC.”

Cole isn’t sorry this time: He doubled down on his Syria tweet with an Instagram video, posted Friday.

The designer does support a number of charities — including the Foundation for AIDS Research, the Make-A-Wish Foundation and the Human Rights Foundation — according to his website. However, it hardly seems like his tweet is “bringing awareness” to the serious problem in Syria.

Do you think Kenneth Cole should apologize for his tweet about Syria? Sound off below!

15 hrs ago
by Summer Cartwright