Thanks to 10 years of dedicated work to remove the soot from the medieval and Renaissance buildings, and a thriving and picturesque revival of the city’s dock area, Bordeaux has transformed into one of France’s most vibrant cities. We recently spent a week there and fell in love with the city’s historic and enchanting streets. 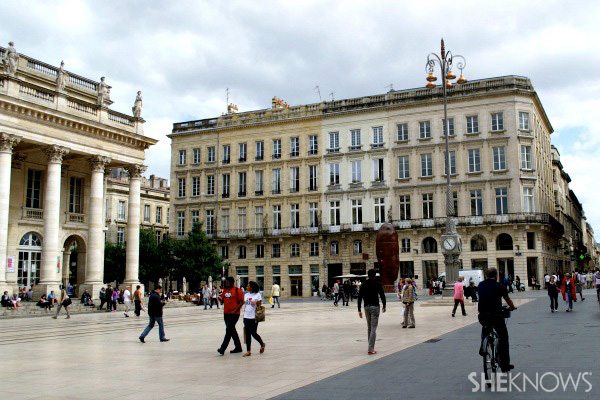 What we love about Bordeaux is the hint of mystery. You don’t know why you go, you just know that you have to. Although it was once a very quiet town you “stopped over” after tasting the red and white wines in neighboring chateaus, Bordeaux is now more than just a wine-country visit, it’s a place you go to, and stay.

We hopped, skipped and stumbled our way down Bordeaux’s streets and knew instantly why it was named the second-biggest tourist town in France (luckily without encountering too many other tourists on our way). 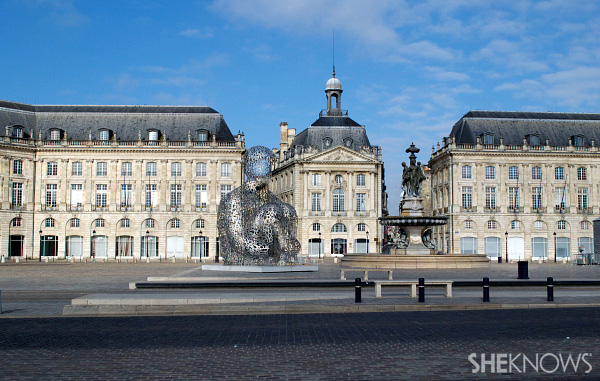 When you first see the entrance of the city from the riverside, it’s impossible to imagine it as anything other than regal. 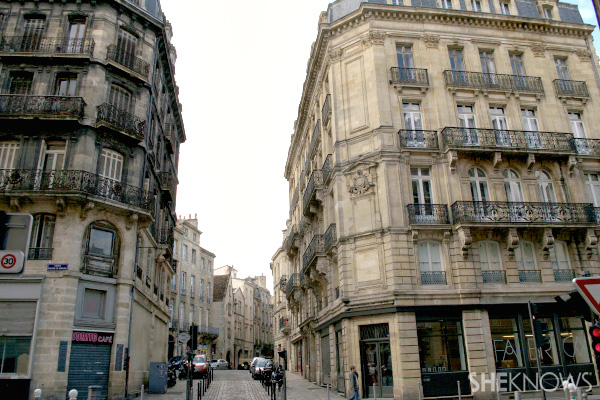 But then you look up and around, and see some lingering part of the recent past: the buildings not yet restored, hidden under years of dust and soot. 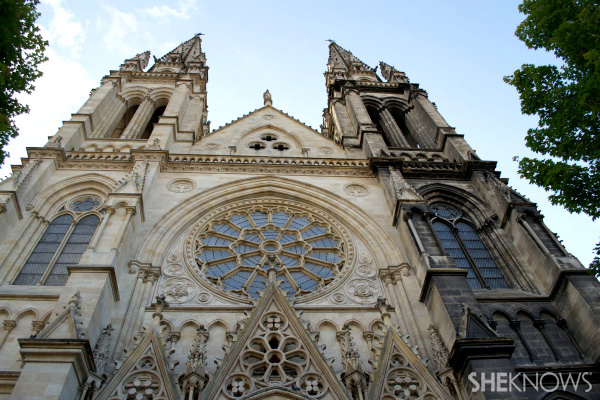 Many find the black buildings hideous, but I found them beautiful. The clash of old and new helps showcase what the city has been through, what it has seen and in a symbolic way, show what the future will look like. You can see the old and new on the front of Saint-Andre Cathedral, above. 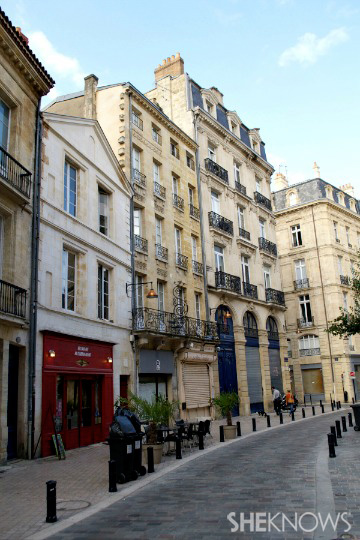 Although many come for the wine, they stay for the incredible architecture. Most of the buildings date back to the early 18th century, the golden age of the city of Bordeaux. 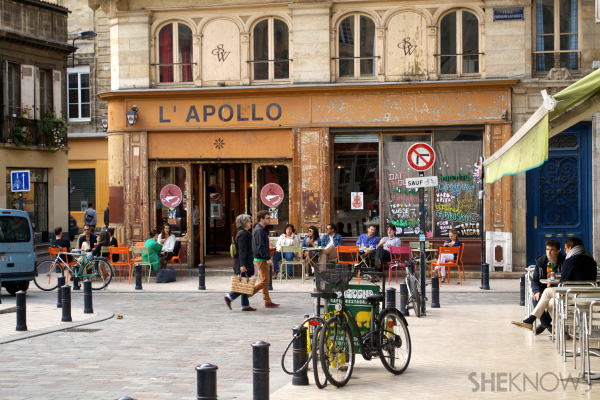 The new vitality and heart of Bordeaux has a lot to do with the work the city has put into restoring it, but also owes much to the locals, the people who walk the city’s streets every day and put the soul into the once-overlooked city. 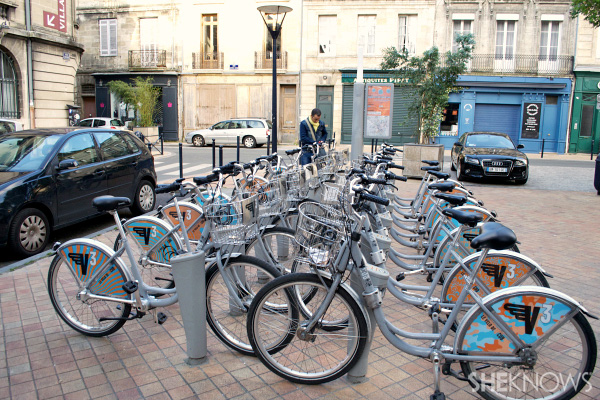 Bordeaux is no sleepy, quaint town, mind you. The vibe you get as your heels click against the cobblestone and locals buzz by in cars, buses and bikes, is simply cosmopolitan. 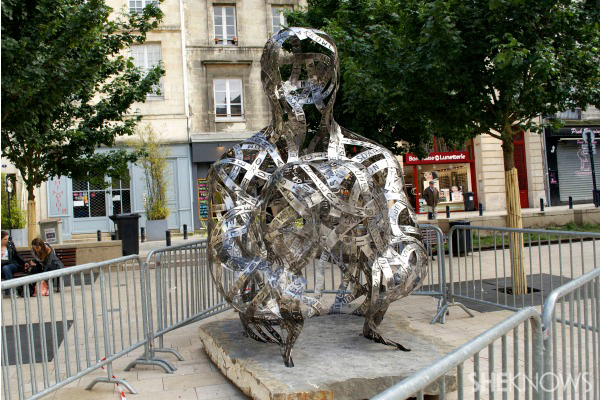 Tourists aren’t the only ones drawn to the city. Artists like Jaume Plensa, a Spanish sculptor, find the city to be the perfect backdrop for their art. He brought more than a dozen metal sculptures for a large outside exhibition in early 2013. 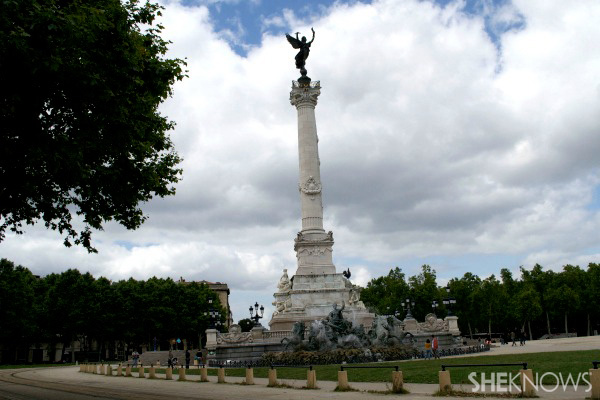 The modern sculptures bring a youthful exuberance to the town, but it’s the city’s towering monuments, like the Monument aux Girondins, that are the main focal points for tourists and locals alike. 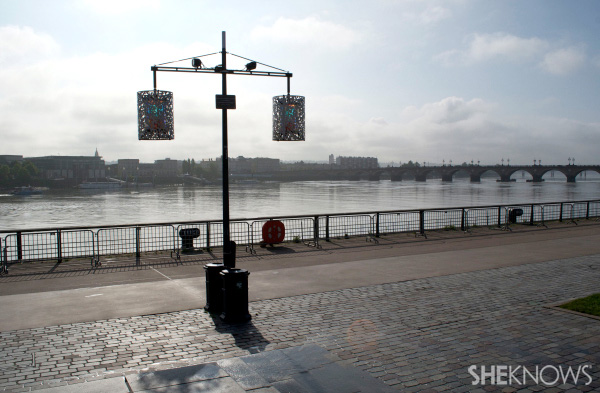 The buildings weren’t the only items transformed when former French Prime Minister Alain Juppe and mayor since 2000 instituted the vast restoration project. The city’s riverside, which once housed abandoned shipyards and factories, was turned into a giant pedestrian walkway, complete with magnificent gardens and a giant fountain sculpture. 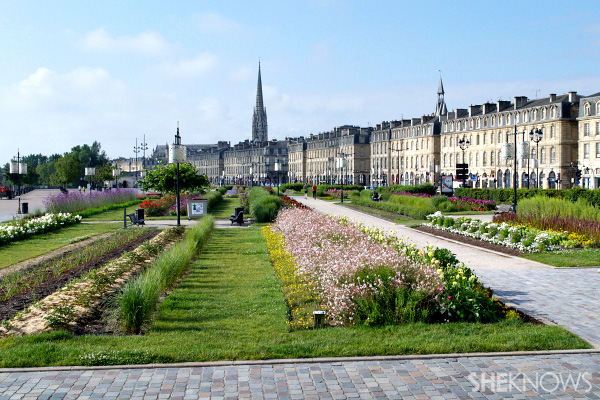 Now the city shines in the spring and summer as thousands of flowers bloom along the Garonne River. 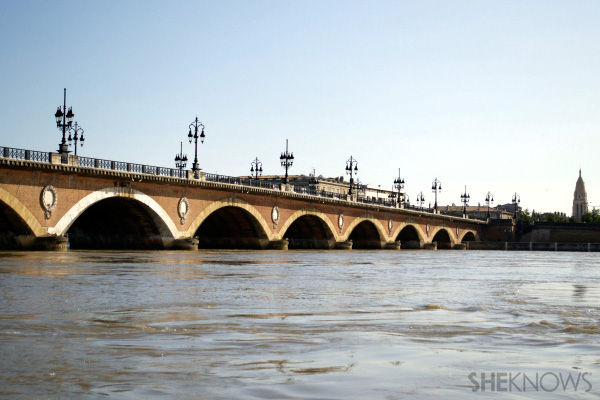 The Pont de Pierre, which connects the left and right banks of the Garonne River, was also restored and is one of Bordeaux’s most famous landmarks. It showcases the city’s past as a port. But it also shows us its resilience. Despite water, wars and storms, the bridge still stands, a reminder of everything this magnificent city has seen, a true connection to the city’s past and a gateway to its future.

Food and wine lovers’ guide to Northern France
Cooking with the French: A cooking class in historic Bordeaux
Parisians’ guide to visiting Paris