Liven up your autumn vacation by hanging out with the undead during a stay in one of these historic haunted hotels.

9 Hotels for your fright-night stay

Liven up your autumn vacation by hanging out with the undead during a stay in one of these historic haunted hotels.
1 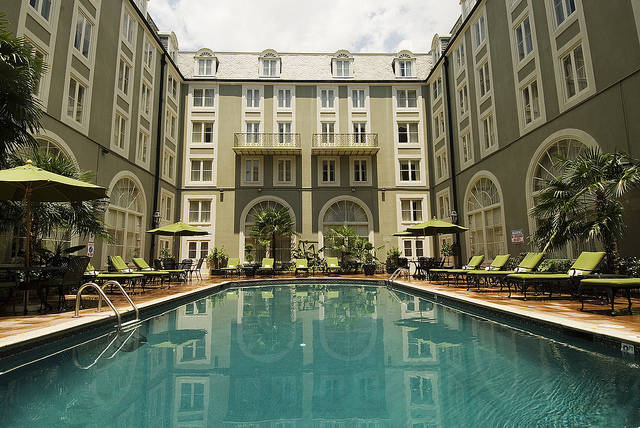 New Orleans, Louisiana, is a city with a storied past and home to many haunted hotels in its decadent French Quarter — the iconic Bourbon Orleans Hotel being one of the most recognizable. Located adjacent to two of the city’s greatest landmarks, the St. Louis Cathedral and Jackson Square, the former convent that became a hospital during the Civil War is still home to the ghost of a battle-weary Confederate soldier nicknamed “The Man,” along with other restless souls. In partnership with Gray Line Tours and the New Orleans Ghost Hunters, the hotel offers an annual weekend “ghost camp.” 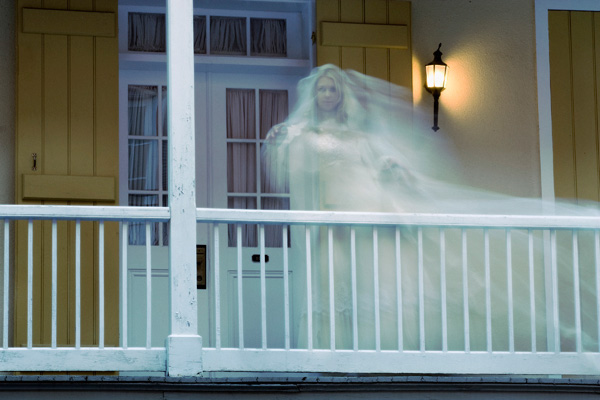 The Bourbon Orleans’ sister property, Dauphine Orleans Hotel, has a similar haunted history. The heart of the hotel is May Baily’s Place, a bar set up where a former bordello operated during the late 1890s and early 1900s, when prostitution was legal in the infamous red-light district known as Storyville. Guests have reported sightings of a Creole soldier and a lightning-fast glimpse of the resident lost bride named Millie dancing across the courtyard. It is believed she worked at the bordello and eventually became an alcoholic. 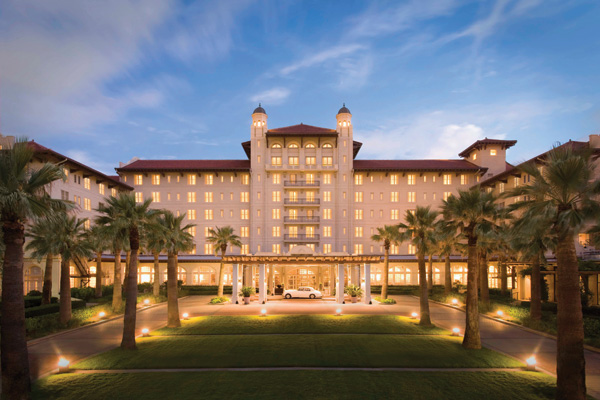 Built in 1911 and named after Spanish colonial governor Bernardo de Galvez, the Hotel Galvez & Spa in Galveston, Texas, was called the “playground of the Southwest” because of its wealthy socialite, business and celebrity clientele. The ghost stories begin with room 505, where a female guest hung herself after she received word her husband had died. Dubbed “the lovelorn lady,” she is said to cause quite a stir on the fifth floor. The ladies’ restroom downstairs has also been the source of paranormal activity, with reports of violently shaking stall doors, toilets that flush on their own, sinks that turn on by themselves and the unusual scent of gardenias. Investigators have captured photographic evidence and the hotel offers seasonal ghost tours. 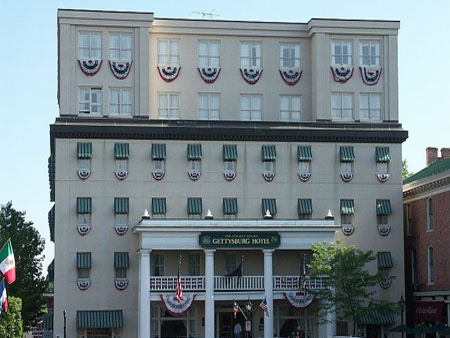 A Civil War nurse known as Rachel is one of the best-known ghosts residing at the historic Gettysburg Hotel. Her apparition has been seen wandering the hotel halls and roaming the streets outside, perhaps looking for injured soldiers to tend to. Her ghost has also been known to enter the guest rooms, with reports of dresser drawers opening and clothes flying out. The ghost of a wounded soldier is another regular at the hotel, as is a female ghost seen dancing in the hotel ballroom. The hotel offers a package that includes a spot on “The Ghosts of Gettysburg Candlelight Walking Tour” and a signed copy of Ghosts of Gettysburg VI: Spirits, Apparitions and Haunted Places on the Battlefield. 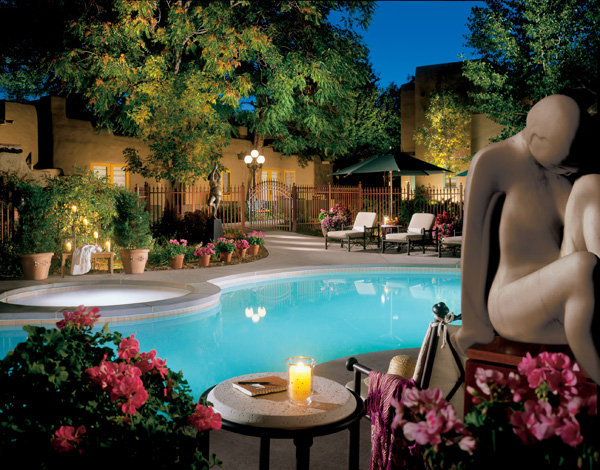 La Posada de Santa Fe has a rich history dating back to 1882, when wealthy Santa Fe merchant Abraham Staab built it as a three-story Victorian mansion for his family. When Staab’s wife, Julia, died in 1896 at the age of 52 under suspicious circumstances (it’s not known whether she committed suicide or was murdered), her presence was still felt throughout the home. Today, the Staab House at La Posada retains its original structure and contains a cozy bar and Suite 100, which was once Julia’s bedroom. To honor this by all accounts friendly ghost, the hotel staff makes sure to greet her when they enter her bedroom and invite her to parties thrown in the house. 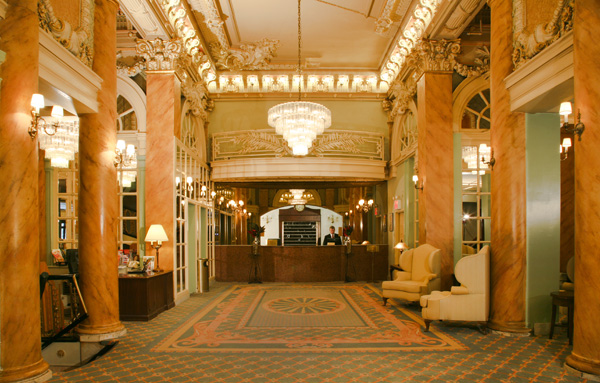 The landmark Hotel Wolcott opened in 1904 in New York, and has received numerous reports of strange encounters during its existence. Guests and employees have reported hearing mysterious music playing, and being “touched” by an unknown presence in the historic (and now vacant) Wolcott ballrooms. There have also been repeated ghostly sightings of an elderly man with a cane walking through one of the hotel’s hallways and two young boys in pajamas playing in the stairwells or running up and down the stairs. 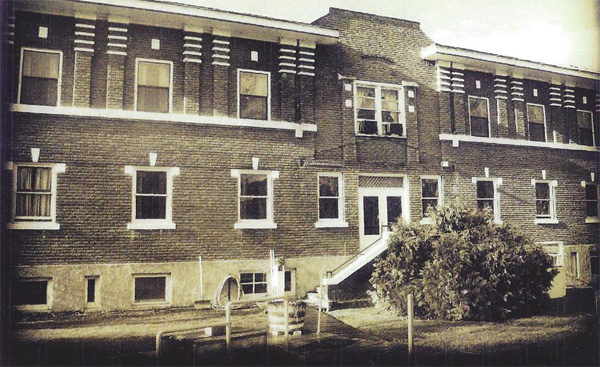 Given its previous incarnations as a former sanitarium, hospital and rest home, it’s not surprising the Lava Hot Springs Inn in Lava Hot Springs, Colorado — now a lovely hotel that offers a complimentary breakfast buffet and luxury spa treatments — has a few guests who never checked out. The inn has been featured in the book Haunted Hotels of the West and is a favorite destination for ghost tour groups.

The Inn and Spa at Loretto,
Santa Fe, New Mexico 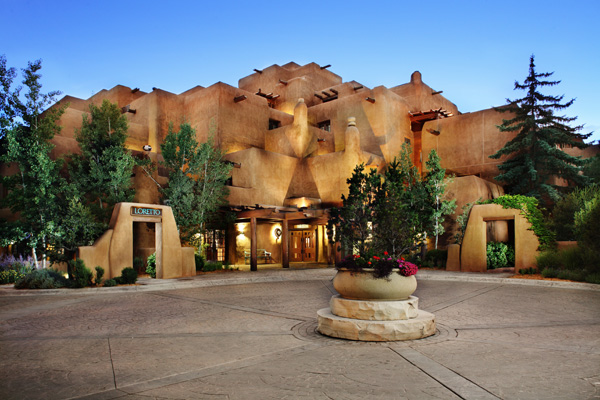 Santa Fe, New Mexico, is as well known for its natural beauty and vibrant art scene as it is for its haunted reputation. The ghosts of Santa Fe roam this picturesque town year-round, giving believers (and non-believers) an extended opportunity to see its mischievous spirits in action. The Inn and Spa at Loretto, located in the heart of Santa Fe, is said to be haunted by the ghost of Sister George, a cigar-smoking nun who has spooked guests and employees at the hotel and at its neighbor, the Loretto Chapel, for more than four decades. A member of the order of the Sisters of Loretto, Sister George taught at the Loretto Academy, a Catholic girls’ school located where the hotel was built. Unexplained phenomena and the nun’s signature cigar smoke are commonplace sightings at the inn. 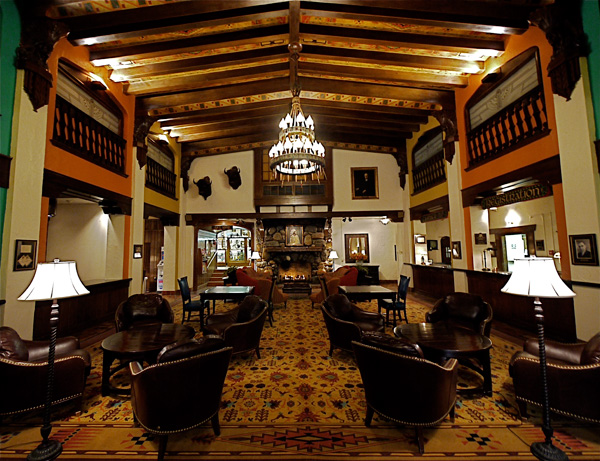 Professional paranormal investigators and novice ghost hunters alike regard the Hotel Alex Johnson in Rapid City, South Dakota, as one of the most haunted hotels in the Black Hills. Guests staying on the eighth floor of the 85-year-old hotel have reported hearing footsteps and noises on the floor above them — only to find out that a higher guest room floor doesn’t exist. Room 812 is where the ghost of a former guest, known as the “lady in white,” reportedly leapt to her death. To make her presence known, sometimes the window is found open and dresser drawers are turned upside down. Some people even claim to have crossed paths with the ghost of the hotel’s founder, Alex Johnson, who has presumably stayed on the premises to ensure his property is still running smoothly.

Checking In: 5 Must-see haunted hotels
Strange stays: The most unique accommodations around the world
Checking In: Art hotels