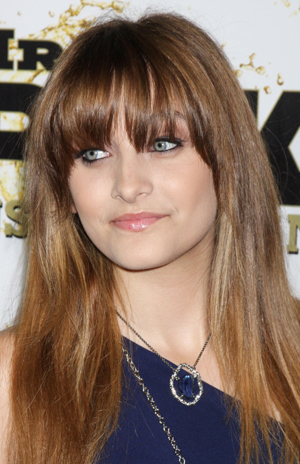 Prince Michael Jackson already has a job as a reporter for Entertainment Tonight, and sister Paris Jackson might have her own high-profile job soon, too.

The Philadelphia Eagles cheerleading director wants the King of Pop’s daughter on the NFL team’s squad.

“We thought that she had a lot of poise, confidence and enthusiasm in her cheer performance,” she continued. “Paris has that ‘wow factor’ that makes a great cheerleader.”

Of course, this won’t happen right away: The 15-year-old Paris still has a few years of high school left. And cheerleaders can’t try out until they turn 18, anyway.

But Zaun wants Jackson to keep working on her skills and join when she’s eligible.

“She is already very comfortable in the limelight, so we think she would definitely stand out and impress the judges,” she said. “We hope that she will try out for the team and be an Eagles cheerleader!”

No word on whether or not Jackson will take Zaun up on the offer, but she does have the acting bug. The teen is set to appear in the upcoming low-budget flick Lundon’s Bridge and the Three Keys.

And no, she’s not doing it to prove something.

“A lot of people think he’s [Michael Jackson] the only reason I’m making it, but I want to show that I do have talent and that I can make it if I try,” she told Glamour in 2012 of her budding showbiz career. “I want to be my own person.”

One thing we do know: This stunner will look amazing, no matter what she decides to do.

More on celeb beauty and style