Michelle Obama definitely isn’t afraid to be seen in the same dress twice — or even three times. Case in point: her Merona dress from Target. 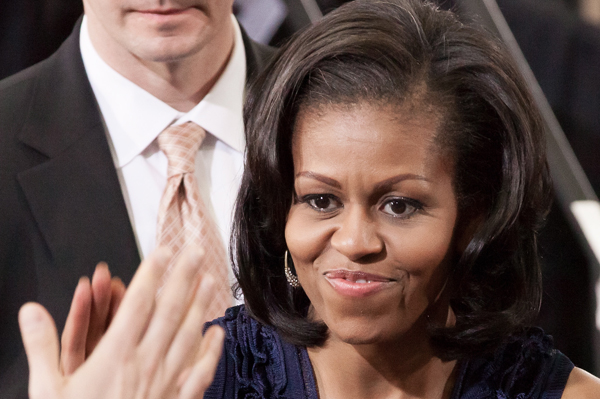 Obama was spotted leaving — and returning — from her recent Hawaiian vacation wearing a black and gold Merona dress from Target. As others have pointed out, she also wore it for a 2009 event in Arizona.

Love the dress? You’ll have to keep your eyes peeled for it on eBay, since it’s long since sold out at Target. However, we’re sure M.O. would approve of any dress Target has to offer since she loves budget fashion so much.

Her frugal nature goes back to childhood, she said.

“My father had multiple sclerosis, so I never took health for granted, because I saw a father that at the prime of his life was struck with an illness that completely changed his life,” the FLOTUS told Women’s Health in a 2009 interview. “We couldn’t afford to go out to dinner, so [it] was a rare treat.”

As for her sense of style? People take it so seriously, but Obama said it’s all about having fun.

“For me fashion is fun, and it’s supposed to help you feel good about yourself,” she added to the magazine. “I think that’s what all women should focus on: what makes them happy and feel comfortable and beautiful. I wear what I love. Sometimes people like it, sometimes they don’t. I’m fine with that.”

We all need to be reminded of that from time to time.

22 hrs ago
by Julie Sprankles