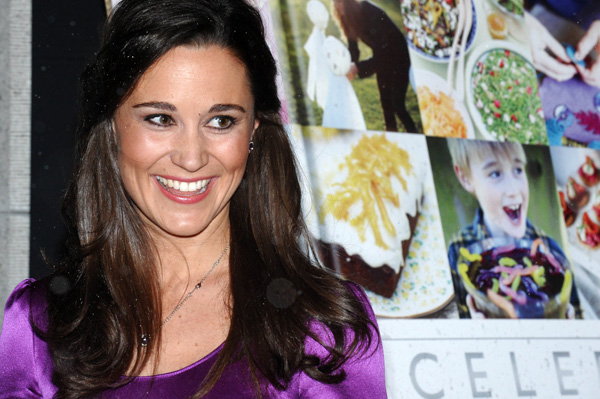 It looks like Pippa Middleton should stick to party planning rather than write about it: Her book — Celebrate: A Year of Festivities for Families and Friends — is already on clearance shelves in the U.K.

Why? Well, it has a lot to do with the book’s original content — or lack thereof. The 29-year-old sister of Kate Middleton didn’t tell us anything we didn’t know before, like…

And those who bought the book have even more to say about it.

“It’s basically advice for people who are at that stage after a serious brain injury where they know how to walk and talk again but can’t remember how to do normal, everyday things,” one reviewer wrote.

“What a waste of dead trees,” wrote another.

“I can’t believe all the bad reviews this book is getting. I think it’s just jealousy. It’s a beautiful book with simple, easy to manage ideas,” one five-star reviewer said.

We give Pippa an A for effort. It can’t be easy being the younger sister of the Duchess of Cambridge. She at least tried to make waves for something other than her famous rear end.

10 Brilliant Tricks to Cure Brittle Nails, According to Beauty Experts

31 mins ago
by Tamara Kraus