Here’s a Billboard rundown with a twist!

This year’s Billboard Music Awards brought together some of the biggest names in music at the MGM Grand Garden Arena in Las Vegas. While Angelina Jolie brings grace and elegance to any red carpet, the attendees of a music awards show (in Vegas) have a no holds barred approach to their style and demeanor. Let’s get into it: 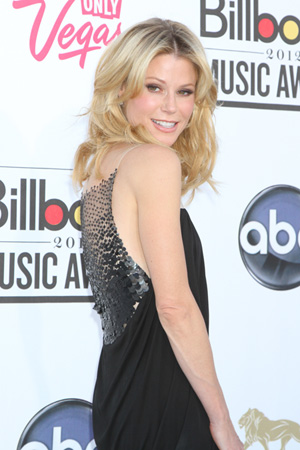 The hosts: The fact that the two main characters of Modern Family make fun of themselves as the “whitest suburban fake couple” is just awesome. Julie Bowen looks great (and super thin, by the way!) in her white blazer paired with tight black leggings and complementing jewelry. 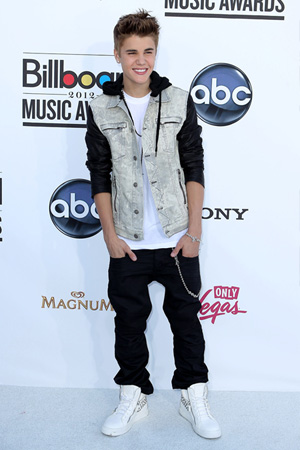 Justin Bieber, who won ‘Social Artist’ of the Year, is a human being I love to hate. With a Klout score of 100 (yes, that’s perfect) this child looks like he wears more makeup than Sammi Sweetheart. 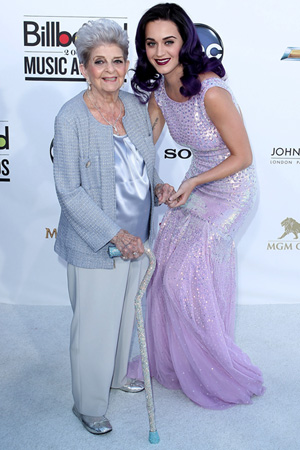 In a style more subdued than what we’re used to, Katy Perry looks simply grape-tastic in a purpled-hued sequined dress, with a matching lip and hair color. To be honest, I think her 91-year-old grandma looked better than she did! 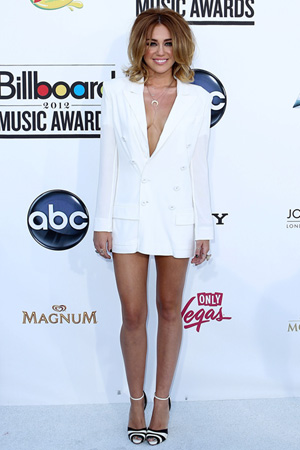 Looks like blazers are the “in” trend at this awards ceremony. Between Julie Bowen, Lisa Marie Presley and now Miley, this is one trend I’m not interested in. Why is this 19-year-old wearing her dad’s white blazer with some double-stick tape to make sure her underdeveloped breasts don’t pop out? Holy Miley Cyrus!!! 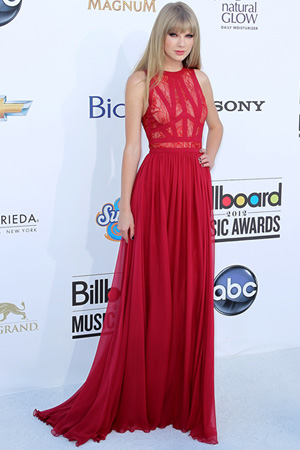 Taylor Swift really does a number on me. Her success is well-deserved and her humble nature is intoxicating. The 22-year-old woman (yes, I think she’s a mature woman at that age) wore a striking, fitted red gown with interwoven lace in the chest area, which screamed sexy and sophisticated. Well done, Taylor.

Big dresses, it seems, are another big trend. Carrie Underwood sports a chiffon over-the-shoulder number and looks beautiful, as per usual! 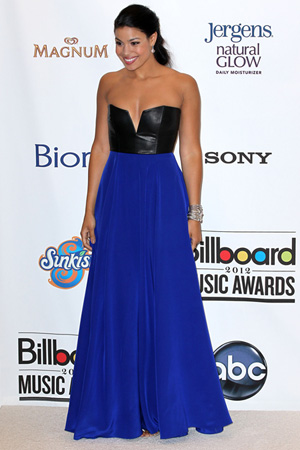 Jordin Sparks looks absolutely incredible in an illusioned two-piece with a leather low-cut black top and a flowy royal blue bottom. Her performance of the late Whitney Houston’s “I Will Always Love You” was incredible and by far the best I’ve ever heard. Agreed? 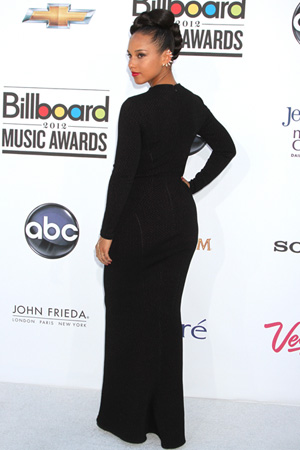 Alicia Keys, you can do no wrong. Even with 16 earrings in your ear, you are stunning, elegant and one of the most eloquent speakers. Kudos to you and your independent all-around style.

Thanks so much for reading my thoughts and reactions to the 2012 Billboard Music Awards. Hope you enjoyed!

Appliances, Furniture & Mattresses Are Deeply Discounted for the Fourth of July & These Are the Best Deals