Jersey Shore returns this Thursday night for its fifth season and Jersey girl Snooki is looking fierier than ever before! 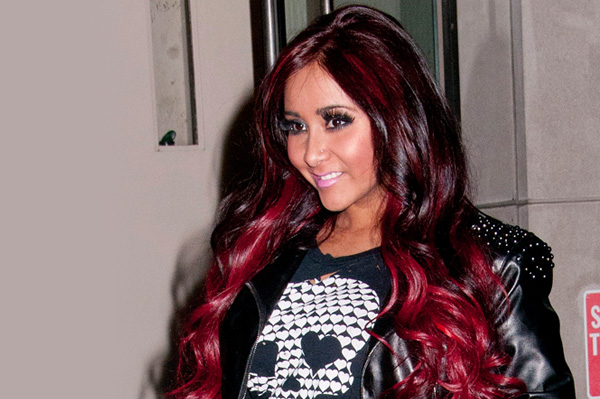 New Year’s often inspires fabulous new beauty looks, and 2012 is starting off red hot for Jersey Shore star Nicole “Snooki’ Polizzi. The pint-sized star recently showed off a new red hue as she left Gemini 14 Hair Salon in New York City. This isn’t the first time Snooki has gone red, though. The beauty chameleon has highlighted her long locks several times before, but we have to say that this time is the boldest of them all!

So what’s the verdict on Snooki’s new look? Well, we have to admit we quite prefer her normal dark locks. But hey, if anyone’s going to rock such a bold red hue, we’re pretty sure Snooki’s the right gal to do so. There’s a lot of attitude packed into that tiny little lady, and we know she’s going to sport the look with plenty of it!

What do you think about Snooki’s new look?