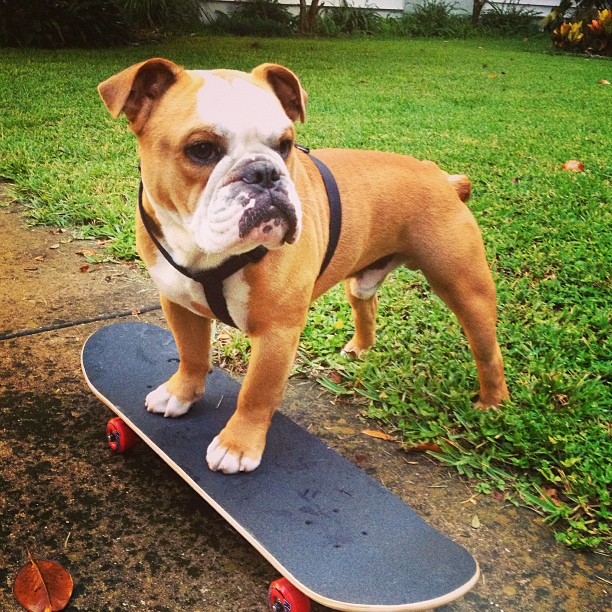 This is not an easy trick to learn, but Fido can become a skateboarding dude by taking small steps. First, get him used to the skateboard by making it stable, with the use of beanbags or weights. Hand him a treat whenever he puts a paw on the board, to affirm that his behavior is positive. Once he feels a bit more comfortable, manually put his paws on the board. Slowly, get his entire body on, still giving him positive praise and treats whenever he interacts well with the board. Once he seems secure on the board, get him moving with small pushes and tugs. 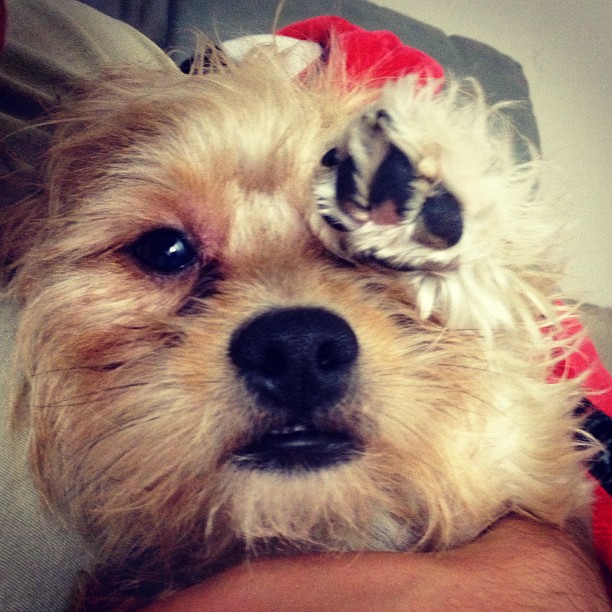 Perhaps one of the easiest tricks to teach Fido, this one is also a bit funny to observe. Teach Fido to salute by posting a sticky note above his brow. When he tries to paw it off, say “salute” and hand him a treat with plenty of praise. Do this until you no longer need the sticky note when you command him to paw up.

Open and close the door 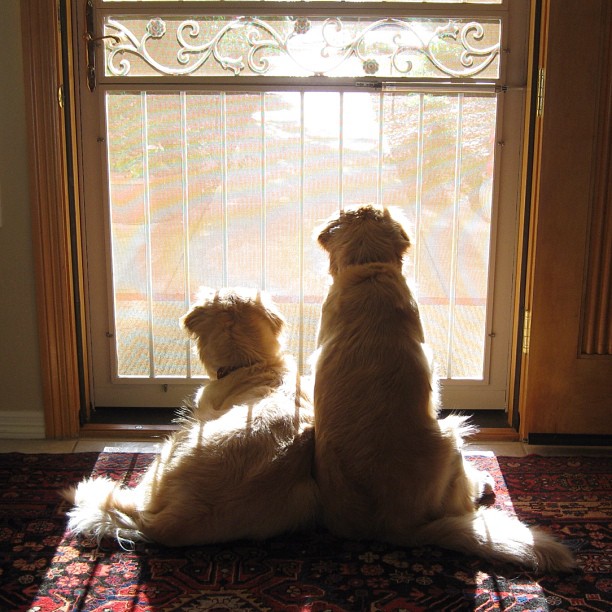 Teach your furry friend to let himself in and out of the house using a bandana, cloth or touch stick. Tie the cloth or bandana to the door and command him to tug. Every time he nudges or pulls the door open, give him praise and a treat. Like the other tricks, he’ll eventually adapt to the behavior. When using the touch stick, point to it and reward with a treat every time he makes contact with it. Eventually, use the appropriate words to command him properly. 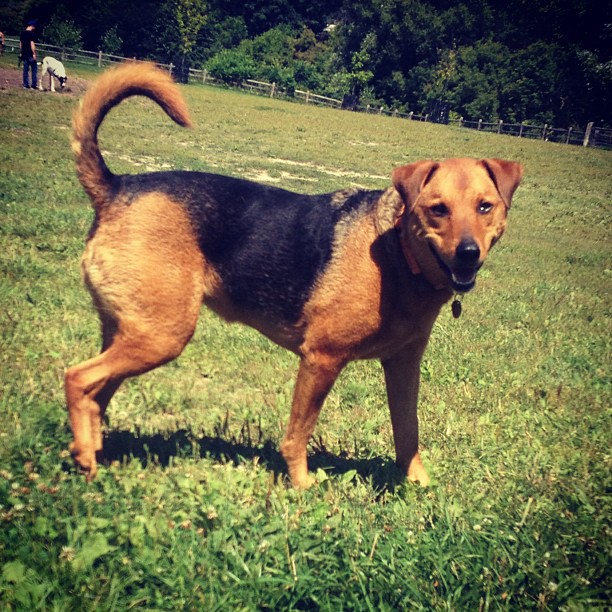 Using props such as a cardboard box and pillows, use treats and the verbal command to walk backward. Whenever he knocks down the box by moving to the rear, reward him with a treat. As time progresses, take away the props and he will learn to do as told. 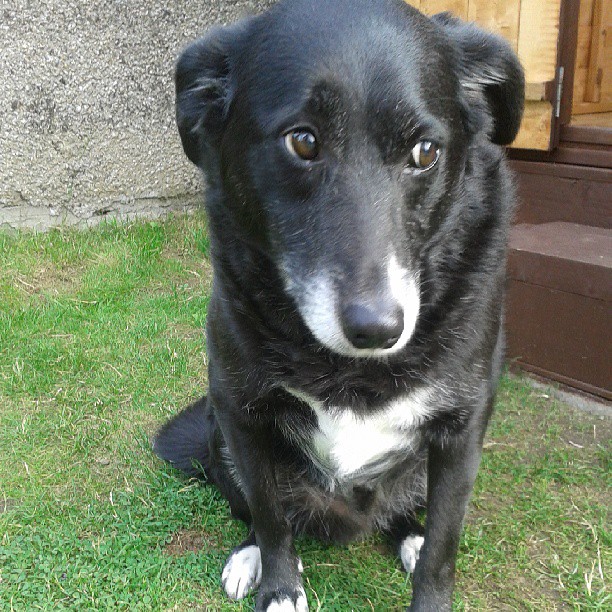 Get your pup to act bashful in the same manner as you would to teach him to salute. Ask him if he is shy and add a sticky note to his brow. Praise him with each successful move. As time goes on, stop using the sticky note, and he should pick up the command on his own. 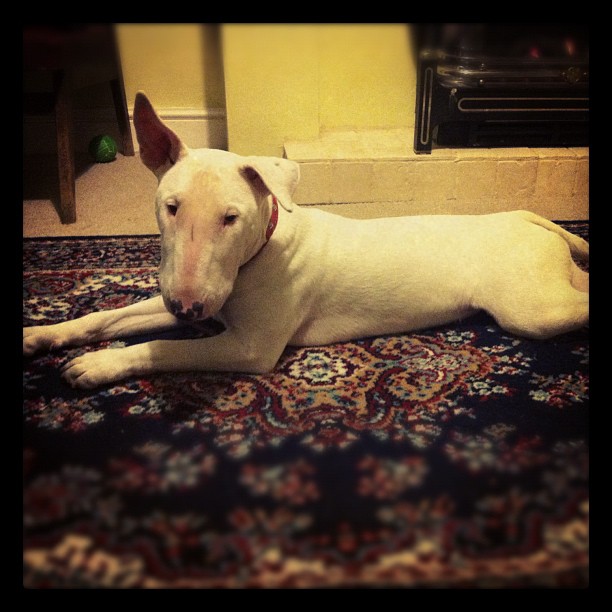 Teach your dog to “army crawl” not only for a cute trick but to help his joint flexibility. Teach this trick by having your dog lie down, reward him with a treat and get down in front of his face. Drag the treat slightly on the ground to show him to scoot with his belly. Once he has this action down, add an appropriate command for him to attach to the behavior. 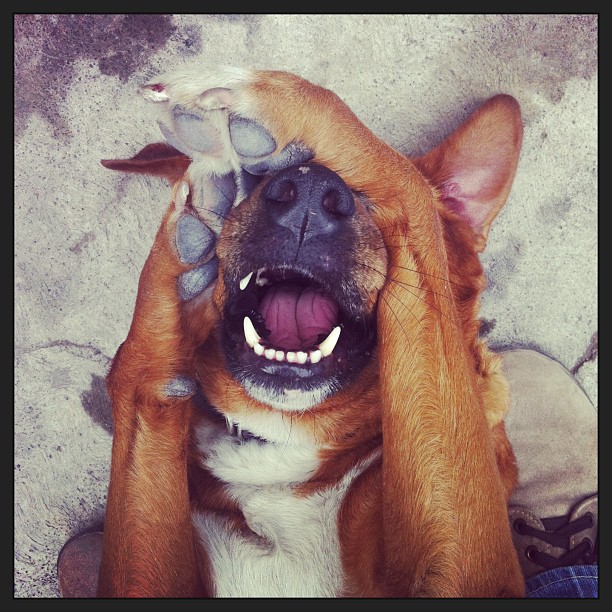 Train your pup to talk (or bark) and to hush on command by praising behavior when you see it. With quieting him down, it is best to teach this behavior when he is barking inappropriately. Grab his attention with a whistle or clap, tell him the command (hush, quiet, shush, etc.) and treat him once he refrains from barking. To teach your dog to bark on command, encourage the barking by hanging a toy over his head and engaging in play. Give an appropriate command and treat once he responds as you would like him to. 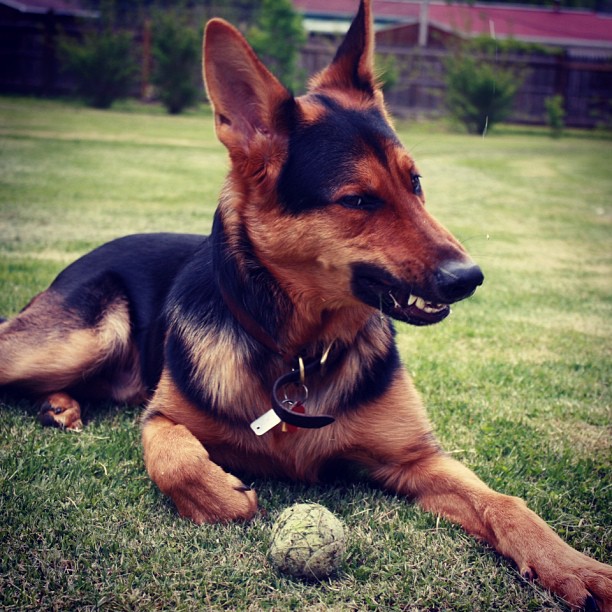 Think it’s funny when your pup sneezes? Teach him to do the behavior on command! Whenever Fido goes “Ah-choo,” hand him a treat and say “Sneeze.” Soon enough, he will be doing it (or trying to) when you ask him to. 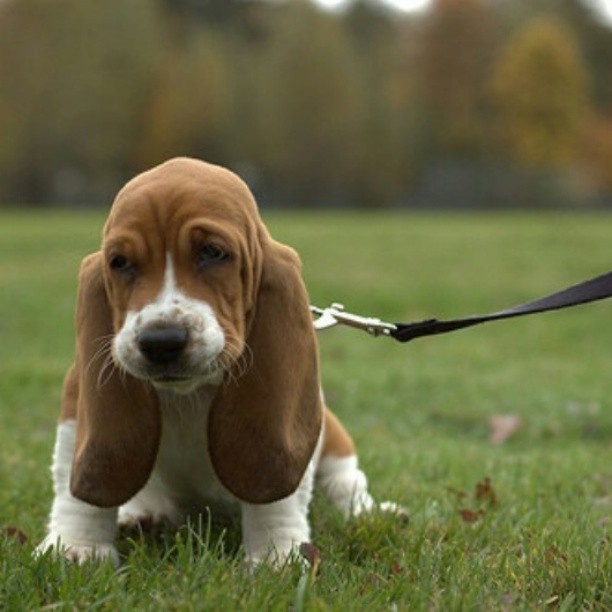 Guide your pup to potty on command by first observing his behavior when he goes to the bathroom. Once you see a pattern, add a command for him to associate with the behavior. Praise verbally and reward with a treat consistently. 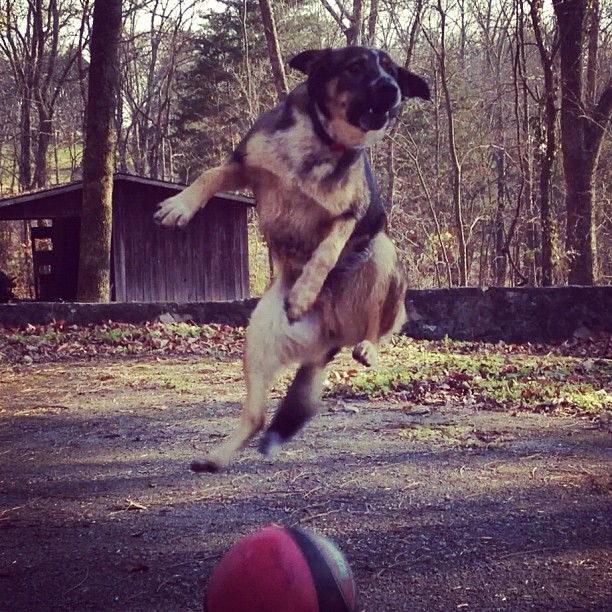 While your pup may not become the next Air Bud, he can certainly learn to shoot hoops with his BFF. As with the other tricks, start small and slowly. Use a lightweight ball for him to get used to. Whenever he touches or interacts with the ball, praise him and give him a treat. Once he feels relaxed, put the ball on his nose. Again, reward with cheers and treats. After this step is complete, start bouncing the ball off of his nose. Once he’s got the hang of this, you can move on to the heavier basketball. With your encouragement, he’ll understand what you want him to do with practice. 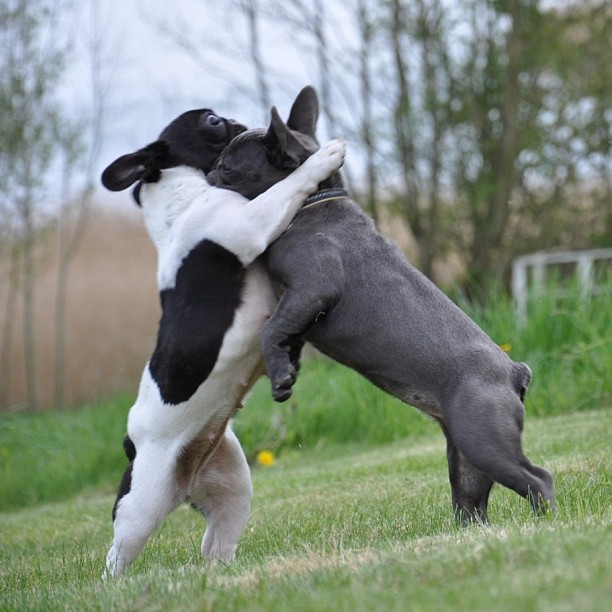 Your dogs may not learn to dance with each other like these two, but they can certainly learn to shake their tail along with you. Encourage him to boogie with you by holding a treat above his nose so he will stand on his hind legs. Reinforce the behavior with affirmation and he will gradually learn to do the behavior with you.