Rebel Wilson gives out style advice that you can actually use. 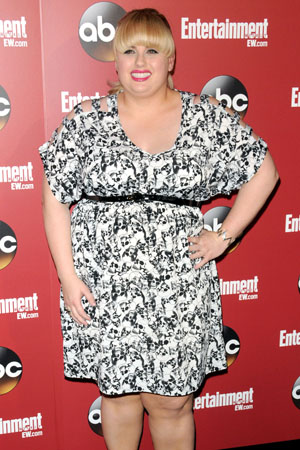 What’s on your must-have list for a fun night out: a LBD? Some sky-high Louboutins? A Birkin bag? You need to rethink this, according to Rebel Wilson.

The Aussie actress told Cosmpolitan what comprises a good look for a “super fun night” — and it all revolves around sportswear.

“If there’s a sudden need for a burst of cardio (e.g. running away from someone you really want to avoid), at least you’ll be ready,“ she said.

“Draw attention to your best assets,” she added. “Don’t be afraid to use a strategically placed LED light to point the way.”

As for hair, the star of the upcoming comedy Super Fun Night recommends an updo.

“A high ponytail. It looks banging. It keeps you from overheating, and it looks mad cool in head-swinging dance moves.“

Jokes aside, we think Wilson has one of the realest takes on fashion in Hollywood. Celebs tend to take their fashion cred so seriously, but the blond comedian is all about wearing what feels good.

“I’m a little bit preppy, but with a gangster edge,” she told Refinery29 in 2012. “Like, for example, I’m wearing these custom-made rings from Brooklyn that say my name on them. I like to say ‘comfortable’ as well — but, I don’t know if that’s really a style.”

But, comfort only goes so far — and you have to wear undergarments.

Are you listening, young Hollywood?

Get the look: Lucy Hale’s LWD
Oprah shows off her “Wild Thang” — a 3.5-pound wig!
Ke$ha’s awesome jewelry line is already selling out