If you want to learn to cook real French food, you probably should start by learning the tricks and tips from a real French chef, wouldn’t you say? I had the chance to learn from the head of the Cote Cours cooking school in Bouilac, a small town right outside Bordeaux. And yes, they do use as much butter as you think they do. 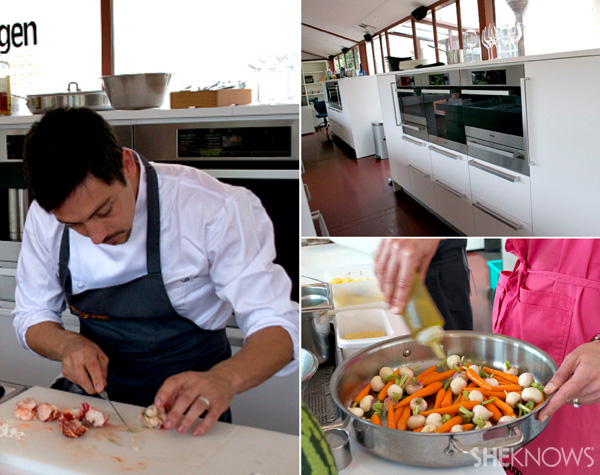 If there’s one thing the French know how to do, it’s cook. I’ve eaten my way through most of Paris, Nice and Bordeaux, but until June, I’d never actually cooked in a real French kitchen working with a real French chef. Let me tell you, it’s the most delicious experience I’ve ever had. From the fresh ingredients to the precision and passion, it’s not hard to see why French food is considered some of the best in the world. 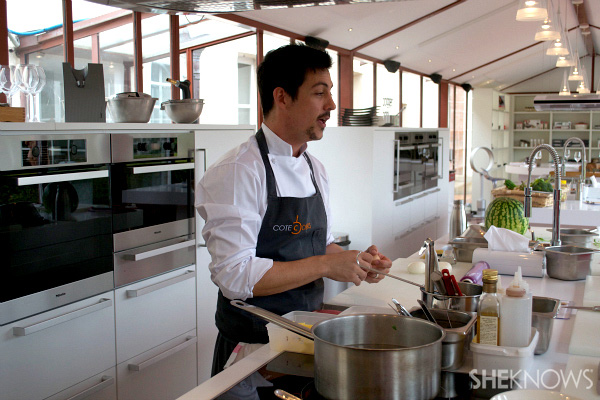 Though Bordeaux was founded in the 1400s, Cote Cours isn’t quite that old. In fact, it opened in June 2012 as part of the Hotel Saint-James, with the Michelin-rated chef Nicolas Magie taking the helm. He’s since moved on, leaving his sous-chef Benjamin Bonnay to take the lead. There’s a class for just about anyone, from beginners to more experienced chefs. If you don’t want to make what’s on the menu, you can rent out the space for yourself or your party. If you want to shop for your own foie gras (or cheese and produce), take the Chef for a Day class and pick out what you want to cook. 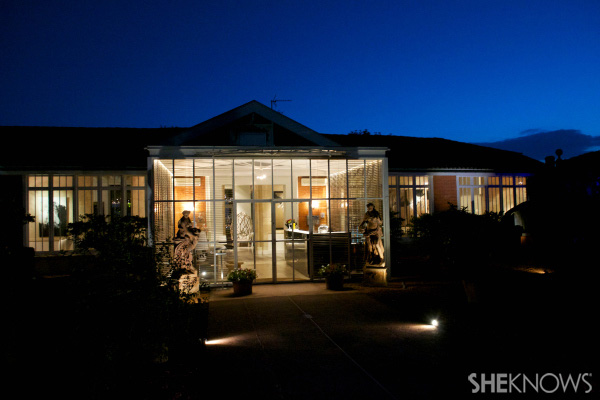 Even though you don’t have to be a guest at the hotel to enjoy Cote Cours, you definitely want to stay there. Le Hotel Saint-James, opened as hotel in 1989, is a converted 18th-century farmhouse with seriously breath-taking views of Bordeaux and the city of Bouilac. There are just 18 rooms and suites, all which have a slightly different setup. Instead of old oil portraits of wealthy aristocrats, the walls are decorated with abstract art, one-of-a-kind modern sculpture and stunning floor-to-ceiling windows. Every turn offers something new, making it look more like a museum than a hotel. Oh, and did we mention there’s a pool overlooking the valley?

Some key lessons on French cooking 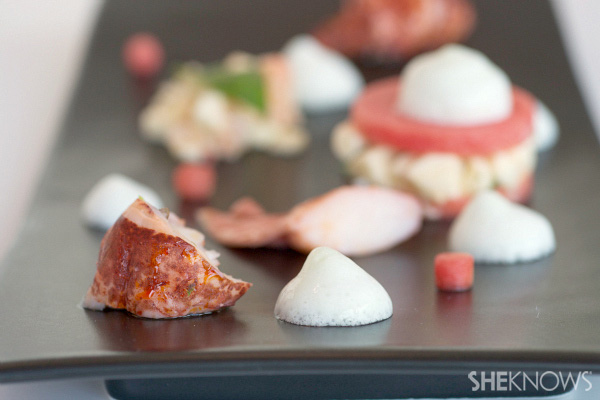 Many people think French cooking is difficult and pretentious, which couldn’t be further from the truth. What many mistake for snobbery is simply a deep passion and love for food and culture. For our class, Benjamin Bonnay prepared a menu for us to make, consisting of poached lobster, watermelon with fresh mozzarella foam, soft poached foie gras and blanched vegetables, with a simple chocolate dessert. We also learned a few key things about French cooking that we want to share. 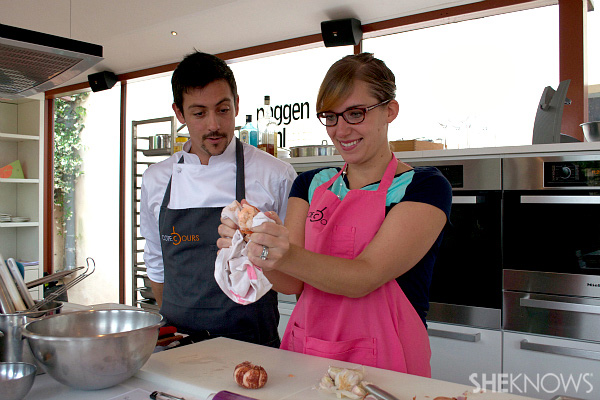 The revival of Bordeaux 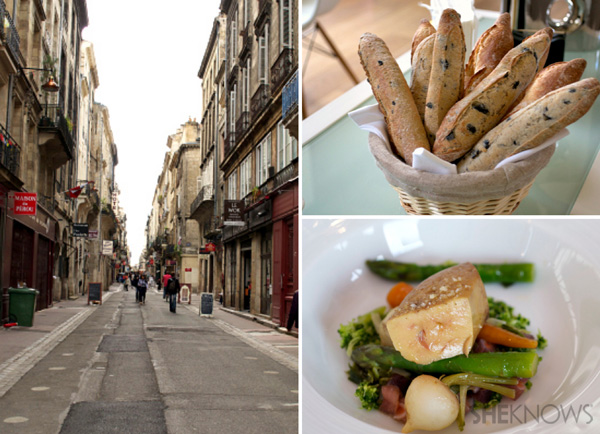 Bordeaux hasn’t always been the tourist destination it is today. In fact, 10 years ago the city was dark, tarnished and brooding. The mayor decided to completely restore the 362 historic buildings (from the 13th to the 17th century) and ordered a cleaning of almost every single one. The soot and grime was wiped away, revealing the stunning stone beneath it. The old shipping ports were dismantled, which gave citizens and tourists an unobstructed view of the adjacent river. In just 10 years, the once-overlooked city has transformed into France’s second-most popular tourist destination. Now wine lovers and foodies flock to this town for the Michelin-rated restaurants and award-winning wine shops and wine bars. If you have time, stop by L’ Ecole du vin and take a class on French wine while sipping some regional vino.