Rihanna was suing mad at British fashion retailer Topshop over a T-shirt featuring her face. She wanted $5 million for the unauthorized use… and a British court agreed. 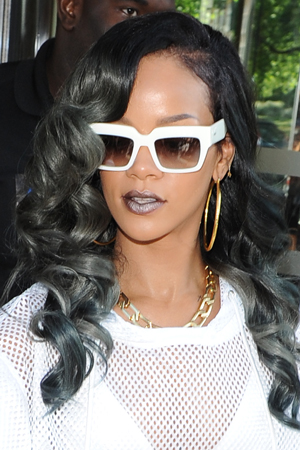 A photographer thought he’d hit the big time when he gave British clothing company Topshop permission to use on its T-shirts a photo that he had taken of Rihanna. However, Rihanna didn’t give permission — and she promptly sued Topshop’s parent company, Arcadia, for unauthorized use of her photo.

The High Court in London agreed with the Barbados-born singer, ruling that using her photo confused fans into thinking she had authorized it.

“In finding that a substantial proportion of Rihanna fans will have mistakenly bought the Topshop T-shirt thinking that she had endorsed it, the judge appears to have been influenced by two key factors,” intellectual property expert Simon Clark told NBC News.

“Firstly, the image showed Rihanna wearing the same clothes that she wore in the video for her ‘We Found Love’ single. Secondly, the fact that it was Topshop, which has a reputation for associating fashion with celebrities, meant that there was more likely to be confusion than if the T-shirt had been sold in a different type of outlet.”

Her lawyers also argued that the sale of the shirt “represents a loss of control over her reputation in the fashion sphere” — an important detail. The singer is working with River Island on a second fashion collection, which will be out this fall.

But don’t look for the line in Topshop — somehow, we don’t think it’ll be stocking her designs anytime soon.