Lady Gaga is going through another fashion evolution, but this time it doesn’t have anything to do with eggs or meat. 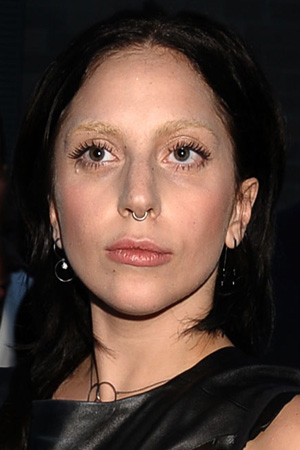 Lady Gaga is set to make her big comeback at the 2013 MTV Video Music Awards on Aug. 25, but don’t expect her to wear a meat dress or go in drag. The 27-year-old singer tells Women’s Wear Daily that her look for her upcoming album won’t be as outlandish as we’d expect.

Confused? Her fashion director, Brandon Maxwell, breaks it down into simpler terms.

“It’s more toned down and pulled back and chic,” he says of the new look, adding that she’ll wear custom creations from designers like Balenciaga, Saint Laurent, Versace, Armani and Alexander Wang.

Her horrific hip injury was the catalyst for this change, Gaga tells WWD.

“My injury was actually a lot worse than just a labral tear,” she says. “I had broken my hip. Nobody knew, and I haven’t even told the fans yet. But when we got all the MRIs finished before I went to surgery there were giant craters, a hole in my hip the size of a quarter, and the cartilage was just hanging out the other side of my hip. I had a tear on the inside of my joint and a huge breakage. The surgeon told me that if I had done another show I might have needed a full hip replacement. I would have been out at least a year, maybe longer.”

There was an upside to the awful injury, though: It gave her a chance to really think about the direction and feel of her upcoming album, ARTPOP.

The result: a different look, but one that’s still undeniably Gaga.

“We’re making suits out of things that they would not normally be made out of, like plastic, but they’re super well-tailored and clean,” Maxwell tells WWD. “Maybe she’s just wearing a simple catsuit and a head wrap… but we sort of do the craziness on the face.”

It just wouldn’t be Gaga without at least a little craziness, right?

Are you excited for a new, “toned-down” Lady Gaga?