Do we really need to give you a reason to visit Las Vegas next year? If so, here are four. 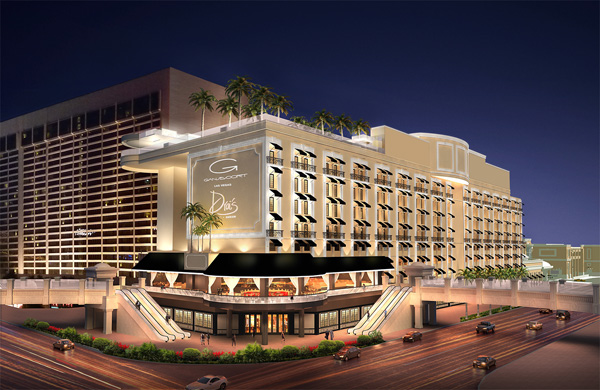 Well, well, well… it’s about time that this luxury hotel collection opened up a property out west. Finally, the wait is over! Gansevoort Hotel Group, known for its sleek and sexy hotels in New York City and Turks and Caicos, is collaborating with Caesars Entertainment Corporation to launch a boutique, urban resort in the heart of the Las Vegas Strip. Slated to open in early 2014, Gansevoort Las Vegas will feature 188 Parisian apartment-style guest rooms, including 19 suites, a 40,000-square-foot casino and a destination restaurant overlooking the Strip. Finally, it wouldn’t be a Gansevoort property without a huge nightlife component. Enter Vegas nightlife impresario Victor Drai, who will lend his expertise to the creation of Drai’s Beach Club and Nightclub, a 65,000-square-foot indoor/outdoor nightclub and rooftop pool experience featuring panoramic views of the Las Vegas Strip. 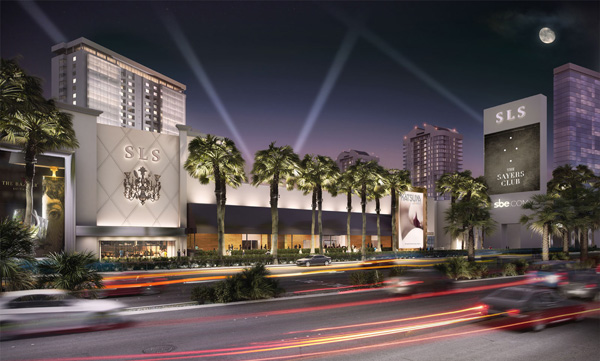 The SLS family is growing! Fall 2014 will mark the arrival of SLS Las Vegas, a fully integrated resort and casino, which will replace the former Sahara Hotel & Casino. The property will be managed and operated by leading hospitality company sbe, which also manages popular hotels like the Raleigh in Miami and SLS Beverly Hills. This massive resort will feature 1,622 guest rooms and suites, a collection of restaurant concepts, including the Bazaar by Jose Andres, Katsuya by Starck, Umami Burger and L.A. hot spot the Griddle Cafe. SLS Vegas will offer not one but four nightlife experiences, including a nightclub called Shelter and a live music venue called the Sayers Club. The property will also offer a 10,000-square-foot Fred Segal retail experience featuring seven branded boutiques. With all that entertainment, we’re betting you won’t even leave the resort!

Although not technically a new hotel, we thought that a $50 million renovation to one of Las Vegas’ most iconic properties deserved a mention. Aspects of the Palms‘ redesign have been rolling out since May 2012 and to date include four new bars, including Scarlet, a craft cocktail bar; five new and refurbished restaurants, including Chocolat Bistro, a traditional European creperie and patisserie; a casino floor redesign; and the remodeling of all 428 rooms in the Ivory Tower. Even with all these updates, there’s still more to come! Ghostbar, the legendary nightclub located on the 55th floor of the Ivory Tower, will celebrate a redesign in August, and pan-Asian restaurant Xishi is slated to open in October.

News about this property is so hush-hush we couldn’t even get an artist’s rendering! That’s OK — we’ll let our imaginations do the designing for us. South Beach’s hottest hotel was slated to make its mark in Vegas in place of THEhotel at Mandalay Bay in late 2013, but the opening was pushed to early 2014. The property’s 1,100 all-suite accommodations will maintain the Delano personality, so expect the same attention-to-detail, high-class service and effortless luxury. In addition to the Delano Las Vegas opening, Morgans Hotel Group (operator of the Delano) will introduce several new food and beverage concepts at Mandalay Bay, including a casual American bistro by chef Brian Massie and a Japanese dining destination by celebrity chef Akira Back.