At age 31, Helene Neville was first diagnosed with Hodgkin’s lymphoma and after chemo, radiation and an overlooked brain abscess she had three brain surgeries while working as a nurse in Iowa. After numerous tests, she was told to prepare for the worst and to get her affairs in order. She instead decided to sign up for the Chicago Marathon and started racing to beat the odds. 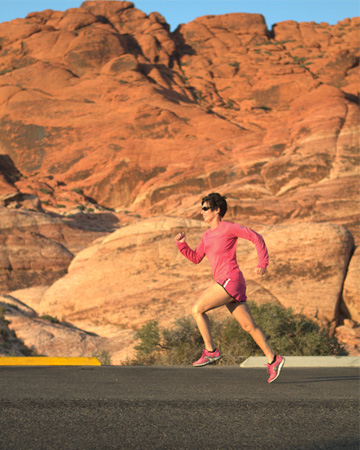 Her first history-making run spanned California to Florida, where she ran an astounding 2,520 miles in 93 days. At age 49, Helene had already survived three bouts of cancer.

Over the next 15 years Helene participated in reputable athletic endeavors, including the London and Boston Marathons and climbing Mt. Whitney in record time. As a cancer patient, she placed in two bodybuilding competitions. She authored Nurses in Shape: The Right Dose to encourage those in the healthcare industry to live a healthy life and to set great examples.

After her first transcontinental journey she wrote One on the Run: 93 Days Across America, to thank ordinary Americans and the hospitals she visited for their surplus of love and support. Fans followed her on social media, checking daily for updates of the 93-day run honoring her departed mother. The inspiration from her supporters became the foundation of the book.

Helene was then diagnosed with T-cell lymphoma, her fourth cancer battle. But that still didn’t keep her from running from Canada all the way to Mexico. Her fans rallied once again as she undertook another awe-inspiring journey to prove that anything is possible, this time carrying the ashes of her recently deceased brother who had always wanted to join in her adventures. 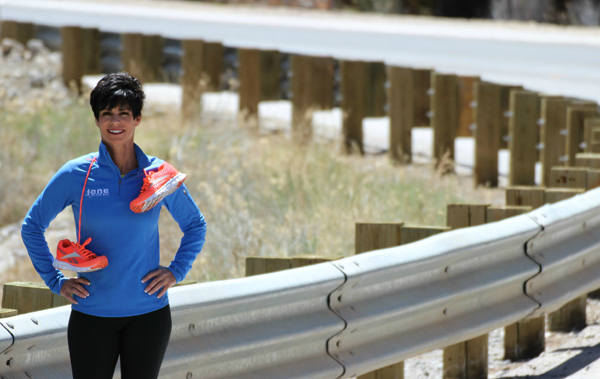 Now 52, she just completed the 1,500-mile 45-day border-to-border run, crossing the finish line in Tijuana on June 15. As a nurse she had served all socio-economic populations, but running across America offered its own unique insights. She soaked in the panoramic snapshot of people and places and listened to those she met on the highways, in small towns and urban hubs. She came across a dead body on a railroad track. The volume of drug addicts and the homeless shocked her, yet it was the least of these who gave the most: a bottle of water, a conversation, encouragement. She also met those struggling with unemployment and lack of healthcare.

The experience convinced her to run for public office as after all, she’s uniquely “of the people.”

Helene recently founded the National Nurses Half Marathon, 5K and two-day Health Institute Conference. The inaugural event will be held in Las Vegas in October 2013. Visit www.nationalnurseshalfmarathon.com for event details, and follow Helene at www.oneontherun.com and www.facebook.com/oneontherun.

Women who are changing the world
Helicopter crash survivor shares her story
Erin Andrews: My mom taught me to be a fighter

6 hrs ago
by Summer Cartwright