Justin Bieber debuts his third fragrance, The Key, with a teaser video. 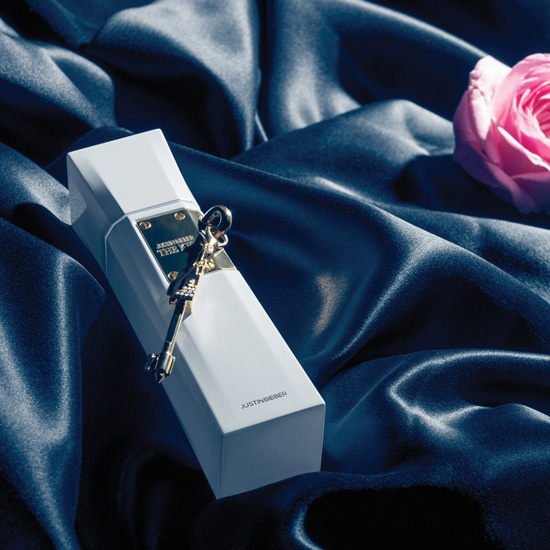 Justin Bieber keeps telling us that he’s “growing up.” We haven’t seen a lot of mature behavior from The Biebs as of late, but his third perfume — The Key — does look a lot more sophisticated than his previous two fragrances, Someday and Girlfriend.

Bieber teased a new video for the fragrance on Monday.

“As promised — here is the gift to you — #TheKey #UnlockTheDream,” he tweeted.

It definitely shows a sexier side of Bieber, but will the fragrance measure up? The Key — now on sale — is described as “energetic with a sexy splash of sparkling freshness.” Its “creamy dry down blends sensual musks and exotic precious woods with decadent notes of vanilla that will leave you dreaming for more.”

Will it be as popular as his first two creations? Yes, if reaction on Twitter is any indication. His tweet about the fragrance has been retweeted thousands of times — and Beliebers are spreading the word on their own.

“so im in this store but they have only girlfriend & someday. GIVE ME #THEKEY,” one fan wrote.

“Just saw someone I follow on instagram got #THEKEY from Dillards! Def picking up my own this weekend!” added another.

Will he ever release a men’s fragrance? He told Women’s Wear Daily in 2012 that he’s “not interested” in making a masculine scent. A smart move: His fan base is female — and his perfumes give him an opportunity to get close to the ladies.

“I wanted to do a fragrance for women basically because I want to be smelling the girl’s neck,” he told Ryan Seacrest in 2012 of why he likes making feminine scents. “I want to tell the girls what I like and what I think is going to be hot and what’s attractive to me, so I wanted to make a fragrance that I think will be appealing and make me want to chase the girl that I smell.”