It’s happening. Twitter is taking over the world as we know it, and sadly, it’s stealing our beautiful language too. We’ve rounded up tweets that are purely unbelievable and make us simply shake our heads in dismay.

It’s happening. Twitter is taking over the world as we know it, and sadly, it’s stealing our beautiful language, too. We’ve rounded up Tweets that are purely unbelievable and make us simply shake our heads in dismay.

We’ve removed these Twitter users’ profile information to protect their identities. But even more, we’ve removed them to protect ourselves. These people are out there, somewhere; we’d rather not know. They’re hiding among us, lurking in our streets, neighborhoods and shopping centers. Nowhere seems safe anymore! Here are 30 reasons some Twitter users have left us feeling nervous.

This Twitter user must be a writer for the hit family game Mad Gab. Say “flaming young” 10 times fast, and you’ll wind up with “filet mignon.” 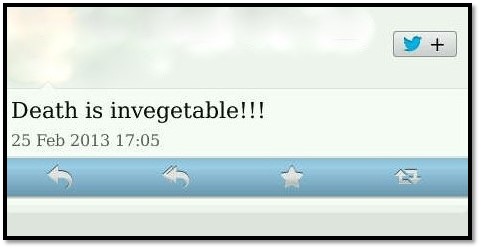 Technically, this could be true (with a few minor edits, of course). If this Twitter user is referring to a poisonous vegetable, death could certainly be the end result. 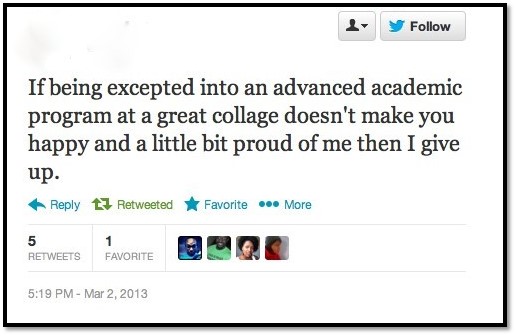 We hope this Twitter user’s collage includes word clippings from magazines, or better yet, the dictionary.

Don’t worry! If something big is happening, Twitter users have it covered. Who knew the inauguration would offer so much celebrity gossip?

Where to begin? Perhaps this Twitter user actually does have Alzheimer’s disease. They seem to have forgotten all punctuation. And rules of grammar, for that matter. 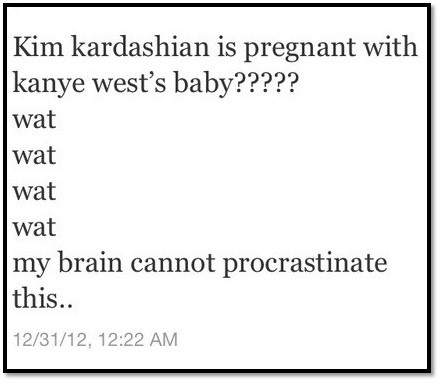 Such news simply cannot wait! And our brains cannot process this tweet.

We love that this tweet was an @mention, the Twitter equivalent of “Hey, did you know?” Though we’re not sure if “maturity leaves” happen before or after puberty.

We had to Google this. Twitter translation: “OOMFS” could be read as “one of my followers.” But it doesn’t stop there. This tweet also features examples of modern slang. “Textin,” meaning “texting,” “n” meaning “in,” and “tho,” meaning “though.” A brilliant specimen of our language evolving in the modern era. That is, if you can overlook all of the other errors.

They’re too busy to Google it

OK, this one is tricky. We get it. Those silent Ps can throw even the best of us. But really, there’s no excuse in a world where Google exists. A simple search might have helped this Twitter user with the word “pneumonia.”

Perhaps they’re referring to blank stares. Which is, quite possibly, the facial expression many might have while reading this tweet.

This might be one of the most frightening tweets of them all. It’s one thing to simply tweet the wrong words, but when it comes in the form of medical advice, that’s just terrifying.

They’re getting in touch with their feelings 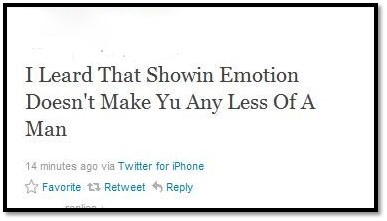 First, we wonder if this tweet is a title. Perhaps this might be an upcoming self-help book or something. We’re not sure, but we are positive that “leard,” “showin” and “yu” were not used correctly here.

They’re learning to accept themselves 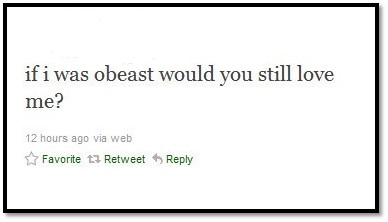 Just because Twitter users are hidden behind their usernames doesn’t mean they don’t have feelings. They’re no different from the rest of us. We all worry about the beast that is “body-image acceptance.” Perhaps we should throw them a bone on this one. For the heart’s sake, of course. 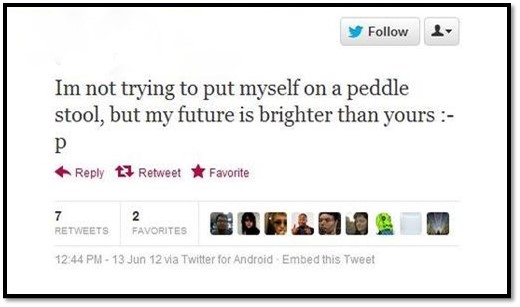 Someone should patent this, quickly. We have a hunch that whoever gets this gem first will soon find themselves sitting high on life’s pedestal.

This tweet is simply not true. Parents, please protect your children from this madness. This has to be stopped!

The correct hashtag here would have been #imdumb. Let’s get it right. 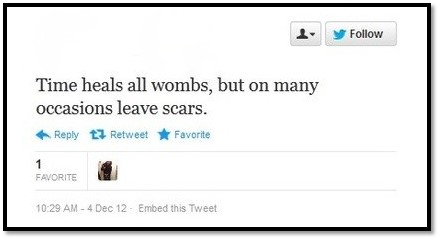 Is it working? We didn’t think so either. In fact, this tweet only left us with mental wounds. And we doubt they will ever be healed.

They’re trying, they really are

This tweet was meant to be a sincere offering of condolences in response to a tragic event. We hope the meaning was not lost, at least.

Oh, thank goodness! They’ve designated drivers to cart them around! Did your safety meter just jump up a notch, or maybe two?

Sometimes, they’re just so close that you almost feel for them. Out of 16 words, this Twitter user only missed two. All in all, that’s not bad; not perfect, but not bad. Then again, we didn’t count the small things, like punctuation and proper nouns. 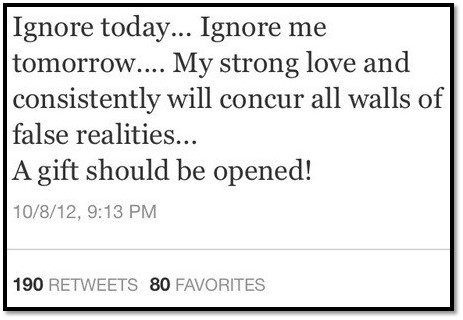 We’re not sure what this tweet means at all, but anyone would concur it’s extremely poetic. It makes you stop to think, doesn’t it? What is the gift? Who should open it?

They’re getting into politics

Watch out! Twitter users might just take Washington by storm. Once they’ve pinpointed the political parties, the world will never be the same. 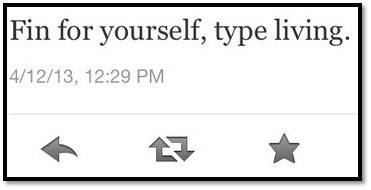 We’re pretty sure this Twitter user meant “fend,” and for once, we believe they speak for all of us.

Some writers experiment with the use of the comma, but this Twitter user experiments with the meaning of the word itself.

They’re giving us an out

If you don’t drive a cool car, consider yourself free! I’m out! 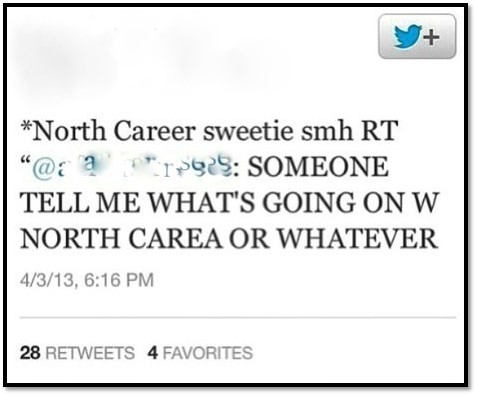 Twitter translation: “SMH” stands for “shaking my head.” We are certainly shaking ours at the way this Twitter user “corrected” another.

And we all should give them the respect they deserve.

*All tweets courtesy of dumbesttweets.com