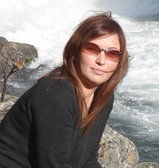 Does your pooch have a pooch? According to the 2013 State of Pet Health Report published by Banfield, one in four dogs in the U.S. are overweight or obese. Here’s what to do if your dog is one of them! 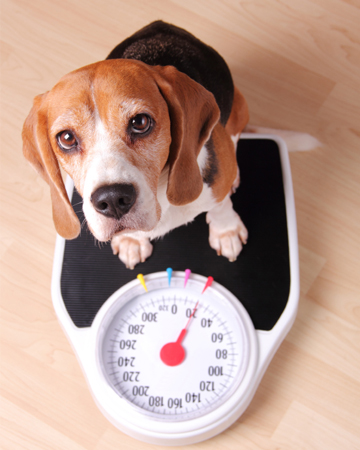 What’s the number one reason for pet obesity? Overfeeding. In fact, even owners who only feed the right amount of kibble may be overdoing it by giving their pets too many treats, table scraps or “extras.” For example, the Banfield report points out that a single hot dog provides about 19 percent of the total daily calorie needs of a medium dog. Slip your pup a hot dog on top of his regular food and the pounds will start adding up.

According to Dr. Justine Lee, chief veterinarian and pet expert for Wayfai, the solution is simple. Cut down on 25 percent of food being offered. “Actually use a measuring cup and feed the amount of food labeled for the ideal weight for the breed or size of your dog,” says Lee. “Switching to a high-fiber kibble can also help, as it’ll make your dog feel full with less food.”

Dr. Marilyn Gotbeter, chief veterinarian for the City of San Antonio Animal Care Services Department, agrees, adding that prescription foods can also be an option as long as your dog adjusts to the food change. “Some pets are just pickier eaters,” says Gotbeter. She also recommends cutting out all doggy treats and using raw veggies (broccoli and carrots) instead. “You can even remove some food and replace it with low calorie veggies such as squash and green beans.”

When food isn’t the problem

If you have the diet bit under control, and you still have an overweight dog, it might be time to look at health and lifestyle.

According to Lee, one reason dogs are overweight is lack of exercise. “People don’t walk their dogs enough,” Lee says. “My general rule is that if you can’t walk your dog around the neighborhood at least twice a day, you shouldn’t get a dog.”

According to Gotbeter, other common reasons for obesity include:

Does it work? In short, yes. Dogs taking Slentrol can lose up to 0.7 percent of their body weight in a week. As Slentrol lowers your pup’s cholesterol, it can also have some adverse effects according to Gotbeter, so the drug is not intended for long-term use. “Some dogs can show aggression, depression or experience muscle soreness,” says Gotbeter. “Other effects include vomiting, diarrhea and lethargy.”

In the end, it’s up to you to keep Rover in top shape. A healthier diet, a bit more exercise and maybe a visit to the vet might be just what your dog needs to shed the excess pounds.

What’s a healthy weight for dogs?
5 Questions to determine the best care for your dog
Yoga for dogs