Jennifer Lopez still says she didn’t know that the green Versace dress she wore to the 2000 Grammy Awards would cause such a commotion. 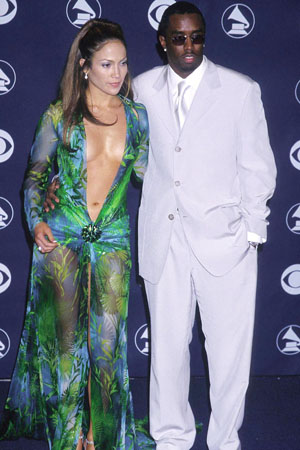 It’s been 13 (yes, thirteen!) years since Jennifer Lopez wore that dress — you know, the green, cut-down-to-there Versace number — at the 2000 Grammy Awards. Lopez was already on her way to superstardom, but it’s hard to argue that the dress didn’t help give her that extra push.

After all, we’re still talking about it.

Still, J.Lo claims in a new interview with W magazine that she was “surprised by the reaction” that the dress earned her.

“When I came onstage with David Duchovny, who was the biggest star in the world then, he said to the audience, ‘Nobody is looking at me,'” Lopez says in the interview. “This loud sound started from the back of the room — it was kind of like a roar, over me in the dress. When I went to my seat, I said, ‘What’s the big deal?!’ [Then-boyfriend] Puffy and Benny [Medina, her manager] were waiting, and they said, ‘You have to take pictures in that dress.'”

The 41-year-old singer hasn’t worn the dress since, but she still knows how to dress her healthy, curvy body in attention-getting numbers. 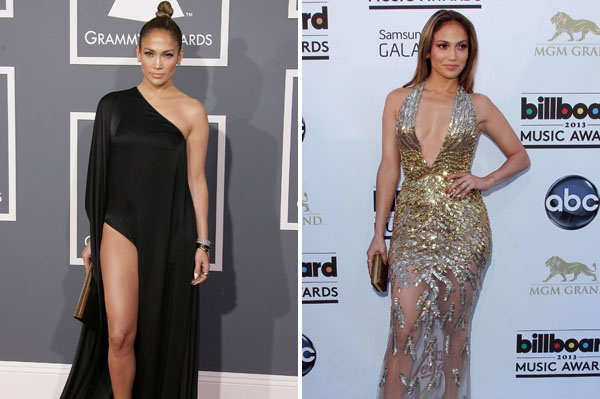 We say flaunt it if you’ve got it — and Lopez definitely has it!

As for the Versace dress?

“I have that at home,” she told Harper’s Bazaar earlier this year. “The other day, my housekeeper put it on a mannequin in my spa, where I get my hair and makeup done. She sent me a picture. She was like, ‘You like this dress?’ Um, yeah, but I don’t know if I like it out in the house!”

Is Jennifer Lopez’s Grammy Awards dress the most iconic dress ever? Sound off below!