If you’ve never been to a gay couple’s commitment ceremony, you may feel clueless about what’s appropriate and inappropriate to say and do while you’re there. You may also wonder just how different the celebration will be compared to traditional weddings between a man and a woman. 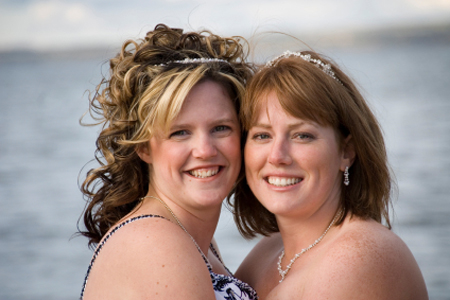 According to Zac Campbell, president and founder of Eventful Moments Vallarta, “Gay weddings are usually new territory for the guests. Most guests tend to be uncertain, even nervous at first, but find the experience of a gay wedding more celebratory of the couple because of the level of commitment it takes to marry someone of the same sex.”

To help ensure that you’re not the kind of guest who commits an etiquette faux pas, or worse, offends the couple celebrating their love, here are some etiquette guidelines you’ll want to be mindful about while attending the ceremony.

Know the difference between congratulating and patronizing

Realize that what you say may not always be interpreted the way you hope. For example, etiquette expert William Hanson warns against making statements such as, “I think it’s wonderful that people like you can get married now.” He explains that, “However well intentioned this is, it will probably cause offense. Also steer clear of saying things such as ‘This is so sweet,’ or anything that could be interpreted as belittling or patronizing.”

Accredited Bridal Consultant™ Robyn Bruns works for Red Letter Event Planning and offers some additional advice on the type of comments that are better left unsaid: “Don’t say to the couple anytime during the planning, ‘maybe sometime soon the government will recognize this as a real wedding or marriage.’ This is very real to the two people getting married, otherwise they would not spend the time and expense of hosting you and the other guests.”

Be sensitive to the gender of the couple

Bruns also explains that it’s important to acknowledge the couple’s gender in the cards you give them. “Don’t buy a card that has a picture of a bride and groom on it,” advises Bruns. “Instead, seek out cards or acknowledgements that recognize the gender of the couple. Hallmark sells them and independent card stores should carry them.”

Go to the event with an open mind

“Be prepared for a lot of gay and lesbian wedding guests, who feel very free in this setting, to dance with each other and show public displays of affection,” says Tina Tessina, Ph.D., a psychotherapist and author of “Gay Relationships: How to Find Them, How to Improve Them, How to Make Them Last.”

“Also be prepared for the GBLT community. People might be cross-dressed, and transsexuals in transit can look strange, but this is their comfort zone, not yours,” advises Tessina.