Wearing a Halloween costume to work may seem like a fun and festive way to get yourself and coworkers into the holiday spirit. But showing up to work in a costume that’s distracting, offensive, or too revealing may not garner the appreciation you expected. In fact, choosing the wrong costume can land you in hot water with your boss and coworkers and can significantly undermine your professionalism. 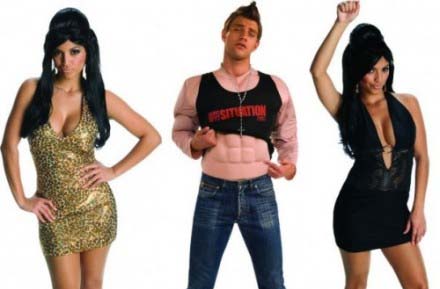 Don’t: Dress up without checking in with coworkers first

According to Salemi, author of “Big Career in the Big City,” it’s a smart strategy to ask a few colleagues for the inside scoop on who typically dresses up and who doesn’t in your workplace—particularly if this is the first Halloween you’ll be celebrating in your current job.

“Your best bet if you’re new is to be more subtle with a few removable props, such as a witch hat, in case your office isn’t as decked out as you originally thought,” she explains.

Do: Consider your workplace atmosphere

“If you work in a creative environment, such as journalism, graphic arts, or an ad agency, you have more creative liberties than if you’re in a conservative law firm where, perhaps, it’s frowned upon and viewed as silly if you’re in costume,” says Salemi.

Don’t: Wear a costume you wouldn’t want your grandma to see

Piotrowski, author of “The Career Coward’s Guide to Career Advancement,” offers some common sense advice for selecting a costume that’s welcome in the workplace:

“Picture someone you truly admire seeing you in your costume—a former teacher, an elder in your family, or a colleague for whom you have high regard. Then ask yourself, ‘Would I feel good about myself if they saw me in what I’m wearing?’ If not, consider a different choice. You never know when you may be meeting your next boss.”

Do: Reserve scandalous costumes for your social life, not your job

Although Halloween may present the opportunity to take advantage of a more relaxed dress code around the workplace, don’t make the mistake of wearing a risqué costume that may make your coworkers, supervisor, clients, or customers uncomfortable.

According to Salemi, certain attire, such as the naughty nurse costume, has no place in professional environments. “Your costume for work needs to be appropriate,” she says. “Sure, you can be a nurse on your own time on a Saturday night, but when it comes to being office friendly, it’s important to tone it down a tad. For instance, you can crank things down a few notches and become a nurse, but don’t necessarily vamp it up from nine to five.”

Don’t: Miss the opportunity to celebrate someone you respect or a cause you support

To select a costume least likely to offend anyone, Piotrowski suggests dressing up as someone or something you respect, such as historical figures like Eleanor Roosevelt or Albert Einstein. She also suggests communicating a theme with your costume, such as global warming.

With costumes like these, “People will view you as more interesting and sophisticated than someone who throws on a Kate Gosselin wig,” she explains.

Do: Turn to your friends for fun and creative ideas

Now that you’ve heard these do’s and don’ts are you feeling a little stumped about what costume to wear? Don’t fret, just ask your friends for some ideas.

“You’ll likely hear suggestions that are clever, rather than those that are strongly political or sleazy,” says Piotrowski.