Want to conserve water around the house? Start in the bathroom. That’s where we’re using, and wasting, water the most, according to David Johnston, a green building expert. Johnston owns the sustainable building consulting firm What’s Working in Boulder, Colorado. If it’s been a while since you’ve made improvements to the bathrooms in your home, it’s time to swap the existing shower heads, faucets, and toilets for more energy efficient, water saving models. Johnston suggests the following green upgrades. 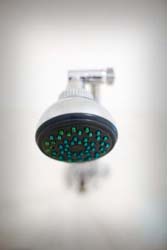 Johnston explains that you can use 50 percent less water by swapping your current showerhead for a low-flow model. Look for one that has a flow rate of 2-1/2 gallons per minute or less. They are price from $20 to $50.

It’s also worth investing in a showerhead with a filter that removes chlorine because our bodies absorb it and it dries out our skin and hair. 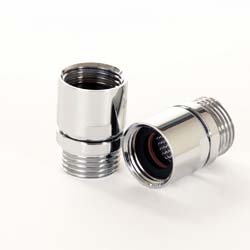 Most toilets in U.S. households use 5 gallons of water per flush, according to Johnston. “There’s no reason for that, if you’re remodeling anything in the bathroom, swap out the toilet for a dual flush version.” (Expect to pay about $250.) 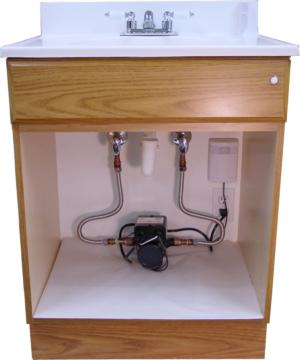 For most of us, getting hot water to stream out of the faucet means waiting for the water to go from cold to lukewarm to hot. Sure, it’s a brief wait, but you’re still wasting water.

There is a way to cut out that warming up period. Johnston suggests installing a Metlund Hot Water D’mand System, a pump that attaches to the water pipes underneath the bathroom sink. When you signal for hot water, it pushes the cold water out of the pipes and brings hot water to the faucet, before the faucet even turns on. You’ll still wait a few seconds for the hot water to arrive, but you won’t be letting wasted water run down the drain.

“If I were the building czar of the universe, (the D’mand system) would be code in every house in America,” Johnston says.

Kits start at $366. For information, go to gothotwater.com.

Is This $30 L’Oreal Paris Eye Serum the Next Internet-Famous Eye Serum?