Celebs got dressed up — and dressed down — for their festivities during the last weekend in June. 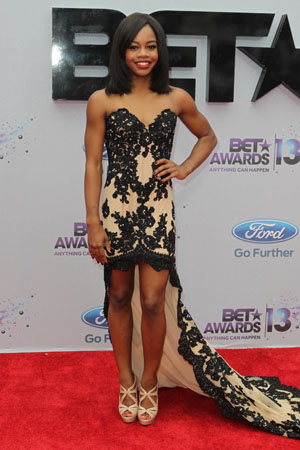 Olympian Gabrielle Douglas had quite the night at the 2013 BET Awards. The gymnast won both the YoungStars Award and the Subway Sportswoman of the Year Award during the show, but the real talk was about her multi-level black lace gown. So glam.

It sounds like Gabby had a great time at the show, too.

“Thank you so much @BET 4 my 2 awards! I also want 2 thank everyone 4 your all of your support! It means the world to me! Love you! #grateful,” she tweeted on Monday. 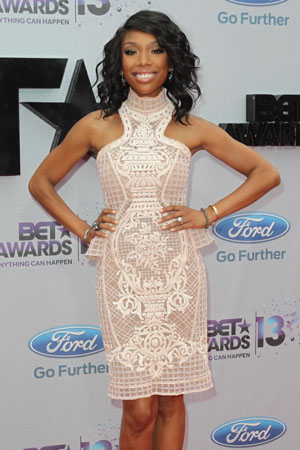 Who knew Brandy had such toned arms? The singer and actress walked the red carpet at the 2013 BET Awards in an white gown with an intricate design and peplum detail. The Game star has really stepped up her fashion game as of late — and that’s no mistake.

“I’m finding my way and I’ve been working with a stylist as of late and he’s been really great,” Brandy told Essence in 2012.

“I feel great about my life right now, so I wanna look my best… It’s just really time to step up and really present yourself the way you feel and the way you want other people to feel — inspired by you. Because people can see you with that big smile and the right outfit and say, ‘I want to dress up today and feel good about myself.’ And I know beauty is within, but the outer also reflects what’s within.” 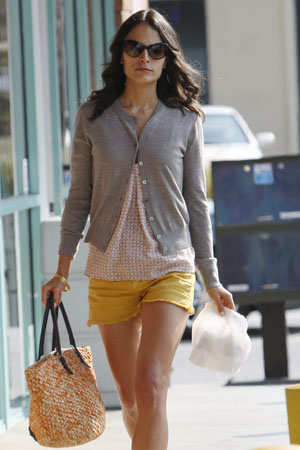 Who had the best weekend look? Sound off below!

Blue Ivy Carter has Tom Ford heels (and you don’t)
Emma Watson: I only own eight pairs of shoes
Kate Middleton’s favorite boots are on sale again!