The wreckage of a small plane carrying six people — including Missoni fashion house executive Vittorio Missoni — was just located off the coast of Venezuela. 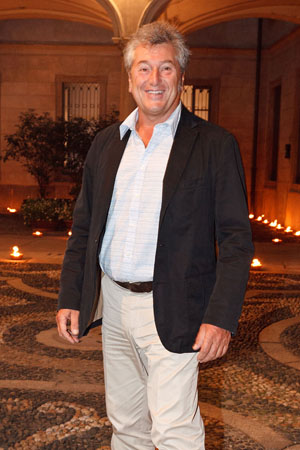 After months of searching, the wreckage of a plane carrying Missoni fashion company executive Vittorio Missoni has been located off the coast of Venezuela, the South American country’s interior minister announced Thursday.

The plane — carrying Missoni, his wife and four others — disappeared in early January after it departed from the resort area of Los Roques. It took nearly six months of intensive search to find the plane, though a piece of luggage thought to be from the plane washed up on the island of Curacao three weeks after the flight went missing.

Vittorio — who ran the company with siblings Luca and Angela — is credited with transforming the company’s signature knitwear and zigzag patterns into a $100 million business beloved by celebs like Nicole Richie and Katie Holmes. The brand’s lower-priced collection for Target stirred up an absolute frenzy among budget-conscious fashionistas, causing the Target website to crash several times.

“At this time, efforts are underway to recover the wreckage,” the passengers’ families said in a joint statement. “The families would like to thank the Venezuelan and Italian governments for its commitments in finding the wreckage and the family is confident that the investigation into the cause of the incident.”

The Missoni brand will go on, but Vittorio’s death will no doubt have a lasting impact on “one of the most important Italian fashion families,” W magazine editor in chief Stefano Tonchi told CNN.