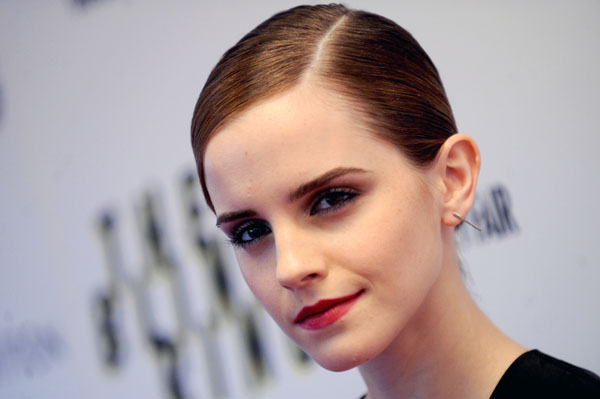 Emma Watson can command custom couture pieces from any top designer, but The Bling Ring actress swears she doesn’t use a huge closet for all of her clothes and accessories — she doesn’t need it!

“I’ve got about eight pairs of shoes and that’s it,” the actress told Radio Times earlier this week. Her go-to shoe? “[I’ve got] 4-inch, little brown Bebe shoes.”

Seriously: The actress with an estimated $40 million net worth prefers to mix $100 shoes with her Valentino, Chanel and Givenchy. She kind of sounds like another British woman we love.

“I don’t like to accessorize too much because I want people to see me first and my clothes second,” she told the magazine.

So that’s what makes her role in Sofia Coppola’s decadent take on the group of real-life celebrity burglars all the more impressive. The actress — who portrays the wealthy pilferer Nicki in the just-released film — said she doesn’t quite understand why Paris Hilton buys so many useless things.

“She could never wear all of those clothes and half of them were brand new and still had the price tag on,” Watson said of Hilton. She was able to see the socialite’s decadence firsthand because some of the film’s unbelievable scenes were filmed in Hilton’s home.

“But I suppose she just bought them to have them. We’ve all bought things on impulse but that’s an entirely different thing,” Watson added. “It’s almost like consumerism as a form of kleptomania.”