There are countless unforgettable sites around the world, but not all of them are built to last (withstand crowds or environmental damage). Our expert weighs in on some of the top spots to visit around the world that may not stick around forever. Go now — before it’s too late. 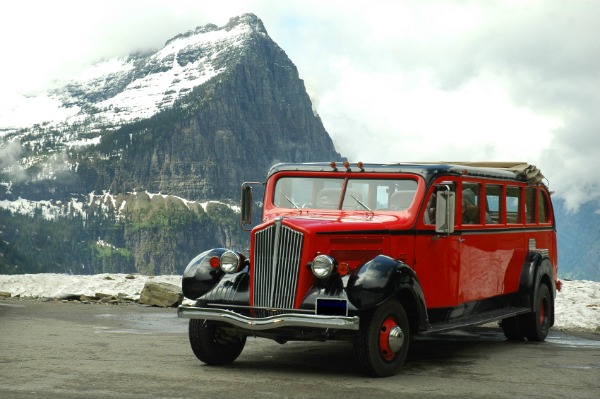 We caught up with Greg Aiello, host of Motion — the featured adventure and travel show for the Live Well Network (LWN). He shares a few key spots that he believes to have the highest threat of vanishing.

If you’ve never had the pleasure of visiting Glacier National Park, there are an ample number of reasons a nature lover should go. While it happens to be one of Aiello’s favorite locations covered for Motion, it’s also at risk. “There’s a lot of info and statistics on these particular glaciers, but many of them will be completely gone in our lifetime,” he tells us. “This is still one of the most scenic locations in our country, and everyone should see it at least once.”

Australia’s Great Barrier Reef is something Aiello describes as “one of the saddest marine stories on our planet.” The bleaching of this vast expanse of coral is happening at a staggering rate. He suggests that anyone who’s ever dreamed of visiting this place should do so as soon as possible. According to researchers at the Australian Institute of Marine Science, the Great Barrier Reef has lost half of its coral since 1985.

One of the most sought after non-technical mountains to climb in the world, Tanzania’s Mount Kilimanjaro is also at risk, notes Aiello. “Its majestic glacier has reduced in size by 80 percent since 1912, and scientists believe the ice will be completely gone by 2020,” he says.

Another one of Aiello’s favorite locations visited for his show, the Everglades, are changing in a way that isn’t positive. “It’s really heartbreaking to see the change that has already occurred here,” he says. The cause of the destruction is irrigation. “Canals diverting waters from the wetlands have shrunk the size of the Everglades by more than half its size since the turn of the century.” 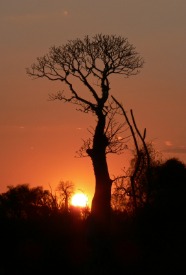 One of the most unique and interesting places to visit (and a fixture on many bucket lists) is Madagascar. Off the Southeast coast of Africa, this location is diverse but losing much of what makes it so special. “The amazing number of endemic species here is staggering,” says Aiello. “But many believe that the forests, and animals that rely on them, could all be gone within 40 years.” Deforestation is threatening to deplete the island’s wildlife and changing its ecosystem forever.

You’ve seen the gorgeous photos of those over-the-water bungalows with azure water beneath. But if you don’t go to the Maldives soon, it may never be the same. “Most scientists believe there is virtually no hope for the Maldives. If global warming continues to raise sea levels by melting ice caps, then the lowest nation on earth will be submerged,” explains Aiello. “This will happen with only 8 feet of sea level gain. Visiting there is one of the most beautiful tropical experiences anyone can have — but do it quick.”

Lesser-known national parks
Frequent Flier: Travel guide to Sarawak, Borneo
Surviving a long flight: What to keep in your carry-on