What if you could help change the world, and it only took $7 and seven days? That’s the challenge that Sevenly.org poses to those who want to help in a meaningful and effective way.

The founders of Sevenly.org didn’t start the company to make money — they started Sevenly.org to give money away.

At the ages of 26 and 19, Dale Partridge and Aaron Chavez had already come to the conclusion that it takes many a lifetime to realize: money does not buy happiness. At the time, Dale owned several successful businesses and Aaron was a social media mogul with millions of loyal followers.

In April 2011, they met while working on an unrelated project. It was then that they struck up an eight-hour conversation on the topic of poverty. They recalled the pinnacle of the exchange: “The biggest problem isn’t just the fact that millions are in need,” Dale remarked, “it’s the fact that billions are watching it happen and they don’t care. We are the problem. How can we fix us?” 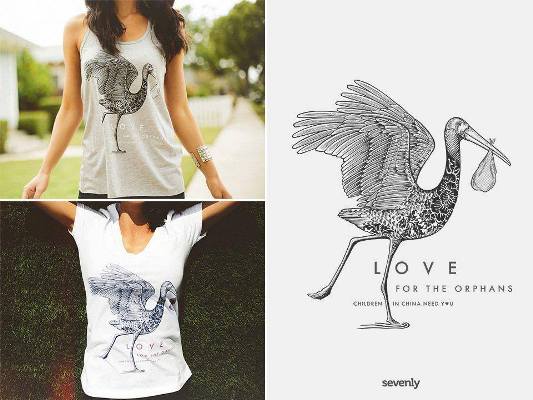 At the same time, they also realized that the last thing people wanted is to be solicited for yet another donation where they had no idea how their money was being spent. People wanted knowledge, trust and connection. As they began researching, they realized that hundreds of worthy charities closed their doors every year due to a lack of funding and awareness. They failed because they were not reaching this generation in the most effective ways, namely by successfully utilizing social media like Facebook, Twitter, Pinterest, Instagram and more.

People wanted to help, but needed help themselves in deciding which charities to trust, what causes to address and why they should care.

It was then the idea of Sevenly.org was born. It was a perfect marriage between what the market needed and Dale and Aaron’s personal need for more meaning and fulfillment. Inspired by their faith and a sincere belief that all people matter, Dale and Aaron left their businesses to dedicate their lives to Sevenly.org.

“What if we introduced a new cause and charity to our supporters each week?” Dale suggested, “We can educate them on each charity’s mission and allow them to become a walking billboard for the cause by wearing a fashionable, beautifully designed shirt.”

Dale and Aaron decided that for every item sold, they’d donate $7 to that week’s charity. The product would only be available for seven days, and after that, could never be purchased again. 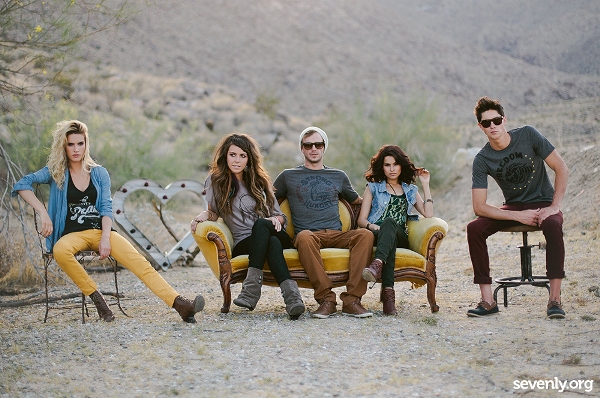 Leading a generation toward generosity

On June 2011, the Sevenly.org website launched, and within hours, they knew it was a hit.

“It was a humbling moment,” Dale recalls. “It was a moment when we realized that thousands of other people believed what we believe, the belief that people matter.”

Today, Sevenly’s team of world-changers continues their vision of leading a generation toward generosity by building Sevenly.org into the world’s largest cause-awareness platform. In less than two years, Sevenly.org has raised nearly $2.5 million for charities around the world, and is one of the fastest-growing cause-related companies.

Be sure to check out what Sevenly is doing to change the world this week. >>