Tired of being the only one who has nothing to say about Mad Men? Have anxiety attacks at the thought of an Emmy party? Never fear! This guide will help you through the nebulous territory known as “Faking your way through a Don Draper conversation.” 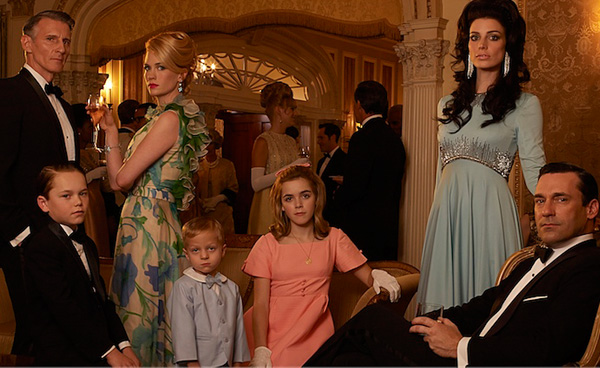 This is an ensemble show with a large, talented and often changing cast. The actors and characters you must, must know in order to avoid looking like a person who has been living in a hole for the past six years are as follows:

Step 2: Have a few talking points

Always have a few solid talking points in your back pocket — ones that you can whip out to distract the masses. Examples are as follows:

Step 3: Go on the offensive

Sometimes, the best defense is a good offense. When confronted with a large, AMC-drooling Mad Men devotee, one-up his or her fandom. Say things like “Oh, you do things on Sunday nights? I can’t do anything because of Mad Men.” Boom.

If all else fails and you’re drowning in a sea of Sterling-Cooper-Draper-Pryce, just say, “The fact that Jon Hamm has not won an Emmy is a travesty, a travesty, you hear me?” That’s a several-day conversation that’s sure to produce a lot of passion.

Bite the bullet and watch Mad Men. And in the meantime, can you believe that Jon Hamm hasn’t won an Emmy? Travesty, I tell you!